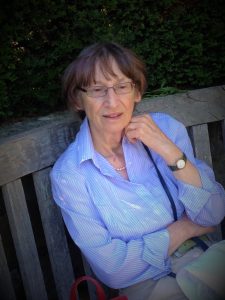 It is with enormous sadness that we report the sudden death of Marion O’Brien on 21 October, who worked for the School for 33 years until 2010.

She supported academics and the Convenor of the Economics Department from 1976-84, then worked as Manager of the Centre for Labour Economics and later for Richard Layard and John Van Reenen at the Centre for Economic Performance.

Marion was a truly exceptional human being who gave everything of herself to support others.

Her wisdom, wit, warmth and selfless enthusiasm will be remembered by the many generations of academics, students, and international visitors to the School whose projects and plans she enabled and whose lives she touched in unforgettable ways.