Calls for a written UK constitution are not new, but, Sir Stephen Laws argues, a move from a ‘political constitution’, like the one we have, to a ‘legal constitution’, in the form of a new written one, risks paralysing the flexibility that has made the UK model so successful.

I worked at the interface of government, Parliament and the law for 37 years, led the drafters of UK legislation and gave constitutional advice. I’d like to share with the project my doubts about the practicability and wisdom of a written constitution for the UK.

One of the first things new legislative drafters learn is that Acts of Parliament can do only one thing: change the law.

Legislation is likely to go wrong when elements of this process become disconnected. One common risk is the making of false assumptions about how the legal policy might serve a particular political objective. An obvious example is an assumption that prohibiting the way people currently achieve X will prevent them from wanting to achieve X, so they will not try to find another way to achieve X.

Another risk is that, in the development of the legal policy or the polishing of the drafting, those involved will lose sight of how that policy connects with the political objective. Both the political objective and the legal policy are likely to involve modifications of complex systems. Modifications of each will have effects elsewhere in that system, and on the other. Legislating involves assessing the likely impact throughout both systems of the proposed changes.

Written constitutions elsewhere generally have their origins in a political desire for a new start: a change from what went before, often a revolutionary change. They cannot be written without an understanding of the nature of the change that is desired in practical terms, or without sufficient political support for that change.

There are substantial and in my view unacceptable risks in trying to write a constitution first and then working out what changes that produces and whether together they produce a complex system that constitutes an improvement. It is necessary, first of all, to identify what, in practical terms, an improvement would be.

The change from a political constitution to a legal one

Another thing legislative drafters learn, but usually through experience, rather than on day one, is that the fact that the only thing an Act can do is change the law also means that an Act that is not intended to change the law is at best very difficult and often actually impossible to draft. There are many reasons why this is true, but the easiest to explain is that a change of form is usually inseparable from a change of substance inherent in the adoption of a new form.

The political nature of the UK constitution is clearly encapsulated in the doctrine of Parliamentary Sovereignty: the conceptualisation of the fact that, in the last resort, politics can always trump law; and that is supported by the principles of Parliamentary privilege (the assertion by Parliament that certain important matters relating to Parliament and its processes are constitutionally beyond the jurisdiction of the courts).

The relationships between the different institutions of the constitution, such as the Government and Parliament, and the two Houses, are not governed by law. In practice there are no enforceable rules as to how the relationships are conducted; and there is, and can be, no impartial authority to interpret the rules. Instead, the relationships are governed by political factors, in the light of some broad, generally accepted principles; and “constitutional” behaviour is incentivised by the political not legal consequences of a departure from the norm.

A written constitution can balance powers to produce a legal deadlock if compromise is not achieved, and must use legal consequences as an incentive for constitutional good behaviour. In the political constitution the incentive to behave in accordance with established practice tends to be the price that would have to be paid in political terms (e.g. the expenditure of extra Parliamentary time or loss of limited political capital) for cutting across the grain of the constitution. Debate on big issues concentrates on the merits of the issues, not on their compatibility with rules dreamt up in advance. Legal deadlock or delay is avoided. A cut across the grain is always possible if the politics make the political price worth paying, including sometimes the risk that a departure from established practice will result in the system rebalancing itself to the detriment of the person who has made the departure

A written constitution for the UK seems to me to lead inevitably to a change to a legal constitution in which the judiciary are asked to involve themselves even more in matters that are currently a matter for politics. If not, how not? And if so, would that be desirable?

My view is that there is great value in a political constitution, and that it would be wrong to abandon it in favour of a legal one.

For me a political constitution is more authentic. The fact that, in the last resort, politics always trumps law is probably true of all constitutions and, for me a constitution that is built on an acknowledgement of that fact is preferable to one that promotes the delusion that order and goodness can be secured just by the existence of rules.

The political constitution is also for me more democratically mature. The politicians who are democratically accountable are required to take responsibility for all the things they do. They cannot escape responsibility for their omissions on the basis that they were prevented by the rules from acting; nor can they expect to escape responsibility for their commissions on the grounds that what they have done was not prohibited by the rules. A society needs leadership from its politicians on the big issues of the day. If the big issues are left to the judiciary, leadership is absent, because the judiciary’s commitment to impartiality is incompatible with the exercise of leadership.

And, finally, for me it is important that the political constitution is more radical. It is more conducive to change and adaptation, when political pressure requires that. The capacity to adapt and change in response to real world changes that affect it is essential to any society in a fast-moving world. Politics is largely about change and a desire to improve things. The law, on the other hand, as Prof Cass Sunstein, amongst others, has shown, has an in built partiality for the status quo. A written constitution is bound to some extent to entrench and crystalize a view of the world that is current when it is enacted. That seems to me to carry significant risks.

So is there a problem that a written constitution might solve? One that I can concede does exist is that the complexity of the political constitution makes it difficult to explain and to understand. That, in turn, makes it difficult, particularly in a more diverse society, to attract loyalty and commitment from those who live in the society to which it applies. Is there a way to solve that problem without running all the risks of scrapping elements of the existing system that have such value?

Sir Stephen Laws KCB, QC(Hon), LLD(Hon) is a lawyer and civil servant who served as the First Parliamentary Counsel between 2006 and 2012. As First Parliamentary Counsel, he was responsible for giving constitutional advice to the Cabinet Secretary and to the Cabinet Office on various topics, including Ministerial appointments & Government formation. He tweets from @sc_laws. 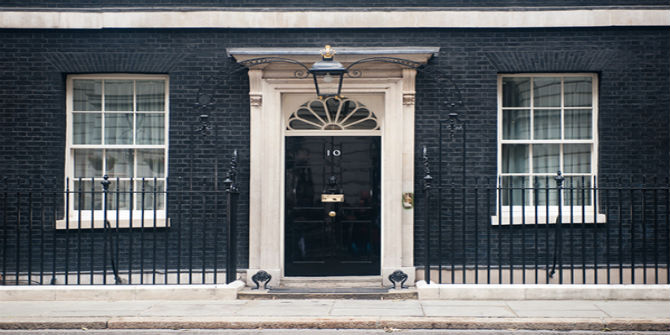 Abolish The Lords, Elect The Senate