Donal Coffee and James Hand discuss the prospect of a constitutional convention and the question of Lords reform in light of Ed Milliband’s statements on a senate of the regions.

Ed Miliband’s recent proposal for ‘an elected Senate that properly represents the towns, cities, regions and nations that make up the United Kingdom’ included reference to a ‘UK-wide Constitutional Convention’.

There has, of late, been increased talk of a constitutional convention, fuelled particularly by the Scottish Referendum and the question of devolution. Earlier this year, the Labour Peers Working Group proposed that there should be a convention to consider ‘the next steps on further reform of the House of Lords and any consequential impact on the House of Commons and on Parliament as a whole’ (para 3.14) but there was support for a wider constitutional convention when their report was debated in the House of Lords. Ahead of the Labour Party conference, the day after the Scottish Referendum result, Ed Miliband announced that a full Constitutional Convention would be set up in 2015 to discuss further devolution and reform at Westminster. As noted above, his more recent announcement that the House of Lords should be replaced with a senate of the cities, regions and nations again refers to the ‘UK-wide Constitutional Convention’ but its role seems to have changed markedly in the six weeks between announcements. The proposal for such a senate was greeted with arguably unfair allegations of hypocrisy following Labour’s role in the demise of the Nick Clegg’s House of Lords Reform Bill 2012 but of greater concern is the premise behind the proposal and the role of the UK-wide Constitutional Convention.

In his announcement of a Constitutional Convention for the UK (two days before the Labour Party conference and some six weeks before his Senate announcement), Ed Miliband stated that the convention would not look solely at devolution matters but also ‘look at new ideas for representation including reforms at Westminster and the case for a Senate of the Nations and Regions’ (emphasis added). Within those six weeks, the role of the convention had gone from considering the wider constitutional position and the case for a senate as part of that to, as regards the legislature’s second chamber, working out the details of the prescribed ‘solution’ (the abolition of the House of Lords and its replacement with a senate) and how it might fit with further devolution. Under the original announcement, the convention would have considered whether the idea of such a senate was the best way forward in light of the whole evolving constitutional settlement and not be solely restricted to the details. The changing state of local government was enough for Harold Wilson to defer consideration of specific regional membership of the Lords in the 1968 White Paper (Cmnd. 3799, para 23). Ed Miliband – who places great emphasis on regional representation and representation from our ‘great cities’ at the same time as his local government spokesman talks of counties rather than regions – has, however, sought to determine the outcome for the second chamber before the devolution (and indeed the consequential powers of the House) has been considered by the convention he intends to set up.

In the debate on the 2012 Clegg Bill, Baroness Boothroyd, the widely respected former Speaker of the House of Commons, asked ‘in the simplest and most mundane terms that [she could] command: in what way would the nation benefit and parliamentary proceedings be enhanced by the abolition of this House of experts and experience, and its replacement by a senate of paid politicians?’ Judging from his recent announcement, Ed Miliband’s response today would be that there would be ‘greater representation for the regions’. In his speech he said ‘[i]t cannot be right that the North West has almost the same population as London but only a small fraction of London’s number of peers… London is our capital and one of the world’s great cities but it cannot be right London has more members of the House of Lords than the East Midlands, West Midlands, Wales, Northern Ireland, the North East and Yorkshire and Humber added together.’ No source is given but the wording is very similar to a 2008 analysis by the New Local Government Network (p.15). This report looked at main residences for expenses purposes and showed a heavy London/South East and rural bias. However, looking at residences is a very misleading approach. As the House of Lords Library Note on Regional Representation in the House of Lords notes, citing Russell & Benton, just because many members have a London home does not make the House ‘London-centric’, not least as if they are active members a base in the capital is sensible (p.8). Furthermore, people have other ties to areas such as where else they live and have lived or have worked. The Library note attempts to address this by looking at territorial designations within titles and this does show a much wider spread of locations with, for example, Greater Manchester and surrounding areas well served (p.14). This, too, however does not give a full picture as it excludes those peers who do not have a location in their title and the choice of title is only one facet of somebody’s ties. For example, Lord Callaghan of Cardiff took his title from his constituency but was born and educated in Portsmouth and later farmed in East Sussex.

It may be that the current proposal for the senate, and the emasculation of the convention, owes more to current political machinations than considered constitutional reform. It could be seen to form part of a broader Labour scheme to answer the West Lothian question without adopting the recommendations of the McKay Commission. This Commission proposed that decisions effecting England, or England and Wales, should be taken only with the consent of a majority of English, or English and Welsh, MPs. In contrast, the Labour proposals seek to devolve power to the English regions (howsoever defined), which would affect the McKay reasoning by fundamentally altering the relationship between Westminster and the English regions. Lords reform is the copestone to this devolution project. Ed Miliband’s progression from a possibility of Lords reform to be determined by a constitutional convention in the immediate aftermath of the Scottish referendum, to his determination that the convention would merely set out the terms of such reform may have been a response to David Cameron’s recent call for an English-centred settlement of the West Lothian question.

If a well-constituted constitutional convention, with power to look at the whole picture, concluded that a federal or quasi-federal system was appropriate, then there could be clear scope for the second chamber to be a House – or Senate – of the Regions. However, that is far from the case that Ed Miliband is now making. If he succeeds, the destruction of a highly respected second chamber (albeit one in need of evolutionary reform) on such flaky foundations could be highly detrimental to our legislature and the legislation it produces.

James Hand is an Associate Senior Lecturer at the University of Portsmouth.

Donal Coffey is a Senior Lecturer at the University of Portsmouth.

This article originally appeared, in a slightly different form, on the UK Constitutional Law Association blog. This article gives the views of the author, and not the position of ConstitutionUK, nor of the London School of Economics. 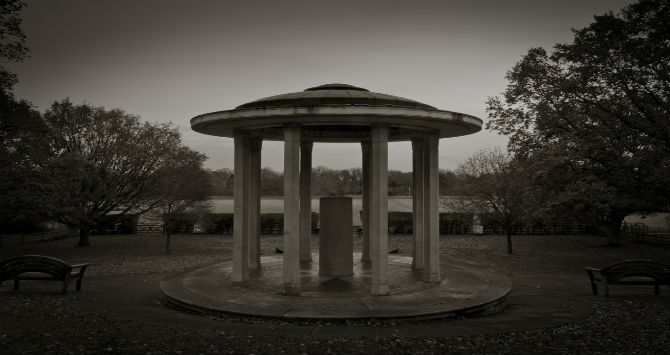 What is a Constitution? 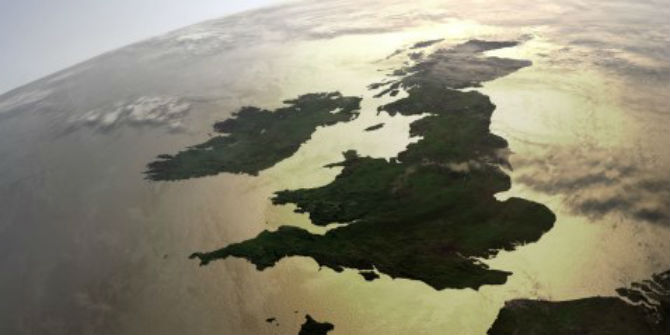