COVID-19 pandemic, trade wars, and deadlock at the WTO mean that rules-based trade is under pressure. But the show must go on, and it is the EU that must take the lead as an ‘honest broker’, writes Aljoscha Nau (German Economic Institute).

Rules-based trade is under attack and the World Trade Organization (WTO) is at risk of marginalization. The COVID-19 pandemic and its detrimental effects on public health, global supply- and value chains and industrial production, have brought back national export restrictions and stopped the free flow of goods and people. Buzz words such as ‘decoupling’, ‘sovereignty’ and ‘autarky’ quickly returned to the global stage. However, COVID-19 is not the first shock to global trade. The WTO is already facing an existential crisis due to a deadlock in negotiations, blockage of institutional reforms and paralysis of the dispute settlement mechanism (DSM). Nevertheless, there might be hope, with countries experiencing the effects of disrupted trade and understanding: The show must go on!

The International Monetary Fund estimates that the global health crisis could result in a 3 per cent decrease of global GDP this year and the EU Commission predicts a drop in EU GDP by -7.5 per cent in 2020. This recession will have severe effects on global trade. In Europe alone, it might result in a decline of 9.2 per cent in EU exports and 8.8 per cent in EU imports from third countries in 2020, according to the EU Commission’s DG Trade Chief Economist (2020). Simultaneously, the COVID-19 pandemic will lead to a major re-thinking of global supply- and value chains. Countries and companies will try to decrease dependency and seek to increase their resilience through geographical diversification. Prices and ‘just-in-time’-production will be replaced as the only criteria, while globalization critics might gain more traction. Thus, the Corona-crisis and its effects on global trade could reinforce three trends:

We are at crossroads: The Corona pandemic could either lead to more state interference, decoupling and marginalization of global trade action or it calls for an unprecedented level of multilateral cooperation. There is hope for the latter because trade can serve as a powerful, low-cost, and immediate crisis response by securing the free flow of medical goods and coordinating logistics. Besides, trade will be essential for a speedy recovery of the global economy. Geographical diversification of supply- and value chains must not mean decoupling.

In times of the COVID-19 lockdown, it becomes evident that global trade is vital to our survival. The free flow of goods and services, functioning supply chains and frictionless transport are essential for the global economy. While national trade restrictions aimed at tackling COVID-19 challenges and securing public health are legally in line with WTO rules, under the SPS Agreement and the TBT Agreement, the pandemic calls for collective trade action and a global crisis response with the WTO as the main negotiating and coordinating forum. What next steps should be taken?

First, global solidarity in times of COVID-19 means to remove trade restrictions (on medicine/ medical devices, PPEs, food supplies) and lower technical barriers to trade as soon as possible. National stockpiling is the wrong approach. Fortunately, countries like Germany start to gradually scale back export restrictions and EU Trade Commissioner Phil Hogan emphasized in the European Parliament on 21st April, that these restrictive measures must only be temporary. Soon after, the EU Commission adjusted its Export Authorisation Scheme. Second, transport and logistics are crucial. After more and more EU member states closed their borders, leading to bottleneck border crossings in Poland or Hungary, the European Commission (2020b) implemented so-called “green lanes” on 23rd March for the free flow of essential products. Going through these “green lanes” border crossings, including any checks and health screening, should not exceed 15 minutes. On 24th April the EU and 21 other WTO members then took further steps by pledging to ensure the well-functioning of global food supply chains. Third and most importantly, the WTO should lower tariffs and non-tariff barriers on pharmaceuticals, PPEs, medical devices, and other health-related products. The starting point could be the WTO Trade in pharmaceutical products (GATT, 1994) initiative. González (2020) further advocates medical services trade reform and trade facilitation for e-health services. The EU already has low tariffs, thus the Directorate General Trade announced to allow EU member states to suspend import tariffs and Value Added Tax (VAT) on medical products. Furthermore, this week the European Parliament’s Trade Committee (INTA) will discuss with Trade Commissioner Hogan on how to make supply chains more resilient and INTA will vote on EU action to ensure the global provision of medical equipment and medicines in the future.

Trade will be essential for a speedy recovery of the global economy. The WTO can profit from the momentum for collective action and governments should “collectively promote greater global alignment between public health and trade policies to save lives” González (2020) by using the WTO as the coordinating body. However, to make trade the post-COVID19 engine of economic recovery, there is no alternative to WTO reform, given that the economic balance in the world has changed – while the WTO has not.

Since the end of the Uruguay Round (1994), no major breakthrough in trade policy has been achieved and the WTO has lost relevance due to its failure to deal with structural challenges – such as Chinese state capitalism – and most importantly, to uphold a well-functioning monitoring and dispute settlement system. After Washington froze the 25-year-old dispute settlement system last December by blocking appointments of new judges to the Appellate Body, the WTO was set to become a paper tiger. However, the EU and Canada established an interim appeal arbitration mechanism in early 2020, which became effective on 30th April and now counts 17 WTO members, including China, Brazil, and Mexico. While the interim mechanism did not replace the Appellate Body and remains “in place only and until a reformed WTO Appellate Body becomes fully operational” (WTO, 2020), it ensures a two-step dispute settlement system and is an important action to secure fair and rules-based trade. Besides, by accumulating a critical mass of countries, the EU has signalled its intention to lead a like-minded coalition of progress and reform.

Onwards, the EU should act as an ‘honest broker’ between the USA and China. Especially now, when the WTO is without institutional leadership as the head of the organization, Roberto Azevêdo, is stepping down from his post a year before it expires. As witnessed during last year’s trade war, the EU is the only player able to bridge the gap between liberal market economies and China. While the EU cannot on its own re-instate the WTO’s credibility, as one of the most open markets in the world (if one neglects the strongly subsidized Common Agricultural Policy), a global standard-setter in labour standards, digitalization and sustainability (i.e. European Green Deal) and strategic economic partner of both, China and the USA, the EU can mediate between conflicting parties and lead like-minded coalitions. This is crucial, given that Washington’s freeze of the dispute settlement mechanism was an open protest against Chinese state capitalism, which is challenging the liberal “understandings” of international trade (Mavroidis / Sapir, 2019), and the WTO’s inability to deal with this systemic challenge. The USA’s cost-benefit-analysis of WTO membership has shifted and institutional reforms at the WTO will take time and political will. However, overall, the WTO remains a valuable public good worth preserving and WTO membership has contributed to welfare gains in most member states, causing a total increase in prosperity of around $ 855 billion between 1980 – 2016, according to Felbermayr et al. (2019). WTO membership pays off by generating income gains, especially for export-oriented countries (Germany, $ 66 bn.) and the big three trading blocs (USA $ 87 bn., China $ 86 bn., EU).

Meanwhile, WTO members now have the chance to make the institution fit for the future by updating its rulebook, by advancing future trade policy in digital trade/e-commerce and services, and by implementing sustainability rules. Here, Nau et al. (2019) claim that a like-minded coalition, led by the EU, can develop trade rules for the fourth industrial revolution. To guarantee the free-flow of data and uphold digital standards, which are vital for the future of global value chains, key players in China and the USA with its GAFA-companies, need to be integrated. Furthermore, by incorporating the General Data Protection Regulation (GDPR), as well as the recent European Digital and Data Strategy (European Commission: 2020), the EU can become a global standard-setter of its own. Successful and pragmatic cooperation on these ‘sideshows’, paired with a functional interim dispute settlement mechanism, could function as a catalyst for WTO modernization and restore trade as an engine of economic recovery post-COVID-19.

Posted In: Economics and finance | Politics and global governance 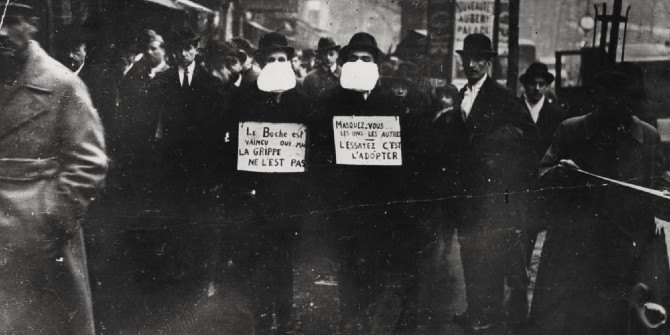 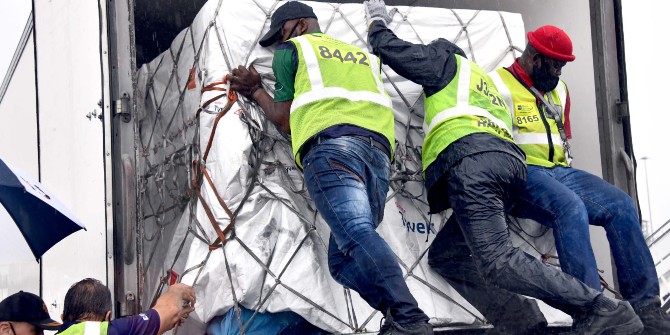