A rapid lockdown initially contained COVID-19 in Hungary, but now the country is struggling with a second wave. Much of the vaunted crisis package was designed to prop up Viktor Orbán’s kleptocratic business empire, and his threat to veto the EU budget recognises the danger the rule of EU law poses to his ‘Empire’, writes Júlia Király.

The Hungarian economy was undoubtedly much less vulnerable in 2020 than it was in 2008. Un-hedged, private foreign exchange-denominated loans had completely disappeared, the balance of payments was positive, and external and government debt was steadily falling (though it was still the highest of the newest cohort of EU members). It seemed that Hungary had learnt from the global financial crisis.

Nonetheless, during the past decade both monetary and fiscal policies were extremely pro-cyclical, especially in the past five years. The fiscal deficit was never positive and the monetary stance was extremely loose. Inflation was beginning to exceed the central bank’s 3% target. This left little room for manoeuvre.

When I spoke at a conference in Budapest in March 2020, I emphasised that Hungary’s Achilles heel was Orbanomics – which has been scrutinised by János Kornai and Bálint Magyar. The core element of Orbán’s economy is the Orbanian (Galactic) Empire, a loose, opaque network of holding companies and investment funds owned by friends, relatives and subordinates of the Prime Minister. The Empire enters those industries – especially construction, retail business, tourism and lately banking – that do not compete on the export markets.

It is difficult to assess how deeply the Empire is rooted in the economy and how wide is its total span. The Empire is based on rent-seeking and audacious corruption. Several objective indicators support the argument a crony system and a kleptocratic state operate in the field of public procurement in Hungary, especially focusing on the appropriation of EU funds. These processes clearly contradict the rule of law of the European Union. Nobody would be surprised – I ended my lecture – if the Malaysian 1MDB story were to be replicated in Hungary.

One week after the conference the Prime Minister announced an almost complete lockdown: schools, colleges, universities, theatres, restaurants, cinemas and almost all shops (except those selling essentials) were closed. This very early and almost complete lockdown initially contained the pandemic. However, the second wave in September, when lockdown was late and partial, was accompanied by exponential death rates.

The economy ground to a brutal halt. In June, the governor of the Central Bank had been dreaming of a 3% growth for 2020, but the second quarter figures cooled his expectations. Hungary suffered one of the deepest recessions in the EU (-14,5% compared to Q2). Only those who had believed the government’s propaganda, were surprised. They were told that Hungary enjoyed the biggest crisis package in Europe, and the government was spending more than 20 percent of GDP on fighting the pandemic and saving the economy. This figure is totally misleading.

First, one of the first measures was the introduction of a moratorium on credit until the end of the year, which was recently extended until the middle of 2021. It was different from similar measures in the rest of Europe, since it was an opt-out system – customers had to call banks to announce that they would continue repayments. The government figure of 20% assumed that nobody would choose to opt out, whereas more than 50% of customers did.

Second, several programmes which had nothing to do either with the pandemic or the economic crisis were funded from this package (eg the future World Hunting Exposition, the World Eucharistic Conference, special investments in sport).

Third, the government’s policy response did not address the needs of large swaths of the population who were in dire straits as the economy slowed and unemployment soared. Hungary’s government passed a special Hungarian version of the German Kurzarbeit scheme, which compensates only a small proportion of those employed part-time and not in each crisis sector. The government has also not adopted any measures to address the needs of the large number of Hungarians who face losing their jobs. The three-month unemployment insurance was the shortest in the EU pre-crisis, and no extension has been announced. Nor have there been any announcements of substantial income support programmes to support families in need. The government has instead focused on a “work-based society” programme: the idea is that people should not get government help unless they work.

Fourth, a large part of the stimulus that the government offered was directed towards particular industries where the Orban Empire was particularly influential. Special subsidised funds distributed through the state-owned Development Bank and other state-owned funds were directed to the Orban Empire, for example to renovate Empire-owned hotels. The Central Bank launched a special bond-buying programme aimed especially at Empire companies, and purchased 30-50% of their bond issues.

It is hard to know the truth about the spread of the pandemic in Hungary. Daily figures are often revised on the official government site, or are published with significant delays. Statistical figures are unreliable: none of the experts can tell whether job losses due to the pandemic are 100,000, 200,000 or even 500,000. The Central Bank increased the relevant policy rate secretly, while the official policy rate was cut twice.

Now Orban is threatening to veto the EU budget. This is no accident. Orbán perfectly understands that adopting the EU rule of law would slow down the appropriation of EU funds, and would weaken his Empire. One of the most important lessons of the global financial crisis was that without cross-border solidarity, crises cannot be resolved. Orbán can never learn this lesson – it is against the interests of his parasitic Empire. However, we have learned from history that parasitic empires sooner or later collapse.

Júlia Király served as deputy governor of the Hungarian Central Bank during the global financial crisis (2007-2013). She is the author of Hungary and Other Emerging EU Countries in the Financial Storm: From Minor Turbulences to a Global Hurricane (Springer).

Posted In: Economics and finance | Governance and state capacity | Politics and global governance | The macro economy 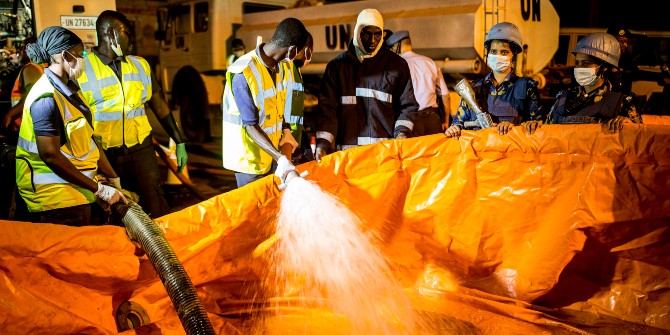 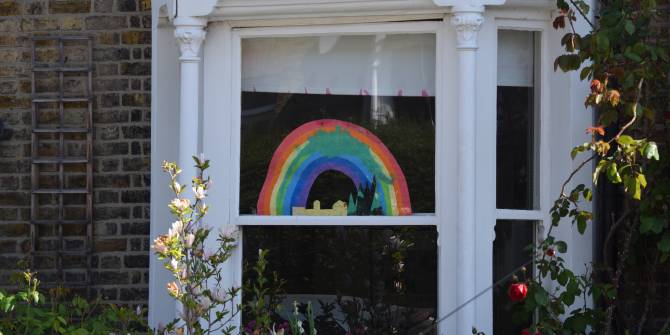 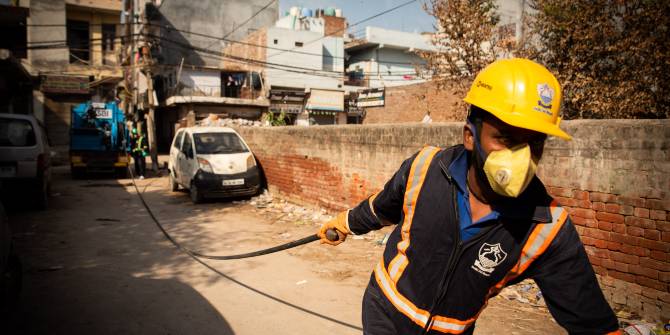