Although Britons’ trust in national government rose during the first lockdown, it quickly fell back to pre-pandemic levels and has not recovered despite the vaccine rollout. Yet confidence in local government and communities has endured. Joanna Thornborough (British Academy) looks at why, and how we can make the most of it.

The early stages of the first period of lockdown saw a substantial rise in trust in government and the decisions it was making, with 32% of people saying that they trusted politicians in May 2020, according to Ipsos Mori. Shortly thereafter the level of trust began to decline, with evidence that it had fallen particularly dramatically amongst frontline and key workers. A notable spike in the level of political distrust coincided with, though was not necessarily entirely because of, the Dominic Cummings affair and subsequent press conference, with general political distrust rising to 65% at the end of June 2020. Levels of distrust continued to grow as certain sectors of the economy began to gradually reopen, related to a growing complexity in the rules around containment of the virus and how they were to be applied. This was compounded by challenges with the proposed track and trace response, as well as building public frustration as economic and emotional losses began to increase.

There was no repeat of the initial trust dividend seen in the first period of lockdown once infection rates began to rise again with the onset of a second wave and as restrictions started to be reintroduced. Levels of distrust remained consistently high through to October 2020, with levels of general political distrust rising from 57% to 61% through December 2020, straddling the imposition of Tier 4 restrictions on London and the South East of England.

The successful progression of vaccine roll-out seems to have done little to recover trust in national government, with recent survey data to March 2021 showing 54% doubting the UK government’s competence in tackling the pandemic even at a time when 40% of the population had been vaccinated and a timetable for emerging from lockdown had been announced.

A year on from the start of the first UK lockdown, the British Academy published an independent review on the long-term societal impacts of COVID-19, which had been requested by the Chief Scientific Adviser, Sir Patrick Vallance. It identified nine areas where COVID-19 may leave a legacy of long-term impacts on society. One finding that stood out was continued low and unstable levels of trust, particularly in national government.

This has come at a time when levels of data collection and surveillance and restrictions on public life in response to the pandemic have pushed the boundaries of what people normally consider to be acceptable. The impact of public health measures, whether that be a contact tracing app, a tiered system of lockdown, or vaccine passports, depends on the context in which they are deployed and who is employing them. Where low personal concern combines with low trust in government it has resulted in what has been termed ‘distrustful complacency’, a predictor of non-compliance with rules.

The pandemic has highlighted tensions that already existed between safety and security and personal freedoms and privacy. Survey data from mid-April to mid-August 2020 published by the Reuters Institute for the Study of Journalism found that between 75% and 90% of people would probably adopt most of the preventative measures advised by government, such as handwashing, social distancing and mask wearing, but there was less willingness to download a contact tracing app; only 28% said that they definitely would and 22% said they probably would. An online deliberative exercise run by the Ada Lovelace Institute demonstrated that a transparent evidence base was essential to gain public trust and support for such measures.

History has taught us that the lingering effects of previous health crises or long held concerns around structural inequalities may also affect public trust in measures such as vaccines or the motives for gathering more health data. The speed of development means that it has not been possible to communicate the same detailed, long-term data on immune responses, effectiveness and various risks that would normally be provided when a new vaccine is introduced. There remain widely publicised safety concerns and questions about the efficacy of different vaccines against mutated strains of the virus. These are compounded by the legacy of previous health scares and misinformation around the MMR vaccine, which in turn were influenced by the memory of previous health scares and crises.

Our report also highlighted concerns that continued data gathering may intersect with existing structural inequalities or structural racism, with negative impacts for certain groups in society. A lack of trust in the motives of government and other bodies for the use of measures such as public health surveys is not a new phenomenon and was apparent throughout the 20th century. The evidence we have reviewed suggests that little may have changed.

By contrast, research commissioned for our report shows that trust in local government and feelings of local unity have remained higher than at national level, and local communities have become more important than ever. Only a minority have doubted the competence of their local council, and distrust in local MPs has also remained low in the region of 33% to 36% over the end of 2020 and the beginning of 2021, though a slight increase to 40% was perceived by March 2021.

Previous health crises have shown us that the relationships between different levels of governance are key in coordinating national responses to challenges and being able to adapt them to different localities and communities. Local and hyper-local charity, voluntary and mutual aid groups have been vital to the pandemic response, led by both established, funded community infrastructure and by increased voluntary engagement, particularly amongst the young, and there is real enthusiasm to continue these forms of engagement as we recover and look forward. Challenges remain, however, particularly around funding.

There also remain inconsistencies and a disconnect between the levels of governance. Local resilience forums, strategic coordinating groups, local governments and other local community groups have reported that they do not feel understood or trusted by central government and there has been difficulty sharing data effectively and in a timely manner between levels of government. Higher levels of community trust can also support the ability to reach vulnerable groups, mobilise mutual aid and counter misinformation where communication is rooted in people’s experiences.

The pandemic has highlighted the need to reassess how the roles and powers of central and local governments interact and communicate across a range of policy issues and provision. Empowering participation, engagement and cooperation across regions and communities can strengthen the capacity to identify and respond to local needs and challenges, fostering greater levels of trust.

This post draws on the British Academy’s independent review conducted at the request of Sir Patrick Vallance on the long-term societal impacts of COVID-19. The review produced two reports (available here and here) launched on 23 March, along with an evidence hub of the research which informed them. It represents the views of the author and not those of the COVID-19 blog, nor LSE.

Dr Joanna Thornborough is a Policy Adviser at the British Academy.

Mass Test and Trace programmes will be more effective if workplaces run them November 25th, 2020 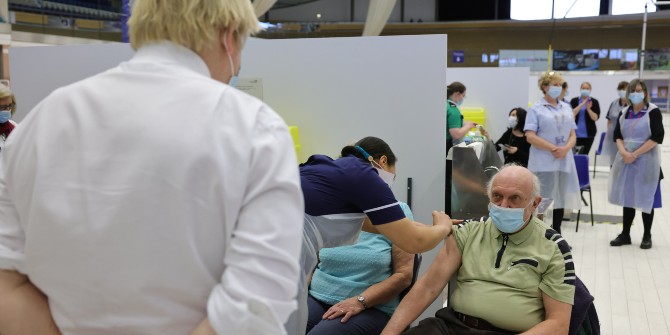 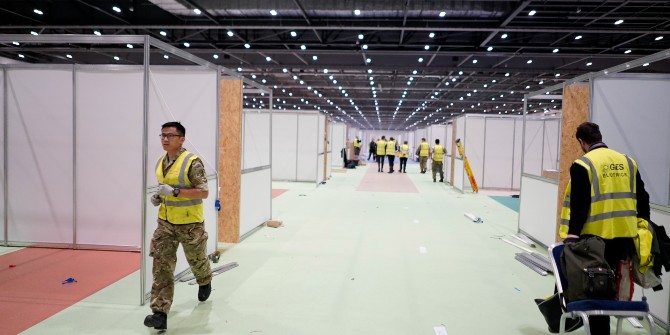 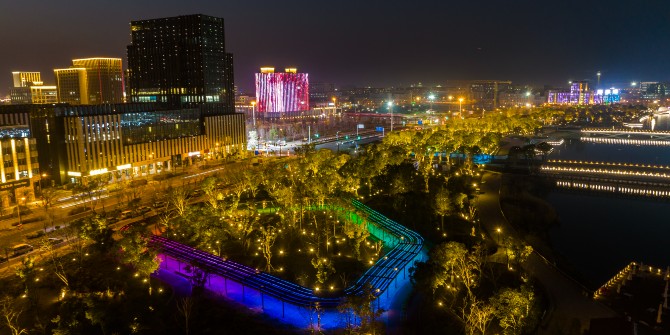