The Democratic Republic of Congo (DRC) is rich in minerals such as coltan, tantalum, tin and gold. All are coveted for their widespread use in modern technologies, like semiconductors for cars and mobile phones.

These minerals are widely held to be at the heart of over two decades of conflict in eastern DRC, involving dozens of armed groups in shifting alliances. These ongoing tensions have cost the lives of over five million people. Congo’s abundant minerals are considered a root cause of the conflict because the mines out of which they come are believed to be controlled by armed groups who exploit the minerals and use the revenue to fuel their activities, earning them the label “conflict minerals”.

Because of this, responsible sourcing initiatives were born with the hope that they would increase oversight on mineral supply chains. The idea was that they would enable consumers to demand that companies account for where their minerals came from to ensure that they are conflict free.

But are minerals really at the heart of the conflict? And do responsible sourcing efforts help?

To address these questions, the Danish Institute for International Studies and the International Peace Information Service launched a report on lessons learnt from 10 years of our research on conflict minerals in the DRC.

We found that even though some armed groups rely on minerals for funding, they do not fuel conflict in eastern DRC. This is because most groups in the area fund themselves in other ways, like roadblocks. Also, responsible sourcing programmes have their flaws. They don’t always work, they have had a negative impact on artisanal miners and in some areas have led to increased insecurity.

There are currently over 100 armed groups in eastern DR Congo.

About a dozen of them get significant revenue from mining. The NDC-Rénové, for instance, controls more than 100 gold mining sites in North Kivu. For such armed groups the profits involved can be a driver of their activities.

But this is a very small number of the armed groups operating in the DRC. Only a handful of them actively occupy mining sites. Instead, most rebel groups fund themselves in other ways, like taxing the local population, money from political patrons, or roadblocks on trade routes.

Our data also suggests that most armed confrontations are unrelated to control over mining sites and are instead related to other stakes – like revenge or control over strategic locations.

These findings suggest that it’s not minerals that drive the conflict, and that efforts to solve the conflict by acting on minerals fall dramatically short.

The belief that minerals drove conflict has led to responsible sourcing programmes.

Guidelines and regulations – like the US’s Dodd Frank Act – target companies selling products which might contain “conflict minerals”. They pressure them to monitor their mineral supply chains to ensure that they don’t contribute to conflict or human rights violations.

Initiatives also target supply chains in the DRC, monitoring the origin of minerals and the human rights situation along the supply chain, to reassure downstream buyers.

These initiatives have secured an ongoing outlet for Congolese minerals. Mines covered by the programs also experienced considerably lower levels of armed interference. It seems that the higher level of scrutiny involved constitutes a deterrent for armed actors.

But responsible sourcing – and the increased regulation it comes with – has also had unintended consequences.

One is that it’s had a negative effect on informal artisanal miners. Over one million Congolese rely on mining for their livelihood and they in turn support about five times as many people.

For instance in Rubaya, eastern Congo, after schemes were set up to trace the source and certify minerals, artisanal miners complained of rising poverty and unemployment. This is because traders – who purchase minerals from miners and sell them on – wait until they get paid for their certified minerals before paying out artisanal miners. This can take months and means that only miners who have a bit of capital can afford to keep on mining. This led to increased insecurity. Many of the artisanal miners who find themselves out of work, resort to banditry.

A second weakness is that it’s not even clear that the minerals subject to responsible sourcing or traceability programmes are actually conflict free.

Under current programmess, minerals extracted responsibly are supposed to receive a “tag” when they come out of the ground. This avoids them being mixed-up with minerals from elsewhere. But we found that this only happens in 58% of the mines covered by these programmes. In some cases, tagging only happens at a considerable distance from the mining site, because the site is difficult to access.

There’s also an issue with contamination as the very agents responsible for tagging sell tags to third parties.

These factors make it difficult to assess whether the minerals brought in are really “clean”.

This doesn’t mean we should abandon responsible sourcing initiatives. It’s a laudable idea. And although they are unlikely to resolve an armed conflict, they do rebuild consumer confidence in the DRC’s mineral production on which millions of people depend.

For responsible sourcing to be sustainable a way needs to be found to plug the loopholes, and to uplift artisanal miners.

Ken Matthysen, a researcher from the International Peace Information Service, contributed to this article 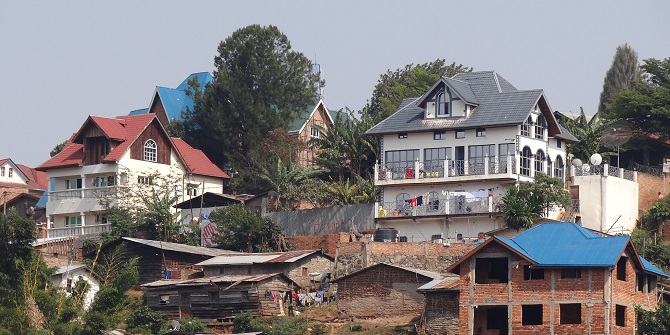