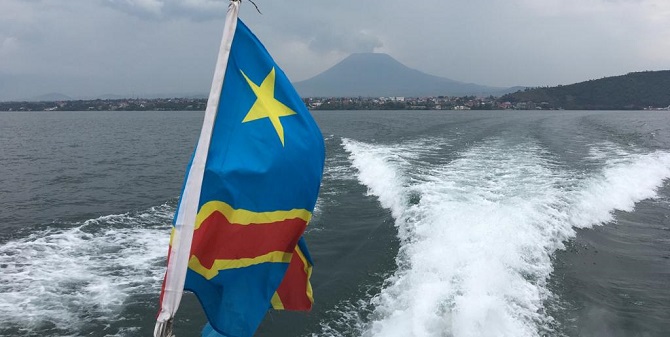 The international context could not be more interesting to celebrate the 60th anniversary of the independence of the Democratic Republic of the Congo than it is today. While police violence against blacks in the United States is leading to waves of outrage around the world, anti-colonial and anti-racist movements in Europe are putting some of the open wounds of the colonial past at the centre of public debate again. Crowds in England are debunking the statutes of former slave traders, streets bearing the names of former settlers are renamed in France, the statutes of King Leopold II are vandalised and some removed in Belgium.

Sixty years after the formal end of colonialism, more than ever before are populations from former colonising powers asking for the colonial history to be rewritten and a genuine debate on the colonial legacies and memories to be initiated. Associations campaigning to keep the colonial memory alive and acting against racism argue that the ‘old powers’ still have a long way to go in decolonising the collective imaginations, public space, school programmes and development cooperation etc. With the decolonisation of people’s minds, as some argue, perhaps being the biggest challenge of all.

In the Democratic Republic of Congo, people did not wait until June 30 to make a connection between their living conditions and the commemoration of independence. The trial of Vitale Kamere, who was the Chief of Staff to the President of the Republic, stood example as an ideal platform to make a detailed diagnosis of the current state of affairs. The trial last week convicted the Chief of Staff of embezzling more than $50 million USD and sentenced him to 20 years of forced labor. It not only removed one of the key political players from the scene, but also stood as an important message to political elites held responsible for the grabbing of public resources for private gain. The case also reminds us of a classic reading of Congo’s history as one characterised by patrimonialism, looting of public resources and armed conflict, of which the Democratic Republic is considered a key example by many external observers. The discussions triggered by the 60th anniversary of independence, again, will be no exception to the existing narrative that hardly any effort has been made to increase the well-being of Congo’s population. Congo, for all these years, could have done much better, is also widely argued within the country itself.

As bad as current living conditions are in the country, this reading of history is meeting increased criticism from African thinkers for being a Euro-centric vision on the relationship between decolonisation, time and progress. Maybe this anniversary should be taken as an opportunity to provide a more nuanced, and less Western-centered reading. Maybe, we should give space to a more Afro-critical perspective on the post-colonial period and look at endogenous processes, meanings and struggles that have been trying to write Congo’s own history. Maybe we should take such a perspective as a starting point to evaluate of 60 years of independence, and to look at the complexities of a post-colonial period that represents the social struggles Congolese have always had to deal with. It would help us a great deal in understanding how traces of the historical past and a decolonised present are connected to aspirations for a true emancipation in the future.

Artist readings of fragments of history

In January 1960, the Congolese artist le Grand Kallé and his group African Jazz performed their song ‘Table Ronde’ for the first time at the Brussels Plaza Hotel. The song was created at the occasion of the round table Conference between Congo’s political elites and customary chiefs, and Belgian political and business leaders, which had to prepare Congo’s independence set for June 30, 1960. An even more emblematic song created and performed by Grand Kallé, who was one of the participants of the round rable, was ‘Independence cha-cha’. The song narrates and praises the victory of independence thanks to the union of most of Congolese political parties of the time and of their charismatic leaders. It became a symbol of independence throughout the African continent, carrying the wind of freedom and hope in all of its corners. As Grand Kalle sings, ‘We have achieved independence / We are finally free / At the round table we have won / Long live the independence that we have won’.

Fifty years later, Thsiani Baloji, a Belgian artist of Congolese origin, performs a hip-hop reinterpretation of the same song. Titled ‘Le Jour d’Apres / Siku Ya Baadaye’, Baloji goes back to the promises of independence and criticises the mistakes made by Congolese elites, which he refers to as ‘errors of youth’. For the artist, the post-colonial present constitutes an intertwining of the past, present and future. If we want to make a right assessment of the post-colonial period, Baloji tells us, we need to see the sovereignty obtained during independence as an ‘armistice’ which actually prolonged dependence, and therefore also the struggles associated with it (against debt, the plundering of resources, and neo-colonialism more generally);  to take into account both the errors of youth and the political choices that the Congolese and their elites continue to make, and to take seriously the progressive aspirations of the Congolese people, which are contained in ‘the revolution at the end of the vote’ or even in ‘the force of the number as the antidote’ of the evil of which they are aware. As Baloji continues, ‘Between independence and armistice / for our democracies to progress / They must learn from their youthful mistakes / My country is an emerging continent / Built in less than 50 years‘.

Today, at the celebration of Congo’s 60th anniversary of independence, we have to keep in mind such views of the past in order to understand the present and prospect the future. As another Congolese artist, Sammy Baloji, explores in his photographic exhibition ‘Congo, fragments of a history’, speaking of Congo today is being able to speak of its entire historical trajectory, of its struggles in the past and the present, and of its successes and its failures that are to be situated in the intertwining of times.

Such perspective connects with how Achille Mbembe describes time as the meeting point between the past (which sets the framework), the present (which attempts to influence this framework) and the future (which serves as the horizon for this influence). Mbembe’s view should be understood as a warning not to read time from a Western view in terms of progress but to focus on the struggles giving meaning to it. It forces us to revise how we look back at Congo’s post-colonial period, and to invest in new forms of reading of the past and present and of those dynamics defining current living conditions in the country.

Towards new perspectives on the past and present

This alternative reading of the past and the present, we believe, should enhance a number of key principles. First, we need to move away from the epistemological bias that takes, as Sammy Baloji convincingly illustrates in his photographs, colonisation or independence as the starting point of any historical assessment. Such approach is colonial by definition, as it tends to give the West central stage in the historicisation of Africa. Other temporalities, which are not part of these two historical moments, risk to go unnoticed despite being a crucial part of those dynamics that make Congo what it is today.

Second, we need to take into account local utopias, heterotopias, endogenous processes of meaning and continuous struggles that inform history. Dominant teleological considerations that measure progress in terms of specific time spans, tend to view the Western model as a universal reference and are thus ahistorical and highly problematic because again, they are colonising the reading of history.

Third, the anti-colonial critique expressed by artists mentioned above confirms that the future of the Congolese should be considered not from the perspective of (outside) experts, but from those at the grassroots level and have to keep in mind its complexities. In his pictures, Sammy Baloji wants to move away from a Euro-centered view that considers the absence of failure as a criterion of success. For him, success is related to how people reappropriate the ruins of the past, inhabit them and, beyond that, project themselves in the future.

Finally, any attempt to make a balance of Congo’s 60 years of independence not only should move away from such Euro-centered view, but also from Afro-pessimistic and Afro-optimistic perspectives. To speak of Congo in a decolonial manner is also to distinguish oneself from the Afro-pessimist discourse which essentialises, often with condescension, the challenges of Africans while removing them from their own socio-historical and political realities. It is also to leave the Afro-optimistic discourse which refuses to see what is not working, and thus is infantilising African people. What is needed is to admit that history is complex and that it is influenced by both structural and conjunctural factors which explain continuities and ruptures respectively. It is at the crossroads of such continuities and ruptures that the present is to be located, and that those achievements are to be found that include indicators for change.

Looking back at Congo’s history teaches us that such achievements do exist and are producing change. One achievement is the growing popular political awareness resulting from successive and diverse socio-political struggles. These struggles for instance generated a respect of the constitution preceding the 2018 presidential and parliamentary elections and a recognition of political alternation as a building block of a stable political system. Other achievements include the taking up of arms as expression of a need for community integration, or the different local, national and regional agreements as a sign of progressive empowerment. It is these kinds of accomplishments that should take central stage in our assessment of Congo’s history and on which Congo’s future will be built by both Congolese and its fully decolonised partners.

Aymar Nyenyezi Bisoka is a researcher at the University of Ghent and teaches in the DRC, Burundi and Belgium. He works in the African Great Lakes Region on three specific topics: the access to natural resources, the peasantry and armed groups and the afro-critical perspective in social sciences.

From the “Kabila-Tshisekedi deal” to the challenges of conceptualising political transition in the DRC December 19th, 2019