In a move to a more balanced doctor-patient relationship, and shared decision making, we have long moved from concepts of patient’s ‘compliance’ to ideas of ‘adherence’ and ‘concordance’ with/to prescription  (For definition of the three labels, and their implications, see for example the 2005 Report for the National Co-ordinatingCentre for NHS Service Delivery and Organisation R & D).

It is well known that data from prescribing and pharmacy records can be used to research non-adherence (or non-compliance) – (though, not for ‘concordance’: “There are still no accepted, valid and reliable tools to measure concordance”*) – making possible to analyze whether the prescription issued by the doctor has actually been dispensed.

However, as usual, the devil is in the detail even in this kind of research.  Non-adherence can take many forms, and may manifest as ‘non-persistence’. This is how this is explained in Parker et al paper, published this week in JAMIA:

Medication nonadherence is a continuous or categorical construct that measures the extent to which a patient does not take medications as prescribed.8,10 Some of the more well-known adherence metrics include medication possession ratio (MPR), proportion of days covered, and continuous measure of medication gaps (CMG).10 Nonpersistence is the failure to refill a medication within “a time period consistent with use of the drug.”8,10,11 While this definition has also been referred to as “discontinuation” in the literature,10 nonpersistence is actually a broader term that identifies both discontinuers and inconsistent users. […]

presumes medication nonpersistence to begin when the time between contiguous dispensings exceeds a predefined threshold (hereafter referred to as the “allowable gap”). However, the allowable gap was highly variable, ranging from 7 to 180 days, with a median of 30 days. […]

The point at which nonpersistence of a medication becomes clinically significant and meaningful needs to be evaluated in light of the patient population, medications under study, and potential harm of nonpersistence, generating considerable variability in definitions.[…]

Moreover, no study to date has assessed the sensitivity of algorithms that include vs exclude the accumulated (“stockpiled”) days of medication supply in the calculation of the allowable gap. Because stockpiling is common and variable, it could strongly leverage nonpersistence estimates.

Posted In: Clinical use | Medicines

The digital future beyond the pill

Asking (right) questions – or medicines can kill you 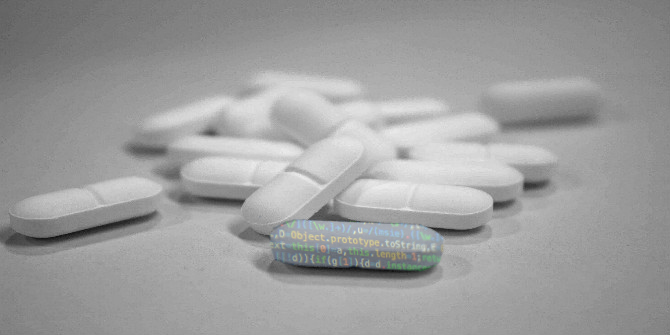