This year saw yet another International Women’s Day (8th of March) calling for equal rights and opportunities for women the world over. But Catherine Hakim argues that evidences of women’s inequality in employment, such as lack of women on senior positions in organisations, in company boardrooms and on decision making tables, is not symptomatic of discrimination on the basis of gender; it is instead a result of the life choices that women can now afford to make.

People often talk about ‘rising’ female  employment  as if this is the greatest achievement of the past 100 years. In fact, there is nothing remotely new about women working. Quite the contrary. Throughout history, women, and often children, have worked long and hard to earn a living wage. One of the greatest achievements of the past 150 years is that women in Britain and other developed societies now have choice between engaging in paid work and devoting themselves fully to their families.

Population censuses provide invaluable information on social change across the centuries. Not many people realise that women’s employment rates were as high in 1851 as they became in 1971 – 42% and 44% respectively. The only reason they are higher in 2011 is because employers have created part-time jobs – in Britain long before other countries, largely due to a flexibility in British employment contracts that does not exist in continental Europe.

This was an astonishing innovation in a way, and one that many European countries have still refused to make, forcing women (especially mothers) to choose between stressful full-time jobs (which are not compatible with family roles) and not working at all. The Netherlands is now way ahead of the game in promoting part-time jobs and flexible working. As a result, 75% of Dutch working women are in part-time jobs, and in addition to them,15% of working men. Across Europe, the demand for part-time jobs far exceeds supply. If more countries facilitated part-time jobs, employment rates would rise even higher among women, and would probably stabilise among men.

What is new today?

The time budget studies introduced in the 21st century shed completely new light on the division of labour between men and women. They show that it is a myth that women in modern societies do an unfair ‘double shift’. This is true only of less developed countries.

Adding together paid jobs and unpaid household work (including childcare), time budget studies show that men and women do the same number of hours of productive work across the lifecycle as a whole – an average of  eight hours a day in the developed areas of Europe and North America. It is only in developing countries that women put in more work hours than men. Interestingly, in Scandinavia, men work more hours in total than women.

Why aren’t women the heroes?

The European Commission complains that women still fail to acquire the top jobs and far less frequently than men. Most recently, everyone has been complaining that company boardrooms remain male-dominated, leading to the suggestion that female quotas may be necessary to overcome sex discrimination and glass ceiling. Another popular idea is that more family-friendly policies would make it easier for women to attain the most senior positions.

Unfortunately, all the evidence shows that generous family-friendly policies and special benefits for women create the glass ceiling. Women are much more likely to reach top positions in management and other professions in the United States and Britain than in Sweden. Among all the most developed countries, the Scandinavian countries have the highest level of sex segregation in jobs. The pay gap in Scandinavian countries is close to the European Union average, or even above it. In Britain, equal opportunities legislation has reduced the pay gap from around 50% in the 1880s to a negligible 10% on the government’s preferred measure of median hourly earnings.

What has been achieved is that women are no longer paid half as much as men for doing exactly the same job; women have equal access to the education system, and now do as well as men in getting qualifications; women have equal access to the well-paid professions and management jobs previously dominated by men; women no longer feel marginalised, sidelined and patronised. Most notably, the pay gap has virtually disappeared, and what remains can be fully explained by the different job and career choices women make.

Over the last century, there has been a sharp increase in occupations employing men and women in roughly equal proportions, such as pharmacy, law, accountancy, and human resources. Nonetheless, these professions display a large pay gap, due entirely to the very different job and career choices made by men and women.

What has been achieved by equal opportunities policies is, above all, choice.

Today, women are not obliged to accept unfairly low-paid jobs or domestic work simply in order to survive. They can choose their educational courses and the type of work they do, and are encouraged to try male-dominated occupations such as plumbing and engineering. If they feel that someone has discriminated against them unfairly, they have recourse to an employment tribunal.

Even so, large numbers of modern mothers choose to become full-time mothers and full-time homemakers, dropping out of employment altogether, or working only part-time and when convenient. The polarisation of women’s employment patterns and lifestyle choices is testimony to a new scenario of diversity and genuine freedom to choose – a freedom that men are starting to envy, as men begin to question their unwavering devotion to competitive achievement in public life. An increasing proportion of sex discrimination claims to tribunals now come from men.

I predict that sex/gender difference is ceasing to be important in the 21st century. What will matter in the future are lifestyle choices – and in this area, the differences between men and women are probably smaller than we have so far recognised. Not all men are totally dedicated to all-consuming full-time careers and a never-ending goal of climbing higher, and higher still. What women have introduced into the labour market is the idea that good work-life balance can be better than full-throttle careerism.

We can see the heroes of the labour market and public life. Some women choose to be heroes in their private lives instead. Allowing this choice is perhaps, in the long term, the main achievement of the last 100 years. 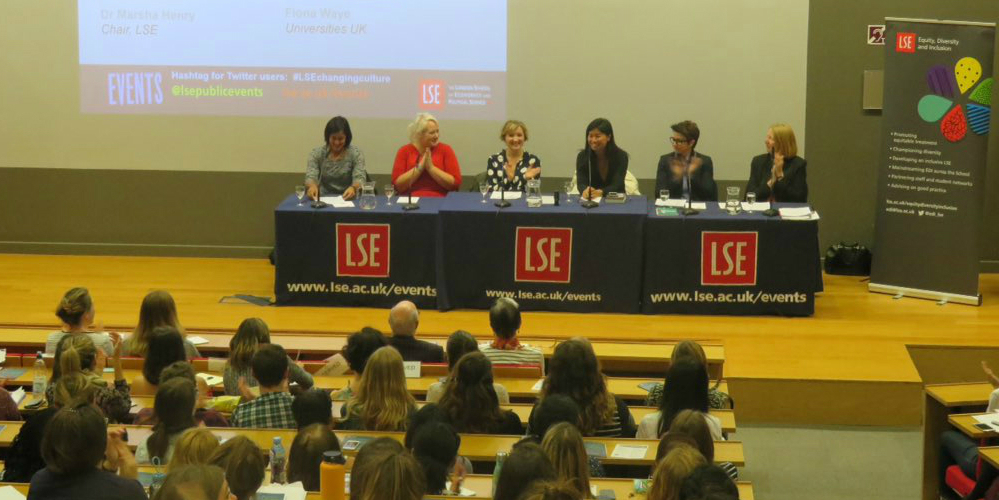 Bad Behavior has blocked 149 access attempts in the last 7 days.