Through the eyes of a modern Muslim woman

Through the eyes of a modern Muslim woman

Aisha Farooq writes about her experiences of being a modern Muslim woman in Britain. She criticises the media for stereotypical representations of Muslim women in burqas and deliberates on what repercussions this has on her identity.

This post has been published as part of a series to mark Women’s History Month.

David Cameron has told us that multiculturalism has failed in Britain. As a young Muslim woman living here all my life, I am inclined to think he is right. It has failed because you have not even met me and you already feel sorry for me. In the 1900s, you pitied us women because we starved ourselves to get the vote. Today you pity us because we call ourselves Muslim.

I say this, not as a woman who wears the hijab and covers completely, because I do not. However, growing up around fellow women with a firmer faith than me has opened my eyes to the vast divisions that society lays claim to. Being a Muslim in this day and age is tough enough as it is, but being a Muslim woman is especially more difficult. Many reasons can account for this, but the media certainly plays a leading role.

The media acts as an accelerant in concreting a particular stereotype of how different types of people behave. In doing so they become an omniscient body, inferring onto society how we already think and consequently, how we should think about others. This increases the sense of alienation and stigma amongst different cultures, as one type of person will see how monumentally different they are from another person. The problem is that rather than helping to bring people together, it sets them apart even further.

For example, I have come across several types of non-Muslims in my entire lifetime, but two types really stayed with me. Firstly, the racist, who sees Muslims as a terrorist sect whose only purpose in life is to conquer Britain and the Western world. Secondly, the ignorant: those individuals who know so little about Muslims and Islam that it begs to wonder what they’ve learnt in life.

I may be coming across as simple-minded here in my generalisations, but it is so interesting to see how far removed I view myself in relation to these individuals, because in both cases, these people do not seem to know me at all. Yet, I know so much about them. After all, I was born in the same country as them, I grew up alongside them, and I went to the same schools. However, our supposed differences still set us apart, and it is not because I have not made an effort, but because they clearly have not.

Yet, my true concern lies not in what others think about me and my culture, but how my fellow Muslim women think about themselves. Allow me to elaborate. Each time I switch on the TV, and watch one of these new documentaries about multiculturalism, I am struck at how aggressive the woman dressed in a burqa is. How she appears to look down on her Western counterparts because they dress more liberally. It is surprising to me because not only does she come across as judgemental, but inherently vain and narcissistic in her apparent disdain of others and how they look. I am not made uneasy by her attire but the way in which she becomes an antagonist through wearing it. The veils allow her to create a barrier, to adopt a stiffness in her mannerisms, and most importantly, a sense of unwillingness to both communicate and integrate with others.

It is disturbing to realise that I fall into the same placeholder as she: within the category of ‘Muslim women’, which society has created for us. Her portrayal is so different from my own that even as a fellow Muslim, I would not be comfortable around her. Yet, this is how the media depicts us. It is how we are perceived by the general public. Is it any wonder then that non-Muslims know so little about me?

I am not the only one who feels this way. There is a general consensus amongst Muslim women more like myself, that we are under continual scrutiny by all members of society, Muslims and non-Muslims alike. We find ourselves in an extraordinary paradox: non-Muslims view us as too reserved and overly religious, yet to fellow Muslims, we are not religious enough. In essence, we become complete outsiders, not wholly belonging to any culture or social sphere. This is because both Muslims and non-Muslims have played into the notion that our image and how we portray it actually matters, that since we have emerged from the same moulds, we should in turn act and behave according to that mould, even if it is not real.

Media dogmatism should share the blame for this with their narrowly skewered image of Islam and their obvious ignorance about the society they are trying so hard to protect. They have managed to manipulate not only the manner in which others perceive Muslim women, but also how Muslim women perceive themselves.

The consequence: we are our own victimisers; we have ostracised ourselves, and fuelled our own alienation. We represent anti-society. In comparison, the remaining general public of non-Muslims, represent what is truly British. This is in spite of acknowledging that in trials of the UK Citizenship Test, it appears that Britons know as little of what it means to be British as we fanatic extremists do.

So what is this manipulation in aid of, apart from creating a society that is too afraid to label itself with anything because they may be stigmatised as something they are not?

Muslims account for approximately 3% of the population, women half this much. The media’s portrayal of women in burqas does not even count for anything yet they, and consequently me, stick out like a sore thumb. I am a Muslim woman, but I am also a British citizen. I am also just a person who does not feel the necessity to be pigeonholed into a fabricated perception of reality. I do not find the label ‘Muslim woman’ suffocating, in fact I find society’s labelling of me as a ‘Muslim woman’ suffocating. I feel I have been sealed into an airtight box from which I cannot escape.

The saddening thing is that multiculturalism has no means of being successful if integration is not encouraged sincerely. There is no way that all Muslims can remain unaffected by the extreme opinions and actions of jihadists. Nor can English traditionalists stay unaffected by the actions of their supposed EDL representatives. Rather than minimise differences, however, society has become cemented and unmovable by them. It refuses to change.

I write from my own experiences. The media has destroyed any chance of multiculturalism because it has taught us that we exist on opposite sides of the playing field. It has created exclusion when exclusion did not exist, and this has led to a fearful and troubled society. Our only hope now is whether we can denounce our social labels and undo the damage caused. Whether we can celebrate our similarities as human beings rather than confuse them through divisions. To come together rather than fall apart. We live in hope.

Aisha Farooq graduated from the University of York with a Masters in English Literary Studies. She is a journalist and blogger with a keen interest in the portrayal of modern British Muslims. You can read her work at http://aisha.farooq.org/. 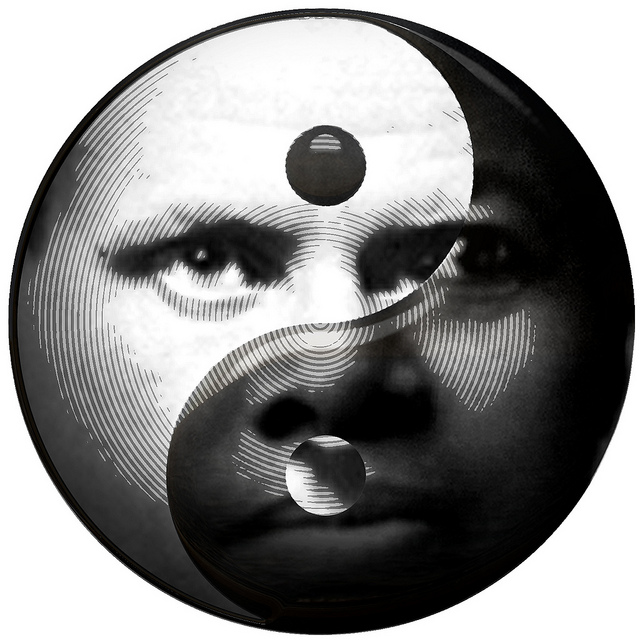 Bad Behavior has blocked 323 access attempts in the last 7 days.