This is an extract from a blog post that was originally published on the LSE History blog. 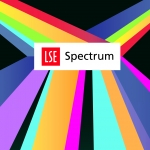 Civil partnerships on religious premises: what do you think?

Bad Behavior has blocked 228 access attempts in the last 7 days.