Intersex Awareness Day takes place annually on 26 October. Hayley Reed – co-chair of Spectrum (the LSE LGBT+ staff network) – discusses how to ensure maximum impact from awareness-raising by keeping up the momentum; talking to people, rather than simply about them; and using powerful visual messages.

Intersex Awareness Day was on 26 October this year. It’s an annual event but it would be great if it didn’t have to be. The ultimate purpose is to achieve an open, accepting society for all – so what are the three best approaches to awareness-raising? 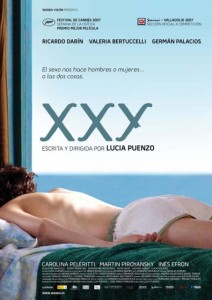 Annual awareness days are a great feature in your calendar and a hook for advertising, but don’t let the issues they represent drop by the wayside for the rest of the year. Important issues should not be forgotten.

On Thursday 19 November Spectrum is holding a screening of the acclaimed film XXY, the story of an intersex fifteen-year-old in Uruguay. The screening is free and we’ll provide some drinks and nibbles. You can book a place here.

As an LGBT+ person, I am often excluded from LGBT+ conversations in the media: because they are aimed solely at non-LGBT+ people, they perpetuate the idea that LGBT+ is different and separate from mainstream society. They focus on other people’s perceptions of my difference; whether or not my difference is acceptable to them.

Talking about awareness from a clinical or outside perspective is divisive, regardless of intention.

While I can’t speak for intersex people, I can still talk to you. Anyone reading this should feel I’m speaking directly to them. Society is made up of a whole lot of people, who are all the same and all different.

The intersex flag, designed by Natalie Phox in 2009, is designed to very simply represent the range of sexes between male and female, and a combination of male and female traits. 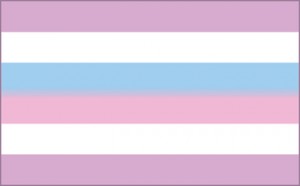 An alternative flag containing a circle was designed in Australia in 2013. It represents completeness and the right of intersex people to be themselves.

Intersex people: here are a couple of great resources to use and to share. For a few real life stories from other intersex people, watch this short Buzzfeed video: ‘What it’s like to be intersex’. If you’re in need of support then check out the Intersex Youth Advocacy Group, Intersex UK and the AIS-DSD Support Group.

If you aren’t intersex, you can still use exactly the same resources to learn more about intersex; what it really means and what life is like for intersex people. Googling intersex, however, gets a pretty specific medical definition as the top result – and not the video or organisations I’ve listed above.

Viewing intersex people though a medical lens is not the route to take.

People are not conditions. What are the best routes to awareness? Real people and real voices, sharing stories.

If you’re an LGBT+ staff member at LSE and you want to get involved, then get in touch with Spectrum:

“In my head it was a library of women’s history…. So why would that preclude me?”: an interview with Inderbir Bhullar

Bad Behavior has blocked 448 access attempts in the last 7 days.