To mark the International Day Against Homophobia, Biphobia and Transphobia (IDAHOBIT) on 17 May, Hayley Reed sensitises the readers to the need for appropriate language, avoiding unnecessary divisions and respecting self-identification in the workplace. 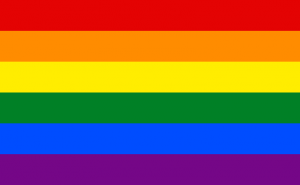 Understanding how being LGBT+ affects an individual’s experience of the workplace will help you improve your skills as a line manager. It is not uncommon for LGBT+ people to face physical and verbal abuse in public places, so it isn’t surprising that being out at work can take a lot of nerve. Creating a positive and inclusive culture at work means engaged and productive staff, so here’s a look at some LGBT+ communications advice for the workplace.

Divisions like “straight” and “gay” can be simplistic: it’s easy to use “gay” as shorthand for LGBT+ but in a lot of situations just using “gay” will exclude a whole lot of people. Some identities may be less well known but that does not mean they are less valid.

Have a look at the example terms and definitions below. This is not a definitive list: remember that not everyone will use the same term to describe themselves, and that terminology changes over time.

Gender – the characteristics that a society or culture assigns as male or female.

Gender identity – a person’s own understanding of their gender.

Sexual orientation – a person’s sexual identity in relation to which sex or gender they are attracted to.

Cisgender – a person’s gender identity and sex are the same.

Heterosexual/straight – a person is sexually attracted to their opposite sex – male or female.

LGBT+/ queer – all minority sexual orientations and gender identities, based on straight/heterosexual as the assumed majority characteristic.

L – lesbian – a person is sexually attracted to their own sex – female.

G – gay – a person is sexually attracted to their own sex – male or female.

B – bisexual – a person is sexually attracted to their own sex and their opposite sex – male and female.

T – transgender – a person’s gender identity and sex are different.

+ – any other point on the sexual orientation and gender identity spectrum, for example:

Pansexual – a person is not limited in sexual attraction by sex, gender or gender identity.

Asexual – a person who does not experience sexual attraction.

Gender fluid – a person’s gender identity is not fixed.

Intersex – a person’s biological sex is not specifically male or female.

They – a gender-free pronoun used instead of he/she.

Mx – a gender-free title used instead of Ms/Mr/Mrs/Miss.

For a manager and their team, thinking about an LGBT+ community as a distinct ‘other’ or ‘different’ entity doesn’t make sense: all departments are made up of a mix of people. The best way to approach inclusiveness is to understand that people are not just one thing and they don’t all experience the same thing in the same way. People’s experiences intersect across interrelating considerations, so it is important to assess people’s needs with due regard for these intersections, not regardless of them. For example, a black LGBT+ person, a disabled LGBT+ person and a black disabled LGBT+ person may all experience these intersections in different – but equally valid – ways.

If you are writing policies and procedures aimed at all staff then make sure your wording includes everyone from the outset. As a Stonewall Diversity Champion LSE has an account manager at Stonewall who the EDI team can contact for advice on your behalf. Some simple things to look out for are:

Personally, I have been in meetings where including LGBT+ staff has been considered very important, all the while considering ‘them’ as a distinct, separate group of ‘others’ who would not by default be in the meeting. I’m sometimes slow to notice this kind of behaviour because it is so normal for me to experience as an LGBT+ person myself.

LGBT+ people inevitably challenge perceived notions of ‘normal’ gender identity and sexual orientation that most people were brought up to understand and live by. Many in our society have been taught that anything outside of this narrow understanding is to be feared and ridiculed. Being an LGBT+ person in a society where I’ve been taught to fear and ridicule myself makes for an interesting level of self-awareness.

A person’s self-identification is not something to be feared, ridiculed or questioned and is not a negative attribute, nor is it up for discussion. There is no right or wrong answer. Let people tell you what pronouns and title they would like to be known by, rather than presenting a closed list. Titles like Professor, Dr and Reverend are not gendered so why the fuss about other gendered titles?

For me, the idea that someone needs to understand something about me in order to believe in my existence is massively patronising and the idea of ‘tolerating’, ‘understanding’ or ‘accepting’ LGBT+ people is bizarre: I am not defined by someone else’s belief. I am not Father Christmas.

If you have seen Man who has it all then you’ll know how simply applying accepted gender logic about women to men highlights just how ridiculous it is.

The same goes for applying accepted LGBT+ logic to heterosexual cisgender people.  Here’s a few examples of the kind of conversations I personally think are and are not appropriate. Would you like it if someone asked you these questions at work? If the answer is no then don’t ask these questions to anyone else:

For managers, this last point in particular is like saying, “I don’t care if you have brown hair,” as though it could otherwise be important. Not only do you care about your employee, you want them to succeed and do well at work. What you are really trying to say is, “your hair is so intrinsic to you that hair is not important. You are important.”

Keep up to date and get fresh perspectives by following a range of LGBT+ news, charities and personalities on social media. To get started, some examples are: Stonewall, Buzzfeed LGBT, Pink News, London Friend,All About Trans, Peter Tatchell, Paris Lees. For more on LGBT+ inclusivity LSE you can follow @EDI_LSE and @LSEspectrum.

This blog post has been produced along with LSE Communications to mark International Day Against Homophobia, Biphobia and Transphobia (#IDAHOBIT) 2016.

Hayley Reed is Co-Chair of Spectrum, LSE’s LGBT+ staff network. Spectrum aims to represent and support staff from minority sexual orientations and gender identities at LSE. Anyone is welcome to join the Spectrum mailing list by emailing spectrum@lse.ac.uk. If you need confidential advice about LGBT+ issues at work, contact Spectrum, the EDI team or your HR partner.

Portrayal of Muslim female athletes in the media: Diversity in Sport

Cultural diversity versus ‘Britishness’: what to make of it?

Bad Behavior has blocked 211 access attempts in the last 7 days.