On 14 October 1970 the first UK meeting of the Gay Liberation Front was held in an LSE classroom. The room was booked by Bob Mellors, a second year Sociology student. Sue Donnelly takes us through the academic life of Bob Mellors and his contribution in advancing LGBT+ issues.

Bob Mellors was born on 28 October 1949 and came to LSE from Bramcote Hill Grammar School in Nottingham doing A-levels in Maths, Further Maths and Physics. His application form lists involvement in both CND and the Peace Pledge Union, volunteer work in Notting Hill and the Meadows and St Anne’s areas of Nottingham. His teacher described him as widely read and “acutely aware of current social problems”. He took a gap year travelling in Europe and also South Africa before arriving at LSE in October 1969. He remained as an undergraduate and postgraduate until December 1974. 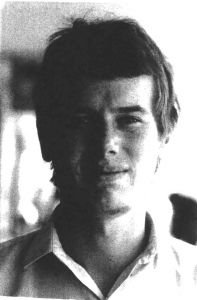 Bob’s first year courses included Elements of Social Structure, Analysis of Contemporary Economics and Social Philosophy but despite being described by his tutor as “an able and intelligent first year student” he struggled with the first year exams and had to take an extra paper to ensure his progression to the second year.

In January 1970 Bob applied to the Goldsmith’s Company’s Vacation Travel Grant scheme requesting £90 for flights and expenses to spend his summer vacation in the United States where he intended to settle in one of the big cities and find work:

“I particularly want to go to the States this year as much sociology is illustrated from American examples. My experience would make this more meaningful. It is very difficult to get a good impression of a society if you can only rely on newspapers and other selective impressions at second hand.”

He was called for an interview in March 1970 and although the file does not include the results of the application, Bob spent the summer of 1970 in the USA where he became involved in New York Gay Liberation Front (GLF).  In September he met Aubrey Walter, who had also been travelling in the States, at the Revolutionary Peoples’ Constitutional Conference in Philadelphia sponsored by the Black Panther Movement. On their return to the UK Aubrey Walter recalled:

“I came back to the UK and it all seemed flat. Bob had gone back to college at the LSE and we spoke on the phone. Bob booked a room and we held a meeting.” 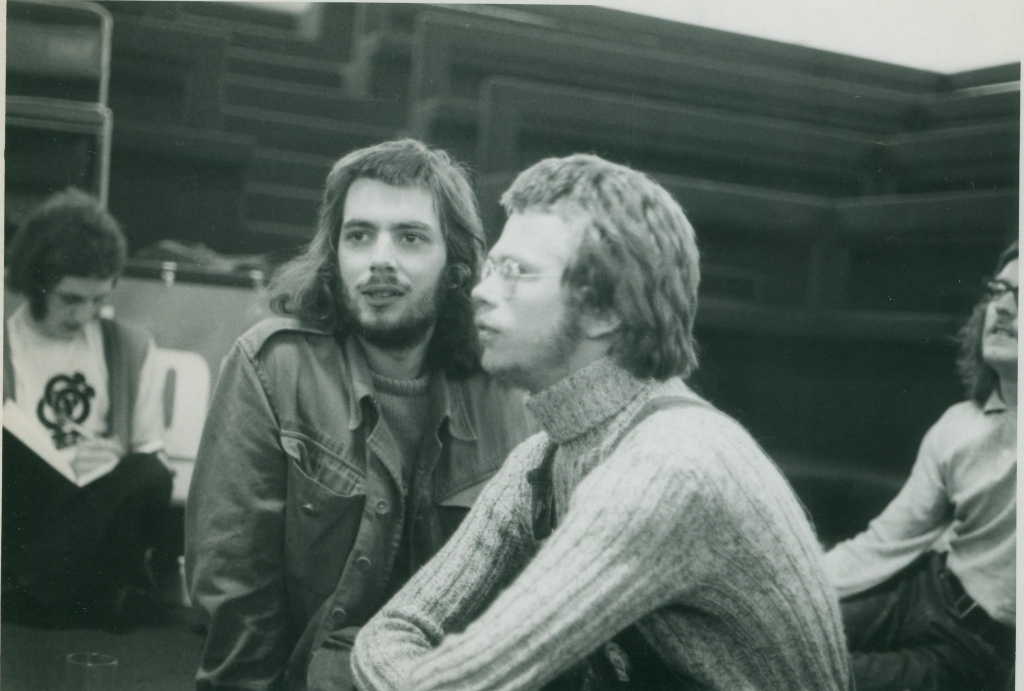 Estimates of attendance at the first meeting ranged from nine to nineteen. From November the numbers attending increased until April 1971 when the largest space available at LSE could no longer provide standing room. GLF then moved to Middle Earth, a nightclub in Covent Garden.

For the next two years Bob combined his involvement in GLF with studying for his Sociology degree. In GLF he was a member of the media group which produced the GLF newspaper Come Together and in 1971 drew up the GLF Manifesto. The addresses on his School file indicate that at various times he was living in Notting Hill communes.

After a shaky start Bob’s academic work went well and in summer 1972 he graduated with an upper second in BSc (Sociology) and in October 1973 he registered for a M Phil noting that:

“My chief academic interest is British cultural history of the last few centuries, with particular attention to the family and the position of homosexual men and women … My objective in undertaking graduate study is to try and throw light on the social forces that have lead [sic] to the beginnings of a dramatic change in the position of homosexual women and society.”

His final report on his research noted that he had been attended the MSc Deviancy seminar, written a seminar paper on class differences in child rearing and was working on notes about Charlotte Bach. Bob met Charlotte Bach in the 1970s, becoming interested in her theories on evolution, gender and sexuality. After Bach’s death in 1981 Bob and other friends were surprised to discover that Charlotte Bach was also Karoly Hadju, born in Budapest in 1920 and had a colourful history. Bob inherited Charlotte Bach’s library and after leaving LSE in December 1975 devoted much of his time to writing a biography of Charlotte Bach.

He later moved to Poland and was murdered in 1996 during a burglary in his flat. The unpublished biography and working papers are deposited in LSE Library (HCA/Mellors). 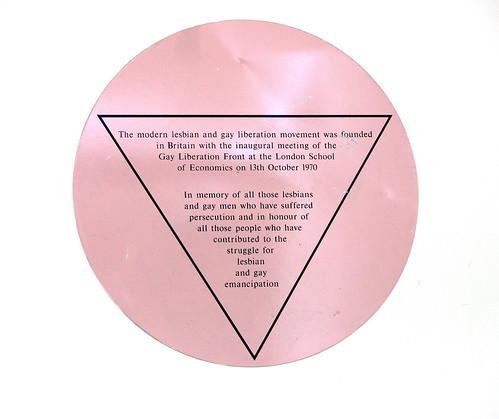 Bob Mellors’ obituary in the Guardian by fellow GLF member Elizabeth Wilson describes him as a “deeply serious, shy and thoughtful person” and records the role he played in “the start of growing confidence and political determination in the lesbian and gay community”.  At the unveiling of a commemorative pink triangle at LSE to mark the 20th anniversary of GLF Bob, commenting on the impact of the GLF, quoted Mao Tse Tung: “A tiny spark can cause a prairie fire”.

Note: This article was first published in LSE History blog on 6 February 2017 and is being republished with appropriate approval. The images have been sourced from the same article.

About the contributor: Sue Donnelly is an LSE Archivist in the Governance Legal and Policy Division.

Review of ‘Tory Pride and Prejudice: The Conservative Party and Homosexual Law Reform’

SPECTRUM: Night at the movies

Bad Behavior has blocked 313 access attempts in the last 7 days.