Posted on December 7, 2015 by Eurocrisis in the Press

ANC & Co. should focus on making a stronger case in Madrid for the Catalan-language regions of Spain. It’s not just about Catalonia. 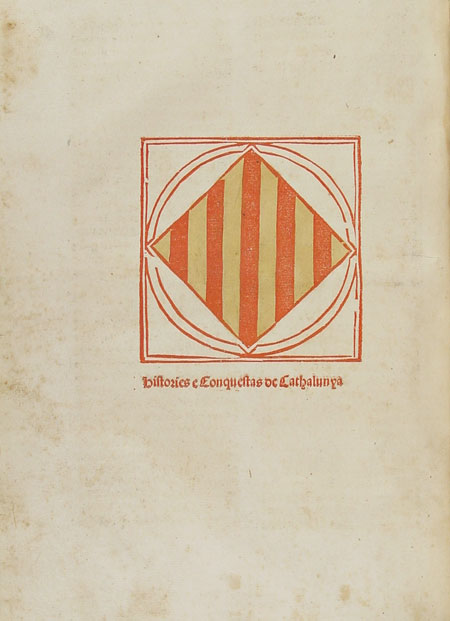 In late spring 2008, the CEO of Air Berlin Joachim Hunold said the airline would never use the Catalan language for flights to the Balearics. “Airlines don’t communicate in dialects,” was his firm motivation. Reactions were scornful. A former Catalan-speaking parliamentarian nicknamed the carrier ‘Air Goebbels’.

Inadvertently, the German executive had hit a raw nerve. Under Franco, Catalan was banned from public spaces. In Spain’s three Catalan-language regions, you could lose your job if heard speaking it – and worse.

Having unsuccessfully tried to get Madrid to allow a referendum on independence, Catalan leaders have forced their hand recently. Separatists were keen to make September regional elections look like a de facto independence referendum. Pro-independence parties won 48 per cent of the vote; remarkable, but not enough to obtain secession in a real referendum, and who’s to say people would’ve voted that way anyhow.

There are many Catalans who disagree with separatism. The Catalan National Assembly (ANC), a very influential grassroots movement, calls them “bad Catalans”. One of them is journalist and political analyst Ignacio Martín Blanco.

His recent articles in El País sparked a hullaballoo. He claims to have personally heard ANC say one thing in private and the opposite in public, thus betraying voters’ trust. Martín Blanco maintains separatists know they don’t have the Catalan population’s full backing. They’re aware the numbers don’t add up, but don’t say so openly.

As reported by Martín Blanco, ANC president Jordi Sánchez in fact said “nobody outside Spain would understand” how a unilateral independence proclamation from Catalonia’s parliament could be regarded as legitimate. These words were uttered in a Barcelona private dinner attended by Martín Blanco on 5 October. He’d sworn to keep his mouth shut on this, but later thought the public needed to know. “[Secession] will be very difficult to sell,” was Sánchez’s final remark.

Blanco argues ANC (and the wider Together for Yes platform of which it is part) aims to provoke the State into resorting to article 155 of the Spanish Constitution, whereby Madrid could temporarily take over some local self-government functions. That way the international community may consider an independence referendum favourably. But apparently Sánchez himself knows in his heart of hearts that such a scenario is unlikely to materialise.

According to Blanco’s revelations there’s a plan B: to show the world through sustained popular gatherings (the so-called “acts of sovereignty”) that international mediation is now the only solution left in the acrimonious relation between Catalonia and Spain. A dishonest sleight of hand, in the journalist’s view.

In 2010 Spain’s constitutional court ruled that Catalonia can’t be officially described as a nation. At that point support for Catalan independence started gathering serious momentum. Data elaborated by the Catalan Centre for Opinion Studies reported that five years later – June 2015 – 38 per cent of Catalonia’s population were in favour of independence from Spain.

On 20 December, the Spanish general elections could well mean the end of the nationalist Popular Party’s rule. It could be replaced by pro-referendum Podemos and the Socialists, who’d like to work towards a federal Spain. A much more Catalan-sensitive government is on the cards.

The Catalan question can’t be severed from the issues facing the wider Catalan-language culture. A third of Catalan speakers live in the Valencian Community. This region represents a litmus test of the effects of Catalonia’s push for separatism.

Recent opinion polls carried out by Metroscopia on behalf of El País found out that 80 per cent of Valencians are proud of their region of origin, but even prouder of being Spanish (87 per cent). The same individuals were also asked about Catalonia’s hypothetical independence referendum: 56 per cent of Valencians would be against it, with 39 in favour. This outcome is exactly the opposite when Spain as a whole was asked: 55 per cent are in favour, 42 against.

What conclusions can be taken from this? Broadly speaking, Catalan-speaking Valencians aren’t keen on Catalonia breaking away partly because as proud Spaniards they’d like to keep Spain intact; and partly, perhaps, because without Catalonia’s lobby, Catalan-language culture would be frailer.

Historically, the Catalan language in Valencia has suffered from political repression and an ever growing diglossia skewed towards Spanish. A linguistic conflict is often apparent, with some groups opposing the official standard based on Catalan orthography.

The conservative Popular Party is behind the setting up of organisations claiming ‘Valencian’ is similar but the not the same as Catalan. Enough to make any serious linguist laugh out loud, yet this is all happening right now and getting worse year by year: a winning divide-and-rule approach aimed at belittling anything relating to Catalonia and its sphere of influence.

As seen from Barcelona, the ensuing resentment can feed separatism. And quite naturally so, however negative the implications: a dwindling number of native speakers will result in a diminished language and cultural status. All because of politics and personal power for some.

Hunold’s cultural faux pas shows the energies of Catalonia’s separatists would be better channelled elsewhere: in uniting the Barcelona, Valencia and Palma regions. Instead of moving out of Spain, the focus ought to be on reinvigorating identity and political links that bring together same-language areas beyond Catalonia. Central governments tend to undermine this common identity continuum.

ANC & Co. should focus on making a stronger case in Madrid for the Catalan-language regions of Spain. It’s not just about Catalonia. Overall, one in four Spaniards speaks, reads and enjoys culture in the language; a lot of academic research is also carried out in Catalan.

By leaving Valencia and the Balearics out of the secessionist plan, Catalan-language culture will erode – a process already under way. The age-old unifying Catalan concept of Països Catalans (‘Catalan Countries’) needs to be put out there. Spread the word. Stay in and unite.

Alessio Colonnelli holds a B.A./M.A. in German, Spanish and literary translation from Padua University, and regularly contributes to openDemocracy and Left Foot Forward. He taught languages in Madrid and Barcelona, and was an international press editor for a well-known media intelligence company in London.