In the early 1950s, Mayor Pedro Zaragoza woke at dawn and left Benidorm, the sleepy-coastal village he governed, to make the 300 mile trip to Madrid by Vespa. The Mayor had an audience with General Francisco Franco—the authoritarian leader who would rule Spain for 35 years (until his death in 1975). Mayor Zaragoza, a devoted Franquista, had a peculiar request for the leader—he wanted permission for bathers on the Town’s beaches to wear a new, French-designed bathing suit. The garment, which exposed a woman’s midriff, was controversial in the deeply Catholic country. The prohibition of the swimwear had led fun-and-sun seeking tourists away from Spain to the more-permissive French Riviera. Hoping to win-back tourists, Zaragoza asked Franco to make Benidorm a special exemption. Franco approved, and the bikini-ban was lifted. The rest is history. 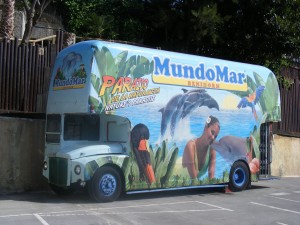 In the years since, Benidorm has risen to towering heights and become a byword for low-cost beachfront tourism. Sun-worshippers flock there in the millions from the soggy polders of Northern Europe, a peach schnapps-infused cocktail bears the name “Sex in Benidorm,” and numerous stag and hen weekend deals direct people there for “the chance to drink themselves stupid” and partake in “Sexy Stripper banquets” (lest they get hungry and have to leave the club). The debouched image is just one quadrant of the City’s tourist economy. Lots of visitors are pensioners (not that this precludes them from the activities above) who rent motorized scooters and enjoy beachfront chair yoga. Many Northern Europeans—dead set on never again donning a down jacket—settle in the region permanently.

By the time the euro kicked off in 2002, Spain had turned into the EU’s Florida. Second home buyers lured by balmy climes established expat communities on the coasts, complete with British pubs and Dutch pannenkoeken houses. Developers were thrilled: between 1997 and 2007 Spain was the European leader in home construction, with half-a-million homes going on the market every year. By some accounts, this country of 46-million people was building more housing than the rest of Western Europe combined.

Mayor Zaragoza, who eventually rose to become a regional tourism czar, had a vision of a travelers’ beachfront oasis. In the years after Franco’s death, as democratic governance was restored to Spain, his dream became a reality: fisherman and black-swaddled widows of the sparsely populated coastal villages gave way to parties, packaged tours, and pools. Vacation hamlets and suburban villas were met by new transport infrastructure and entertainment facilities, often financed with EU funds.

Due to price differentials within the EU, second-homeowners migrating from the grey, expensive North of the Continent got a standard of living in their retirement they hardly could have imagined during their working lives. For Spaniards, the burgeoning construction economy reinvigorated moribund rural areas. Where the ample sun had previously yielded only tomatoes, it now channeled tourist euros.

When the 2008 financial quake rocked the Iberian peninsula, the real seismological event was Spain’s cracking property bubble: home values fell by 50% in some areas and over two million houses were left empty. Unlike other debt-burdened countries in the EU, Spain’s inflated real estate sector was a key factor in the severity and length of its (ongoing) economic crisis. The political fallout from the crisis has also been catastrophic: major banks were found to have flouted financial protocols, politicians, including the former Secretary of the Treasury, were put on trial for taking bribes from construction companies and developers. The social fallout has been even worse, with nearly a quarter of the population unemployed for five years, the country faces the prospect of a lost generation. Because rash homebuilding helped destabilize Spain’s economy, the wrath of its hurting citizenry has largely been directed at corrupt developers.

Since the crisis, tens of thousands of homes have come under scrutiny for dodgy permitting and land acquisition. With the collusion—or total ineptitude—of local officials, developers illegally converted agricultural land during the boom years to feed an insatiable housing market. Buyers, both foreign nationals and Spaniards, often took it for granted that their house was on properly-zoned land. When the property bubble burst the investigative ire of local and national courts probed the housing industry’s excesses and discovered thousands of retirement villas and suburban tract homes built on land that was supposed to be growing olives. Local magistrates, eager to shake-off the corruption of the boom era, have sprung into action, declaring that homes built on illegally-zoned land must be demolished. This hard line may show a positive change of course from the industry-coziness that previously defined the judiciary, but it doesn’t sit well with homeowners, many of them British and Northern European ‘sunbird’ expatriates.

Foreign owners have resisted orders to vacate and formed advocacy groups, insisting that 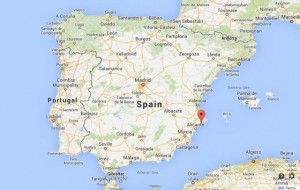 they took all due diligence when buying their homes. While these owners are not the worst off in today’s Spain, many pulled up all their stakes in their home countries in order to settle permanently in sunny, cheap España. The fight for their homes has real consequences for them and, more broadly, has become emblematic of the failed European project in which freedom of movement was a key element. Many of these retirees and second homeowners used local lawyers and notaries, and they can frequently produce notarized documents from Spanish municipal authorities confirming the legality of their purchase. However, higher courts have often insisted that these documents were issued in error or because of local corruption. Provincial-level officials have declared that, while the municipality itself is culpable for issuing faulty permits, houses will still have to be razed in order to send a clear signal to unscrupulous developers or careless local administrators. Foreign homeowners, feeling that they have gone about things the ‘right’ way, view their homes as collateral damage in a fight they could not anticipate, nor control. The country’s two major political parties—PSOE (social democrats) and PP (conservatives)—have been of little help, eager to enforce the idea of a new legal stringency that treats all homeowners equally no matter their nationality, depth of pockets, or strength of their political connections. This sentiment is popular in Spain where the crisis has also led to mass evictions of impoverished owners no longer able to pay their mortgages.

Foreign residents with homes located in expat enclaves have been forced by their legal predicaments to examine municipal governments they previously ignored, and they do not like what they are finding. They feel that they should not be subjected to post facto legal actions or ‘made an example of.’ An imbroglio of court actions, legal filings, and declining home values has left many foreign owners seething. Many residents are advanced in years and speak only basic Spanish, making their housing disputes particularly trying. With little support from Spanish authorities, they have sought recourse from their home MPs,  expanding the scope of local conflicts into intra-European clashes. Feelings of getting a raw deal (because of a home’s legal status or a dramatic decline in value) has compounded the already tense relationship between Northern European owners (who represent the credit-issuing EU countries) and Spanish residents: whose country is mired in debt and austerity.

Many British residents, already well into their retirement, have moved back to the UK: selling their houses at a loss and abandoning their dreams of peaceful Mediterranean retirement. This is likely to continue as a potential Brexit puts the health care benefits of British expats at risk (there is some debate as to whether Spain’s UK retirees would have to start footing their own hospital bills). Horror stories from Spanish homeowners played up in the UK media have certainly led to the feeling of a great many that the union was already quite flimsy. While the connective tissue holding Spain and Britain together has strained since 2008, the referendum may wrench it apart. 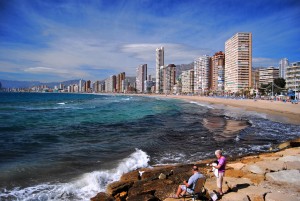 Unlike most of Europe, where second homes account for under 4% of the housing stock, Spain’s housing market has been nearly 20% for a generation. Now, this all might be in danger if the country’s property markets fail to rebound or if buyers with tangled legal predicaments are permanently scared away from the country. The population census of foreign residents dipped by nearly 100,000 in 2015 and Spanish authorities have struggled to wow new buyers to the beleaguered housing market. Last year, they introduced a ‘Golden Visa’ program that provides EU residence permits to non-European buyers who purchase a house or land over 500,000 euros. It’s widely viewed as a bid to attract Russian and Chinese elites in search of easier European travel and business dealings. Some have linked the program to a fall-off in demand from the traditional market of second home buyers: Scandinavians, Germans, Dutch, and British retirees.

The brisk business in second homes that existed before the 2008 crisis was not just a lucrative chunk of the Spanish economy: it was also a symbol of successful EU cohesion. The creation of modern Benidorm was the first step in the making of a tourism economy that progressed from visiting to staying. The construction of hundreds of white stucco retirement communities—while not an aesthetic slam dunk—was a success in terms of European cosmopolitanism: huge numbers of people bought property internationally, traveled there without visas, and retired in countries they weren’t born in. Yet, like so many cherished models of the EU’s social, economic, and political agenda, the 2008 crisis has turned Spain’s international real estate market into a cautionary tale. This marks a stark difference from the United States, where a strong federal system was able to bail out wrecked housing markets in places like Florida and Nevada. The EU finds itself in a much tougher position and the prospect of a British withdrawal from the union will make foreign homeowners’ headaches even more acute.

The biggest wildcard for the future of Spanish urbanism is the quickly-changing national political landscape: the housing scandal and management of the economic crisis has helped to tarnish the reputation of the two major political parties that emerged from the 1978 constitution. Now, a spat of hopeful young parties have popped up across the political landscape. Some are affiliated with the populist and left-wing Podemos movement, including the party of Barcelona’s new mayor, Ada Colau, a housing activist elected for her work on fighting evictions and struggling to reform corruption in the country’s real estate industry. These new parties hope to win big nationally when the country goes to the polls on June 26 in the wake of a failure to form a government after a contentious election in December. Despite public attention toward the abuses that occurred in the housing market before 2008, some are still wary of re-regulating the industry given that Spain has just officially emerged from recession in the last year. Many feel that their own financial comeback is still far off. For now, places like Benidorm—with economies devoted to tourism and second homes– remain the high water mark of European integration and perhaps remnants of a more optimistic period in the history of the European Union.

A longer version of this post has been published at the Journal of Sociology .

Sam Holleran is an artist, designer, and educator, formerly with the Center for Urban Pedagogy (CUP) and, more recently, a fellow at the Design Trust for Public Space, where he is developing a Community Design School with the Queens Museum and the New York City Parks Department (more here).

Max Holleran is an urban sociologist in the last stages of his PhD at NYU. His dissertation is a study of coastal urbanization for tourism in post-Franco Spain and post-socialist Bulgaria.

Related articles on LSE Eurocrisis in the Press:

Landscapes of the housing bust – A photo blog