Posted on March 9, 2018 by Eurocrisis in the Press 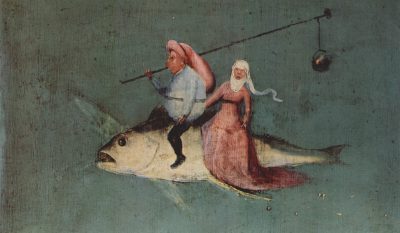 The result of the Italian general election was extraordinary. Even if the most recent polls had anticipated the trend, the actual numbers were surprising, providing the immediate sense of a rather dramatic political shift. Three main and tightly interconnected stories are easily detectible: the irresistible rise of the Five Star Movement (M5S), the decisive victory of the Northern League under Matteo Salvini’s leadership, and the collapse of Matteo Renzi’s Democratic Party (PD).

The Five Star Movement became the first party with more than 32% of the votes, up from 24% in 2013, with a margin of 14 points above second place. This was a staggering result. Although the M5S was expected to gain up to 29%, achieving 32% makes it one of the largest political parties in Europe. The (ex-Northern) League achieved well over 17%, by far its highest result ever. While the party started off as the representative of Northern Italy’s interests, grievances, and political positions, Salvini’s bid to transform it into a nation-wide political force on the model of France’s Front National has clearly paid off. The Democratic Party (PD), which has ruled Italy with minor allies over the 2013-2018 period, suffered a crushing defeat, decreasing from 29% in 2013 (and 40% at the 2014 European elections) to a meagre 19%.

As a sideshow, one can see the decline of Berlusconi, whose Forza Italia party lags far behind its League ally. Considering that Berlusconi is now 81, it is unlikely he will continue to be involved in active politics for much longer, and it is questionable whether his party can survive, and how, without its founder or more precisely, its owner.

It is not just the numbers that matter, but also their geographic distribution. The Northern regions where most of the economic production is concentrated, namely those with a massive fiscal surplus supporting the rest of the country, are dominated by the League. The South has been instead almost totally conquered by the M5S, with percentages ranging between 40% and 60%. The traditional strongholds of the PD in central Italy have collapsed, with only the territories around Florence and Bologna as the last notable exceptions. The PD’s defeat in the South is beyond belief. The M5S and the League, both labelled as “populist”, anti-establishment, xenophobic, anti-EU, and actively opposed for years by almost the totality of the mainstream media, academics, and intellectuals, now control around half of the electorate. Any containment strategy against them has failed. Why is that so?

The outcome of the election was determined primarily by the policies of uncontrolled mass immigration which started in 2014 under Enrico Letta and continued under Renzi and Paolo Gentiloni. These have de facto turned Italy into a giant camp for asylum seekers, generating a sense of societal breakdown and acute political conflict. The rejection of such policies is the single most important factor explaining the collapse of the PD as well as the rise of the League, and the only factor which can reasonably explain the deep penetration of the League in Central Italy (Rome: 10%; Macerata: 20%; Perugia: 17%; L’Aquila: 17%), not to mention the incredible 5% attained in Palermo.

The second most important factor is the socio-economic crisis which continues despite a period of mild economic growth starting from the end of 2015. While such recovery is confirmed by all available data, it remains quite modest in comparison to the economic pain of the 2009-2014 period. It also appears to be concentrated in some areas of the country (particularly the North-East, which has voted en masse for the League) and in certain strata of the population, while the South has remained in a troubling socio-economic condition. Renzi’s hyperbolic triumphalism over such a modest recovery despite widespread suffering in most of the country, and hostility towards a ruling class which is perceived as corrupt, self-absorbed, self-referential, and obsessed with fashionable but marginal issues, have propelled the M5S to its current position.

Italy in the international context

The result of the Italian election and the dynamics leading to it fall squarely in the context of a change common to all European and Western politics. After the end of the Cold War and with the onset of a unipolar, globalised international landscape, a new Euro-Atlantic political and intellectual elite has emerged. This elite is internationalised, urban, sophisticated, “trendy”, and solidly in control of mainstream communication. They regard nation states as a relic of the past while conceptualising countries, in a post-modernist fashion, fundamentally as platforms for global governance. They make little distinction between citizens and non-citizens, and place large emphasis on the individual, individual rights, de-territorialisation and geographic mobility, while downplaying collectivities (unless they are ethnic or religious minorities) and continuity with the past of the political community, even when they are nominally conservative.

It should be noted that these ideas have extremely limited penetration in the rest of the world, thus not being at all really “global” in a proper sense. In the past two decades, such ideological constructs have decisively moved the centre of political discourse and action towards identity politics. In 2015, this conception of the world and of politics peaked with the disaster of Merkel’s immigration policies, as well as the immense propagandistic effort aimed at legitimising them, with the active involvement of almost all Western intellectuals. The upfront adoption of policies which in no way can be regarded as sound and sustainable for anybody who has a minimal understanding of historical and political dynamics, as became clear in a matter of months, led to a dramatic loss of credibility for the ruling classes, institutions, the media, and intellectuals.

Since 2015, the West has found itself in a transition period in which such elites and their ideological constructions are suffering a series of grave defeats in pitched battles caused by the sky-high levels of political polarisation they themselves have created. Brexit and Trump, alongside numerous European elections that have featured the disappearance or deep crisis of traditional parties, particularly on the left (as in France, or the German SPD), as well as the ascent of the AfD in Germany, and the rise of the Visegrád group and even Austria as centres of political contestation, are the most immediate symptoms of a disintegration of political consensus.

Italy’s election is just another episode in this sequence. Renzi and his entourage could not see and possibly even imagine that allowing unlimited, unregulated mass immigration would destroy the bulk of popular consent for himself and his party. His worldview simply did not seem to be compatible with contemplating this possibility. He could not even see, as Merkel did, that by practicing such policies he was further undermining any sense of solidarity within the European Union, on which he and the country at large is paradoxically dependent, both politically and economically. Furthermore, he could not realise that the wholesale importation of obsessive US political discourses on race and gender into a completely different society such as Italy would have met fierce resistance, particularly when the problems for the overwhelming majority of the population are systematically sidelined or ignored.

Renzi’s faults are not simply mistakes or errors, his defeat is the consequence of a cognitive tunnel, the iron cage of group-think and echo-chambers in which Euro-Atlantic elites have put themselves. It is all too natural indeed that the few places where the PD retains a sizeable electorate are the still wealthy, idyllic centres of Rome, Milan, Turin, Florence and a few other major cities. The PD has been defeated despite open support from the overwhelming majority of mainstream media and intellectuals (who reside in above mentioned areas), a common pattern across the West (for instance in Hillary Clinton’s defeat in 2016).

It is difficult to envisage any remedy for this trend. The ideas making up the ideological landscape wherein leaders like Renzi or Merkel think and act are, simply put, flawed. In many ways the current crumbling of the ideological structure of the Euro-Atlantic world has similarities with the collapse of Marxism-Leninism in the 1980s in Central and Eastern Europe. Marxism-Leninism was not an unreasonable approach to political and economic problems in its heyday. There were “good reasons”, so to say, for its existence in historical terms. Nevertheless, its genetic defects quickly became all too evident and by the 1980s it was an overhauled ideology, even if very few of its exponents and intellectuals could see it. In all likelihood, the decline of Renzi’s and Merkel’s ideological worldview will continue given its fundamental unsustainability, even though one cannot expect them or those who think through the same ideological lenses to recognise this point, leading to the futility and even undesirability of political dialogue.

The parliamentary landscape in the aftermath of the election is so fragmented that no obvious path exists for forming a government. According to the constitution, President Sergio Mattarella will indicate, after consultations with all political parties, a possible candidate for the post of prime minister. This candidate will then need to have their own consultations in order to seek a majority in the Parliament.

In case the attempt is unsuccessful, the President can indicate new candidates, until either a majority is formed, or, if there is no chance to have one, new elections are called. In theory, the first candidate should be Matteo Salvini, as leader of the centre-right coalition (with Berlusconi’s Forza Italia and minor allies), which has gained most votes. The coalition does not have sufficient numbers in the Parliament, and it would require the votes of MPs from other formations. It is unclear who these could be. Alternatively, a League-M5S alliance without Berlusconi, although it could make sense from the perspective of political programmes, looks very unlikely. New elections in the next few months remain a very plausible outcome.

From a broader perspective, this election may have marked the beginning of a wholly new and rather worrying political phase for the Italian state. Given the fact that the M5S completely dominates the South, any attempt at sidelining it effectively amounts to the sidelining of the entire South. The North is dominated by the League. North and South are diverging more and more to the point of having now starkly different political systems, to an unprecedented degree.

While both parties have been very effective in capturing the acute discontent in both areas, they also run the risk of disappointing their voters. These are unlikely to return to moderate, centrist options, as moderates are by definition those who are satisfied by the status quo and desire only limited changes, but there is no realistic end in sight for social and economic pain in Italy considering the complexity and the systemic character of the crisis. The country is on a “natural course” towards radicalisation. The forcing of yet another round of inconclusive centrism by the President with EU support will most likely only accelerate this trend.

Note: This article gives the views of the author, and not the position of the Euro Crisis in the Press blog nor of the London School of Economics. It also appears on LSE’s EUROPP – European Politics and Policy blog.

Roberto Orsi is Lecturer at the Security Studies Unit of the Policy Alternative Research Institute, and at the Graduate School of Public Policy, University of Tokyo. He holds a PhD in International Relations from the London School of Economics and Political Science. His main research interests are theory of international politics, critical theory, history of political concepts (especially European conservative thought) and East Asia regional security.

The Moral Question in Italian Politics

3 Responses to Italy’s Election: The Path to Political Radicalisation