The seeds of the current crisis were sown nearly twenty years ago when European leaders agreed to create a currency without a country. Now, the Eurozone is split in two, with the creditor countries of the north able to borrow at next to zero interest rates, and those of the south facing massive deficits and economic instability. But both face a prescription of heavy austerity from the European Commission. Paul De Grauwe argues that the ECB and the European Commission can no longer afford to sit on the sidelines while the stability Eurozone continues to be undermined by those who fear for its future. The ECB must step in to guarantee the bonds of solvent but illiquid countries, such as Ireland, Spain, Portugal and Italy, the European Commission must encourage surplus countries to spend to offset the southern countries’ deficits, and the Eurozone must take steps towards budgetary union.

As the Eurocrisis unfolds it is becoming more and more obvious that this is a self-inflicted crisis; a crisis that has been made possible by systematic mismanagement by the European leaders. Mismanagement started before the start of the Eurozone when European political leaders pushed us into a monetary union without at the same time putting a budgetary union in place. They could have been forgiven were it not that many economists warned for the creation of a monetary union that was not supported by a budgetary and thus political union. European political leaders went ahead and created a currency without a country, deluding themselves and large parts of public opinion that this would not be a problem.

Now that the crisis could lead to the destruction of the Eurozone, the same political leaders who did not know what they were doing when they started it all are walking in the dark again.

We are now starting to understand that financial markets in a monetary union can force individual governments into default, even governments that are willing and capable to service their debt. It is sufficient that investors fear some payment difficulties for a devilish dynamic to be set in motion: government bonds are massively sold, creating a sudden stop in liquidity provision and making it impossible for governments to service the debt without outside help. Thus, fear and panic can in a self-fulfilling way drive countries into default.  Fear and panic are now the driving forces in the Eurozone, splitting the zone into two, pushing some into bad equilibria characterized by austerity and recession, and others into good equilibria allowing their governments to borrow at almost no cost.

Even today the ECB does not seem to recognize this problem. As a result, its strategy has been to wait and see. Thus, last year it waited until the sovereign debt crisis had sufficiently damaged the banking system and risked leading to an implosion. Close to the precipice, it decided to act and to provide massive amounts of liquidity to banks that were a multiple of what would have been necessary had the ECB acted earlier. Today as the Eurozone is hanging over the precipice again, the ECB again is sitting on the sidelines and waits for worse to come.

The European Commission has shown an equal capacity of mismanaging the crisis. Pushed by the creditor nations and the panicky financial markets, it is forcing Eurozone countries to accelerate austerity measures in the midst of a recession.  As a result, the debt to GDP ratios increase as the denominator in this ratio is shrinking faster than the numerator. Countries end up with a higher debt burden, which triggers more panic reactions in the markets.

Again there is a failure to understand what is going on. The excess debt accumulation in the South is matched by an excess accumulation of claims in the North. The correct response would be to force the deficit countries to reduce and the surplus countries to increase spending. The European Commission’s strategy, however, forces all the adjustment on the deficit countries without imposing a symmetric and opposite adjustment on the surplus countries. As a result, the Eurozone is forced into a deflationary straitjacket.

This strategy is doomed to fail, as those who are subjected to the deflationary treatment show symptoms of rejection.  It also leads to antagonism and conflict within the Eurozone. Southern countries are set up against the Northern creditor countries. The European Commission, which should promote the interests of the system as whole, has become the agent representing the interests of the creditor nations. Instead of unifying the Eurozone, the European Commission contributes to disunity and conflict.

The correct response to the crisis consists of three elements, all of which are key. First, the ECB should step in to stop panic and fear from undermining the stability of the Eurozone. It can do this by announcing that government bond rates of solvent but illiquid nations (Spain, Italy, Portugal, Ireland) will not be allowed to exceed a certain level (say, 300 basis points above the German government bond rate). The ECB is the only institution that can guarantee this, and stop the spread of existential fear that destroys the Eurozone. The EFSF and the future ESM have limited resources and cannot credibly commit to such an outcome. 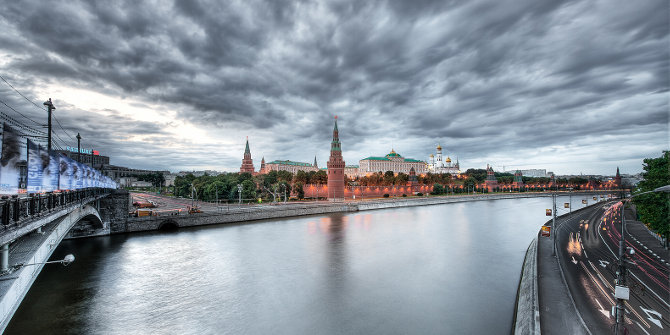