Russia is well known for the systemic corruption that characterises its society, politics and institutions. But this may be about to change. Mark Galeotti argues that as Russia moves on from its period of post-Soviet state-rebuilding, the sheer costs of corruption and pressure from Russia’s new middle classes may force the government to take tougher action.

It’s a cliché to say that corruption is a serious problem for today’s Russia. Of course, it’s true: a recent opinion survey by pollsters VTsIOM found that corruption regarded as the greatest constraint on Russia’s development. Former President Dmitry Medvedev admitted in his swansong TV interview that while “it would be a massive exaggeration to say that nothing is being done,” actual results had been “modest.” Why? “Officials are a corporation. They don’t want anyone to interfere in their business.”

This was a striking admission, but graft does not just bubble up out of individual and factional greed; it is a time-honoured tool of state-building that successive administrations have knowingly wielded. After all, corruption is a cheap and easy way to buy and reward national and local elites. Sometimes it also humanises systems, allowing the entrepreneurial and the desperate alike some hope of being able to access goods, jobs and services otherwise closed to them.

The questions are rather about how and when a country outgrows this primal stage of state-building – and who leads the change. Russia’s paradox was that it had to create itself in the 1990s, but on relatively advanced social and cultural foundations. This was rather a process of state-rebuilding, something that has been much less extensively studied.

Successive Russian governments have paid lip service to the problem while doing little to address it on a systemic level. Where senior figures have been prosecuted, this has tended to be when they fell out of political favour rather than because they were any more venal than their peers. However, this laissez-faire approach may have to change, for two main reasons. 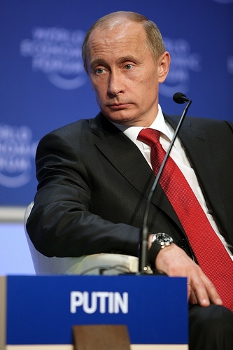 First of all, the government is increasingly aware of the extent to which corruption is undermining and debilitating it. For a regime so concerned with security and defence, for example, Main Military Prosecutor Fridinsky’s assertion that 20% of the State Defence Order is stolen through kickbacks and embezzlement is unwelcome news. That is equivalent to all the money Russia spends on employment programmes and supporting the jobless in a year. The cost of corruption matters all the more when times are tighter and the old standbys of oil and gas export revenues less able to mask domestic weaknesses. The Russian economy is set to grow at a respectable 4% this year, but this will not be enough to cover the ambitious spending pledges President Vladimir Putin made simultaneously to address the competing needs of the state, the elite and society.

Something will have to give; in the past, the brunt of cuts would fall on the masses, but now Putin is facing unprecedented political pressure. A new generation of Russians who have benefitted from the past twenty years of progress are calling for political change. However, from the Kremlin’s point of view, the threat is not so much the predominantly middle-class protesters marching in Moscow but the possibility that they could find common cause with ordinary Russians.

In March, for example, activist Evgeny Urlashov won mayoral elections in the city of Yaroslavl not by campaigning on national issues but practical local concerns. Many of these, in some form or another, stem from corruption: prices in local shops inflated by the need to pay off officials, construction work done badly and late because contracts went to those offering the biggest bribes, and so forth. In other words, the issue of corruption may prove to be central to the narrative by which the comfortable metropolitan protesters of today may win themselves a mass constituency tomorrow.

However, what Putin calls “systemic corruption” is not just endemic, it is central to the process whereby the Kremlin co-opts varied sectional and regional elites. On a recent trip to Moscow, for example, I spoke with a middle-ranking official within the security apparatus who was thoroughly disillusioned by Putin but feels he has no alternative but to support him precisely because he has accumulated such wealth through tacitly-sanctioned embezzlement. Likewise, there are whole regional leaderships whose loyal adherence to the Kremlin line is bought and paid for in this manner.

The rebuilding of Russia has happened at a break-neck pace; from orphan of a collapsed empire through anarchic basket-case to relatively stable if authoritarian modern state in two busy decades. However, even if the Kremlin does decide to rise to the challenge of truly addressing corruption – and this is by no means guaranteed, as in a crisis Putin’s instincts seem to be to consolidate rather than reform – then how can it likewise compress a process which in the West often took decades? Corruption is the mortar holding the Kremlin walls together; can Putin really scrape it out and replace it without bringing the whole structure tumbling down?

On 20 June, Alexander Lebedev, Mark Galeotti and Vladimir Ashurkov discussed corruption in Russia, at the Chatham House event Russia’s Rotten Core: Money, Politics and the Rule of Law. Click here to listen to the podcast.

Mark Galeotti – New York University
Mark Galeotti is Professor of Global Affairs and the chair of the SCPS Center for Global Affairs at New York University, as well as an associate member of its History and Russian & Slavic Studies departments. He works on modern Russian politics and security affairs with a particular interest in crime and corruption, especially showcased in his blog, In Moscow’s Shadows. His most recent book was the edited collection The Politics of Security in Modern Russia (Ashgate, 2010) and he is currently working on a history of Russian organised crime for Yale University Press. He blogs at http://inmoscowsshadows.wordpress.com/.