Originally envisioned as part of Europe’s path towards greater political union, the euro as a project has stalled, with the eurozone now mired in high debt levels and austerity. In an interview with EUROPP editor Chris Gilson, and following an LSE lecture to promote his new book, Thomas Mayer explains that the euro is ‘Europe’s unfinished currency’ and how, in times of crisis, nations must be responsible for their own decisions.

You call the euro, “Europe’s unfinished currency”. What do you mean by this?

It’s an allusion to Schubert’s unfinished symphony. But I have to admit that Schubert did a better job than the founding fathers of the euro. His symphony stands as it is. The euro urgently needs more work to survive. 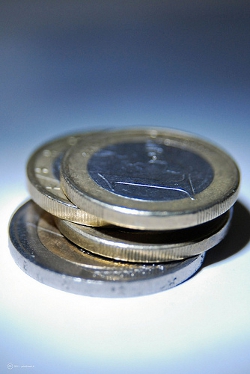 In past decades, why do you think that the Maastricht criteria for EMU entry were not strictly enforced?

The Maastricht criteria themselves were incomplete. Countries were not tested for economic flexibility, which is so important for members of a currency union. Moreover, political considerations got the upper hand. Countries were allowed to enter EMU that were clearly unfit. Now we see the consequences of the careless decisions of politicians.

Does the role of the ECB still require further changes in order to help to resolve the current eurocrisis?

We need to find a way to get ECB help for achieving financial stability. In my book I argue that the ECB should be involved in banking supervision and be available as a provider of funds of last resort to systemically important debtors. But to avoid that, the ECB keeps funding entities when it is clear that their problem is not a lack of liquidity but insolvency. I argue that it should perform these functions only in association with a fiscal authority. In cases of insolvency the latter has to restructure or unwind the entity to avoid monetisation of bad debt. Unfortunately, however, it seems that the ECB will act directly as a lender of last resort to troubled governments and be solely responsible for bank supervision. In my view, this will create conflicts in the ECB between the goal of price stability and financial stability. When such a conflict comes up, financial stability always wins.

Do you think that political union in Europe could provide a meaningful solution to the eurocrisis?

No. Europe is culturally too diverse to have a strong political centre manage the affairs of nations. People will resist government from Brussels, because it lacks democratic legitimacy. We need to respect national sovereignty and find solutions that reconnect sovereignty and responsibility for financial affairs at the national level.

How can Europe achieve financial stability once again?

We cannot create an “unlimited partnership” of sovereign European nations for the reason I just gave. But we can create a “limited liability company”. That means, we can help each other up to a point in times of crises, but eventually nations will have to be liable for their financial decisions.

Do you think the euro will still exist in its present form in five years’ time?

I think the euro will still be there. But membership may well have changed and, as I argue in my book, there could be parallel currencies to the euro in some member countries.

Thomas Mayer gave the lecture, Europe’s Unfinished Currency: the political economics of the Euro, on 1 November at the LSE. Click here for the event’s podcast and slides.