The eurozone crisis has increased demand for cheap labour across Europe. However, the return of EU internal migration controls is unlikely.

The eurozone crisis has increased demand for cheap labour across Europe. However, the return of EU internal migration controls is unlikely.

Rather than reducing labour migration flows within the European Union, the economic crisis seems to have amplified them. Alexandre Afonso argues that the return of internal migration controls within the EU is unlikely, and that domestic battles about the regulation of migrant employment may give rise to surprising alliances.

Many had expected that the economic crisis would reduce labour migration flows within the European Union, and yet the opposite seems to have been the case. The deep recession in the European periphery has led to a mass exodus of young workers from Spain, Portugal, Ireland and Greece to other parts of Europe, and migration flows from central and Eastern Europe to the EU15 have continued to grow despite the crisis. The economic downturn and austerity policies have led many companies to squeeze costs, thereby boosting the demand for cheaper migrant labour. After the “Polish plumber” controversy in France in 2005, or Gordon Brown’s infamous “British Jobs for British Workers” speech a couple of years ago, the debates about labour movements within the EU are gaining a new momentum. Cases of exploitation of migrant workers from Eastern Europe have notably made the headlines recently in the United Kingdom.

In a context of high unemployment and mounting Euroscepticism, politicians on the Left and the Right seem to be turning to labour market protectionism as a way to respond to voters’ concerns. Last year, Spain was the first country to use its safeguard clause in the enlargement treaty to temporarily restrict access to its labour market for Romanian workers. The British Home Secretary, Theresa May, recently announced that she would push for curbs in the free movement of workers in future EU negotiations, while David Cameron declared earlier this year that the UK was ready to enforce “stringent border controls” should Greece leave the eurozone. Labour leader Ed Miliband declared in June that his own party had “got it wrong” by allowing too many Eastern European immigrants into the United Kingdom. He notably advocated the introduction of quotas of foreign workers to ease the pressure on wages and public services. 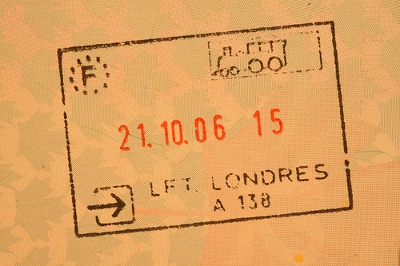 However, unless the eurozone actually breaks apart – or if the United Kingdom leaves the Union – the permanent reintroduction of measures of migration control within the EU seems unrealistic as it would override a now gigantic body of EU legislation. It would also face the staunch opposition of the countries in the East and the South that are net exporters of labour. Similarly, the harmonisation of social standards and labour law at EU level, which could guarantee a level-playing field for cross-labour mobility, is not going to materialise in the near future, nor is a fiscal union which could temper socio-economic imbalances within the EU. At present, the only arenas where the impact of EU migration on wages and employment can be effectively regulated are within member states themselves, for instance through minimum wages, labour inspection, collective bargaining arrangements or rules applying to work agencies and gangmasters. In these domains as well, the margin of manoeuvre of member states is now severely limited by a number of rulings of the European Court of Justice.

In many member states, trade unions and employers play a central role in these domestic regulation battles about labour mobility, and the conflict lines between them are not always those that one would expect. Labour market conflicts are often understood around a classical class cleavage: trade unions seek to protect acquired rights through regulations, while employers push for liberal policies and de-regulation. In an article recently published, I show that employers can actually support or consent to regulations to protect wage standards and the enforcement of labour law in the context of labour mobility. Different employers may pursue different policy strategies depending on their market position, the strength of trade unions they have to face, or the risk of public intervention.

By virtue of Single Market rules, the free movement of workers and services has created new opportunities for regime-shopping, that is, the possibility for companies to use the more business-friendly regulations of one member state to provide services in another member state. For instance, construction companies can set up shop in low-wage countries and bring in workers from these countries in order to circumvent the social standards of the countries in which the work is actually done. This is notably what happened in the much debated Laval case: a company was contracted to build a school in Sweden, but employed Latvian workers whose wages had been agreed with Latvian unions, obviously at lower rates. However, companies that are directly threatened by this form of competition, and which cannot directly lower their wage costs due to militant trade unions at home, may push for the establishment of binding minimum wages as a barrier to entry for competitors.

They may also strike compromises with trade unions to push for more labour market regulation. These alliances were notably present in countries such as Austria and Switzerland, and recent research on a large sample of companies in Germany indeed shows that employers in a number of economic sectors favour minimum wages as a barrier to entry. Besides, even in countries where the power relationship among firms is unfavourable to the pro-regulation stance, such as Ireland, employers may still consent to labour market regulations negotiated with trade unions rather than unilateral interventions by governments. In a field of growing political concern, employers may prefer rules that they can shape, rather than having regulations imposed on them by governments at the behest of public opinion.