This week saw the summit to decide on the EU’s budget for 2014-2020. On Monday, Open Europe had a good roundup of what the different countries want out of the budget, and who is likely to veto it. On Wednesday, Lost in EUrope was pessimistic about the summit’s outcome. There is much discussion about Britain’s role in the budget negotiations; Open Europe says that the UK is “not about to get completely stuffed in Europe”. Meanwhile Coulisses de Bruxelles is worried that the European Commission has all but absented itself from the budget debate. Finally today, Open Europe discusses what it identifies as a ‘leaked version’ of President of the European Council, Herman Van Rompuy’s, latest proposed budget.

The European Citizen looks at the politics of appointing Tonio Borg as a new European Commissioner. Many in the European Parliament disagree with his views on divorce and abortion. ACELG at Blogactiv.eu looks at the circumstances behind the resignation of his predecessor, John Dalli, saying that it “could constitute the plot of an institutional thriller”. On a more general level, Dimiter Toshkov argues that while the Commission may be good at bureaucracy, it is ineffective as a political actor and suffers from an inability to influence public opinion.

Public Affairs 2.0 has an interesting solution to Europe’s fishing woes, while Brian Gardner at Blogactiv.eu looks at the European Commission’s proposals to cut back on the biofuels section of its renewable energy policy.

Over the weekend, LostinEU accuses the Nobel Prize winning EU of being silent over the escalating conflict between Gaza and Israel.

Reuniting Europe at Blogactiv.eu says that in the aftermath of its elections, Ukraine would like to send the message to the EU that it has ‘passed the test’, and would like to pursue closer relations by holding an EU-Ukraine summit.

Karpfenteich previews German Chancellor Angela Merkel’s visit to Russia this week, saying that she will not encounter the same protests as when she visits EU countries. Meanwhile, Matiyeshyn on Europe at Blogactiv.eu looks at the recent gas pipe agreement between Russia and Bulgaria.

Lost in EUrope looks at the dispute between the EU and the IMF on the restructuring of Greece’s debt, saying that the emergency loans will not likely eventuate until the end of November. Open Europe says that the planned two year extension to Greece’s bailout (when it does eventuate) could end up costing an extra €32.6 billion. Meanwhile, Dimitris Rapidis at Blogactiv.eu reports that over 2.3million Greeks now live below the poverty threshold, at a time where social welfare has become almost completely non-existent.

Rhein on Energy and Climate at Blogactiv.eu says that the EU should look to Switzerland for lessons in economic policy – small government and decentralised political responsibility.

Revolting Europe says that there is little benefit to the recent round of privatizations in Southern Europe – except for ‘corporations and fat cats’.

Open Europe marks the end of the ‘Monti paradox’, saying that now, most Italians no longer want the a second term for Italy’s Prime Minister. Meanwhile, Nucleus at Blogactiv.eu looks at how austerity is working a year into Monti’s premiership.

Craig Willy has a comprehensive rebuttal of the Economist’s recent critique of the French economy, though France still lost its AAA rating from Moody’s (to AA1) as reported by Lost in EUrope this week. Perhaps it is something to do with France’s growth projections being revised downwards as the OFCE blog discusses. In terms of French politics, the biggest development this week was the disputed leadership contest in the opposition UMP party. The Economist has an assessment of what it states was an ‘unbelievably messy process’, which ultimately saw Jean-François Copé emerge as the winner over his rival François Fillon by only 98 votes.

Nada es Gratis looks at Spanish labour reforms aimed at reducing the number of workers on temporary contracts. Meanwhile, Revolting Europe says that Spain’s ‘precariat’ has swollen to nearly 21 million as a result of the crisis, and European Ideas says that investing in higher education may be key to recovering prosperity in Spain. Lost in EUrope says that Spain is increasingly looking towards Latin America for investment to help it during the economic crisis.

On her blog, Corina Cretu says that the opposition PDL party in Romania has serious problems understanding democracy given their view that having a parliamentary session on Romania’s position on the European Council meeting would be a ‘waste of time’.

The British Labour MEP, Mary Honeyball reports on Ed Miliband’s speech to the Confederation of British Industry which made it clear that the UK’s future lies with Europe. The European Council on Foreign Relations says that the UK’s main value in Europe is geopolitical.

Beyond the Transition reports that an Anders Breivik-style terror attack on the Polish parliament has been foiled by Polish Internal Security. Finally Europe & Me voice their opinion on abortion laws.

Image of the week

Open Europe takes a lighter look at the EU budget by drawing up a ‘team of the week’ of figures who have threatened to use their veto during negotiations: 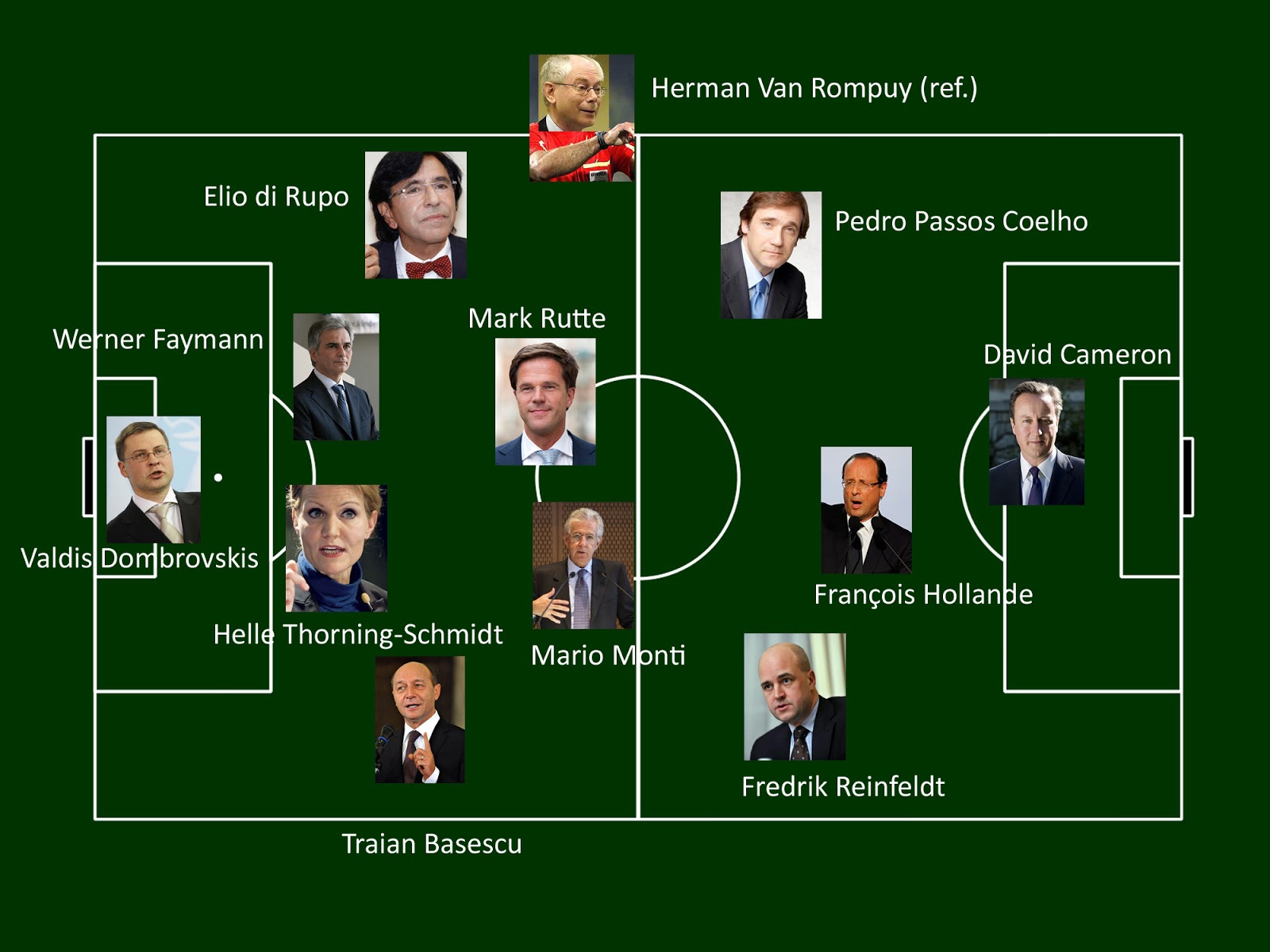 What has President of the European Council, Herman van Rompuy been up to? This week he met with the President of Haiti, Michel Martelly.

Jon Worth blogs that Schengen is a myth, while Euromove at Blogactiv.eu address another ‘myth’ by looking at the claim that the EU is banning the reuse of jam jars.

Brussels blog round up: Everyone in the EU is under fire, pressure on Europe’s last dictator, and more of the same from Van Rompuy? 25 February – 2 March, 2012