While the negotiations over Cyprus’s bailout agreement have been extremely controversial, this month also saw the EU and IMF relax the terms of their financial assistance to Portugal. Alexandre Afonso details some of the main reasons why Portugal has been treated much more leniently in negotiations. Despite falling short of economic targets, the country has been praised for its determination to implement austerity policies. However the extent to which the crisis has encouraged emigration by young Portuguese citizens may pose a future problem for the sustainability of Portugal’s welfare state.

On March 15th, Portugal was granted more time to reduce its public deficit under the terms of the memorandum of understanding signed with the EU, the ECB and the IMF in May 2011, when the country became the third member state to be granted financial assistance in the context of the Eurozone crisis. This relaxation in the terms of the bailout has been considered as a reward for Portugal’s compliance record with the adjustment programme, which included highly unpopular cuts in public sector wages, dramatic tax hikes, and the privatisation of major industries (airports, electricity, and the energy network). Portugal has been consistently commended for its determination in pursuing austerity reforms, despite economic figures that have also consistently fallen short of targets in terms of growth, unemployment and debt reduction. Recent figures from the Ministry of Finance show, for instance, that €23.8 billion in cuts (14 per cent of GDP) over three years have only reduced the deficit by €6.6 billion, partly because of the sharp drop in revenue that they have caused. Unemployment has reached 18 per cent (39 per cent for youth unemployment) in January. In spite of this, the IMF has continued to laud the Portuguese “remarkably sturdy social and political consensus”, which also ensured a more lenient approach from Germany.

How can we explain this “consensus” set against the anti-austerity anger soaring across Europe? Three factors which set Portugal apart can be mentioned: the situation that prevailed before the crisis, the policy strategies of the major political parties, and the deeply enshrined tradition of Portuguese citizens to “vote with their feet”.

The first factor is that Portugal did not go through a phase of “boom and bust” like Spain, Greece or Ireland. If the measures of fiscal retrenchment implemented since the bailout have been fairly brutal, the turn to austerity has not been as sudden as in other countries: indeed, it had already started before the crisis. Similar to other peripheral countries, Portugal joined the Eurozone with an overvalued currency in relation to its productivity levels. In the context of falling demand abroad due to German wage restraint and increased competition from eastern and central Europe, its exports have been strongly penalised since the late 1990s. As in Spain or Greece, the low interest rates allowed by EMU strengthened domestic consumption, high levels of private debt, and trade imbalances. However, by contrast to these countries where economic growth was supported by real estate bubbles, the Portuguese housing market was saturated by the end of the 1990s, which made it fairly insensitive to low interest rates. Caught between low export competitiveness and limited possibilities for domestic expansion, Portugal went through a decade of anaemic growth after it entered the euro. According to OECD data, Portugal has been the Eurozone country that has grown the least since 1999 (Figure 1). As a result, Portuguese governments were already engaging in fiscal consolidation measures before the crisis, particularly under the socialist government of José Socrates (2005-2011). 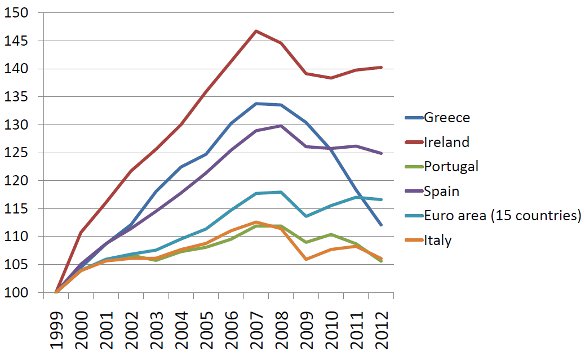 The second factor is the political strategy pursued by the major political parties. While Greece has faced a situation of political instability that many have compared to Weimar Germany, the major Portuguese parties have displayed a surprising degree of consensus from the early stages of the sovereign debt crisis. Austerity measures, first carried out by the socialist minority before the bailout, have been supported by the centre-right PSD, and the socialists have at least passively supported a number of measures of fiscal retrenchment pushed by the conservative PSD/CDS-PP coalition that came to power in June 2011. This pattern of compromise can be explained by the weak ideological distance between the major parties, but also by their reluctance to assume office in the context of the adjustment programme. In essence, holding office in the shadow of the Troika is not exactly an appealing prospect. It consists of doing the dirty work of pushing through highly unpopular policies with a minimal margin of manoeuvre, and seeking to defuse popular anger. For the PS and the PSD particularly, supporting the government while in opposition has been an expedient way to push forward a number of unpopular measures without directly taking the blame for it. Even if they have recently adopted a more combative stance, the socialists have found it difficult to advocate an alternative agenda precisely because they pursued the same kind of policies when they were in power.

The final factor is the traditional role of emigration as a safety valve for social problems in Portuguese society. Albert Hirschman masterfully wrote that there are three possible responses in the face of adverse political or economic conditions: loyalty (compliance), voice (protest) or exit (retreat). While popular protest (voice) has been increasing, as recently shown by a number of mass demonstrations using the symbols of the 1974 Carnation Revolution, what can also be observed is a mass strategy of “exit” through emigration. Recent figures indicate that more than one million Portuguese have left the country since 1998, and up to 120,000 may have done so in 2011 alone. In a country of ten million inhabitants, these are extremely large numbers. The emigration cycle that started in the late 1990s is only matched by the one from the 1960s, when emigration was often the only way to escape the rigid social structure maintained by the Salazar dictatorship. In the context of the current crisis, emigration may have helped to dampen unemployment and possibly political protest, but it also contributes to massive structural problems for the sustainability of the welfare state. Those who leave for Brazil, Angola, Mozambique, Germany or elsewhere are often young and well-educated, and since Portugal also has one of the lowest fertility ratios in Europe, potential net contributors to the welfare state are leaving, while net beneficiaries, such as pensioners, are staying. In this context, the biggest risk for austerity-hit Portugal may not be a social explosion, but a slow death by attrition. 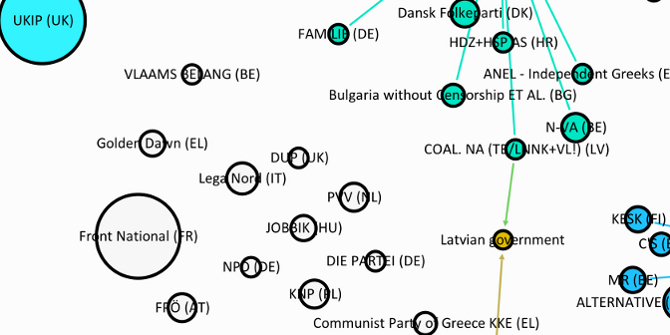