Is there a ‘dark side’ to European modernity? As part of our ‘Thinkers on Europe’ series, EUROPP’s editors Stuart A Brown and Chris Gilson spoke to Jeffrey C. Alexander about his views on modernity, the European integration process, and the importance of cultural and political symbols to European democracy.

You’ve written about the ‘dark side’ of modernity. What is the dark side to European modernity?

Well the dark side is the disappointing, dangerous side to modernity, not to mention the murder and wars. There’s a strong narrative of progress that’s associated with the idea of modernity, although it depends when you think modernity started. You might start with the Renaissance, the Reformation, the Industrial Revolution, or the Scientific Revolution, but I wanted to put “The Dark Side of Modernity” together to crystalise the idea that there has always been a dark part that offers a kind of counterpoint to the light part. And in Europe of course we think of the first half of the 20th century as a devastating period both in terms of the birth of total war and genocide.

I describe modernity as ‘Janus faced’. The god Janus was a Roman god that was associated with the creation of order in the universe, but there was also the idea that disorder was always close behind. So he was a god whose face was split and looked in both directions. They often put images of Janus over doorways, arches, and entrances to indicate that even when you’re moving through something, you’re also drawn back into the chaos.

How important are cultural and political symbols to modern European democracy?

I think they are important to European democracy. I’ve helped develop something called ‘cultural sociology’ and I think that symbols, narratives – even rituals – continue to be fundamental to the possibility of a social order in modern times. Of course Europe itself is a symbol – there’s already a word ‘Europe’ – so that’s very significant. We don’t just talk about Britain, or France, or any other country, we also talk about Europe in its own right. In contrast to some other countries, a lot of people in the UK often talk about Europe as if the UK isn’t part of it, so you can see the importance of symbols in that regard.

I also think that Europe as a project, as the European Union or the euro, has had a problem developing common symbols. That’s been part of its difficulty in providing a sense of solidarity across nations among ordinary citizens, not just the elites. I believe that attachment to common symbols is the way that people experience a connection to each other. I certainly think that has an impact on the problems with the euro, which is a major symbol. Even though it’s an economic and material object, it’s also a symbol and it’s been under a lot of pressure. The elites are the ones who introduced the euro, of course, and I think the struggle for the euro – as people say, to ‘save the euro’ – has to be understood on a non-economical level. It’s a struggle to save the symbol of the euro, which represents the idea that the states of Europe can be attached to each other through a shared economic fate.

In terms of how symbols are generated from the bottom up, one thing I’ve been struck by since I’ve been living in the UK – whether you consider it part of Europe or not – is the impact of football. I think football and sports generate an awful lot of the common symbols that people share. The players are moved back and forth through different teams, and you find people with favourite teams from all over the continent. People who support Manchester United, for example, are supporting players from all over, not just from Manchester. Then there are European competitions, such as the Champions League. So I think that sports are possibly one way in which symbols are generated from the bottom up.

You’ve previously developed a theory of ‘cultural trauma’. Could the austerity policies that are being implemented in southern Europe be considered a form of cultural trauma?

Absolutely. The point of my theory of cultural trauma is that there is a subjective, cultural, and political process that happens – not just a physical or material event. So you might have a war, but then that war has these long-term, open-ended repercussions which are then patterned by social struggles and social innovations. The EU was a response to a trauma construction after World War Two, and it was obviously an extremely constructive one. After World War One the trauma process was such that it separated European countries and turned them into even more enduring enemies, but there was a different kind of trauma construction after World War Two.

Now Europe is experiencing a real traumatic episode, which I think has reached this level of trauma because people are extremely frightened. They’re frightened about the core of their identity: certainly the southern European countries are not just experiencing a terrible economic crisis, but also an identity crisis about who they are and what the relationship towards their neighbours should be. The hatred of Germany that you find in Greece and even in Spain is pretty frightening, too. I think all of these developments have to be carefully processed.

Is the lack of a single European culture a fundamental limitation of European integration?

Well I wouldn’t agree with the premise that there isn’t any common European culture. I think that there are overlapping common cultures: there is a lot that Europe has in common. When you look at it from the American perspective, there is this dialogue between something called ‘Europe’ and something called the ‘United States’, and Europe gains, in fact, a lot of its identity from differentiating itself from the United States – and vice versa. But of course within Europe there are centuries and centuries of intense war and economic competition. Just look at the relationship between France and the UK: it’s filled with conflict. I think of the effort of the EU as not only a political and economic effort, but as an aim to create a deeper common culture.

So there’s an open-ended, dynamic relationship. The idea of a Europe of nations is the only possible solution here: there’s a common thing called ‘Europe’, but there are also nations. There’s a play off between difference and commonality. But it is a danger right now, in this economic crisis, as to whether there is enough non-economic solidarity to have people willing to make sacrifices for other Europeans. Inside of the UK or Germany, for example, there are a lot of regional variations, but there’s enough national identification to allow that to happen. Is there enough shared symbolism and common culture to allow there to be that kind of solidarity within Europe? I think the jury is still out on that. 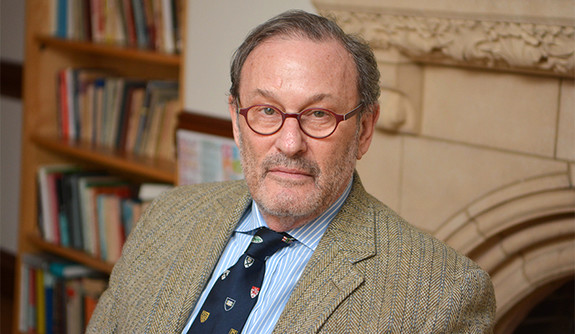 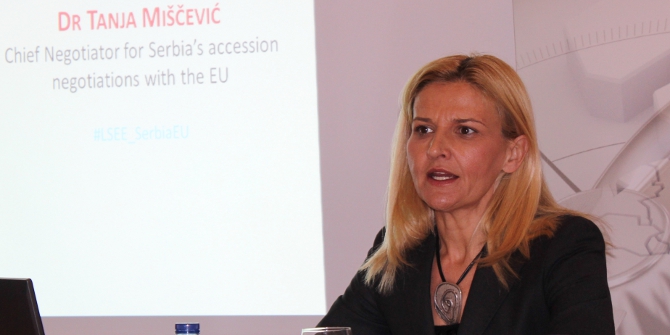