With declining birth rates and an ageing population, Europe is facing the threat of a demographic decline by the middle of the century. Facing similar challenges, the US has recently moved to reform its immigration policies, thus allowing greater numbers of migrants to encourage growth. Sarah Wolff argues for similar reforms for European immigration policies, which until now, have been focused on the promotion of intra-European immigration, whilst securing the EU’s external borders and organising the return of irregular migrants.

‘Now is the time’ hammered out President Obama in his January speech on immigration reform. Time has come to act upon migration as a golden opportunity for US economic recovery. Time has come for migration to benefit the American society as a whole. The reform should ‘provide more ladders of opportunity to those who are willing to work hard to make it into the middle class’.

This ‘common-sense’ reform includes a facilitated access to citizenship for US Green Card holders and the regularisation of undocumented migrants under a number of conditions. The assumptions of the Obama administration are that migrants’ consumption boosts the economy and creates jobs. According to the Migration Policy Institute, in the 1990s, half of the growth in the US came from new immigrants. Migrants are a boon for an ageing society like the US, and a growing birth rate constitutes a safety net for future pensioners and for the long term sustainability for Medicare reform.

This bold US agenda is at odds with Europe’s restrictive migration policies. Europe is stuck in a narrative of ‘now is the time of crisis’, where electoral short-termism comes first over what should be an essential migration strategy to meet Europe’s growth objectives. Rather, the crisis is a handy scapegoat for restraining migration. While the US blueprint plans to staple a US green card to foreign graduates who get their diploma in science, technology, engineering and mathematics, the UK government is clamping down on overseas students by restricting their access to the UK labour market. In Spain, a promised land for many Latin Americans in the last decade, unprecedented unemployment rates have led 800,000 migrants to return home since 2011. Around 120,000 Spanish people have also decided to emigrate.

Yet, like the US, Europe is facing similar economic and demographic challenges. In many crucial sectors of the economy, European businesses have problems recruiting doctors, nurses, IT specialists and engineers. According to the Migration Observatory, two third of care assistants in London are migrants. In Spain, migrants have contributed to 30 per cent of GDP-growth in the past 15 years. Europe is also an ageing continent, where migrants will be key to the preservation of welfare states. By 2050, there will be only two active citizens per retiree, down from four to one today. This is unsustainable.

Joel Fetzer has recently shown that European public opinion is not more opposed to migration than in the US. So what can explain the blindness of European governments and the lack of ambitious policies?

First, unlike in the US where the ‘melting pot’ is constitutive of nation building, Europe’s migration history is multiple and as diverse as 27 narratives. Second, the European single market is disconnected from migration policies. If much has been achieved on intra-European migration, ambitious labour migration policies for non-EU nationals are now lacking. So far, the European consensus has built around an image of ‘Fortress Europe’. Except for relatively liberal asylum policies, the focus has been on securing the EU’s external borders and organising the return of irregular migrants.

Little has been achieved on labour migration. The European Blue Card, modelled on the US Green Card and adopted in 2009, falls short of high-skilled migrants’ expectations. Not only are a recognised diploma and three years of professional experience required, but the prospective migrant also needs to earn 1.5 times the member states’ annual average gross salary. Unlike the US, citizenship is also not guaranteed as it depends on EU member states’ good will. The UK, Ireland and Denmark have also opted-out of the scheme. It is no wonder that Europe is no longer attractive to many. High-skilled migrants from Northern Africa and Middle East prefer to try their luck in the US, Canada or the Gulf countries. In 2010 a CADMUS research report confirmed that around 80 per cent of Egyptians who had migrated to an OECD country in 2008 were living either in the US or in Canada.

The threat of an ageing Europe, waning worldwide competitiveness and poor innovation levels should act as a wake-up call for European politicians, businesses and universities who should not shirk their responsibilities. More knowledge on the benefits of migration should be spread around Europe. Lampedusa, near Sicily is the most beautiful beach only for Europeans, not for those dying to reach it as refugees from Northern Africa. The stakes are high for Europe’s future.

Sarah Wolff – Queen Mary, University of London
Sarah Wolff is a Lecturer in Public Policy, at Queen Mary, University of London.  She is also Senior Research Associate Fellow at the Netherlands Institute for International Relations. Her research focuses on Justice and Home Affairs cooperation between the EU and its Mediterranean neighbours. Her most recent book is The Mediterranean Dimension of the European Union’s Internal Security (Palgrave, 2012). 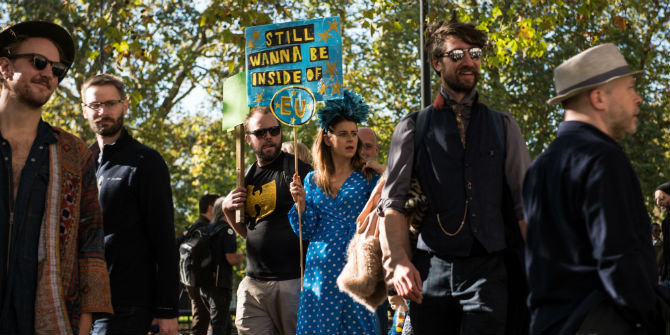