Public scrutiny through freedom of information is a fundamental element of a well-functioning democracy, and Spain is one of only three EU nations that do not have such an access to information law. However, recent moves by the new government to introduce a transparency law could pave the way towards greater public trust of the government. José Javier Olivas and Fabrizio Scrollini write that while this law is very likely to face stiff opposition in its drafting process and implementation, if it is enacted it would be a sign of leadership and add credibility to Mariano Rajoy’s government in the eyes of Europe and the wider world.

The current Euro Crisis has unveiled many political and institutional deficiencies in Spain. Among them, the lack of transparency and free access to public information is one of the most serious. In modern democracies public scrutiny is a fundamental element for good governance. Transparency empowers the citizenship and civil-society to keep the government in check. Many of the problems that have contributed to the built-up of the crisis in Spain (and other European countries), such as opacity in public procurement, absence of reliable policy evaluations, mismanagement of public expenditure and corruption, have been enabled  and aggravated by the lack of transparency. Numerous voices within the Spanish polity, media and civil society are now criticising the passivity of the Spanish government to redress this situation. They are claiming the pressing need for a new much more ambitious legal framework of access to public information. The eurocrisis is certainly creating a window of opportunity for reforms such as this one and Prime Minister Mariano Rajoy’s government seems to be increasingly willing to implement it. Despite the many obstacles and mixed signals from the government there is still hope. The new law for transparency could become the first step into a real process of institutional regeneration in Spain.

The long siesta of transparency 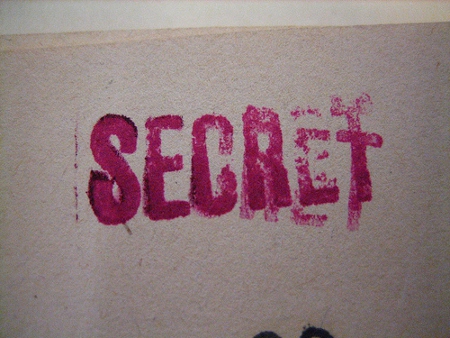 Transparency has been in the agenda for a long time in Spain, albeit in a ‘dormant’ mode. The strong legacy of the Francoist Law of Official Secrets enacted in 1968 (and only superficially amended in 1978) has decisively contributed to a comparatively very opaque public administration.  To redress this situation, in 2004 Spanish Prime Minister José Luis Rodríguez Zapatero, promised a transparency law that would enable citizens to request information from public authorities, thus fostering democratic control and accountability. However after much foot-dragging, in 2011 the government announced that the Transparency Law was no longer a priority for the government. Mr Rodríguez Zapatero‘s party lost the election and the law was never passed.

The failure to enact an access to information law has left Spain in uncomfortable situation. Spain has the dubious honour of being among the three countries in the European Union (with Luxembourg and Cyprus) that do not have an access to information regulation.  Furthermore in the Ibero-American context, while Spain was once considered an example to follow, now it has been surpassed by countries such as Mexico, Chile or Uruguay.  Transparency activists and civil liberties advocates, such as those  working  in the Pro-Access Coalition, have repeatedly denounced the deficiencies of the initial drafts of the transparency law and the backwards situation of Spain evidenced by the international transparency studies such as those of Access Info, OSCE Representative on Freedom of the Media and Transparency International.

The current situation is in many ways regrettable, as the experience of the website www.tuderechoasaber.esshows. The website allows Spanish citizens to ask questions to public authorities and the rate of reply is very low. Some of the replies range from patronizing citizens to near insults. In a recent development, David Cabo, the director of the NGO Civio, requested public expenditure information from the Spanish Parliament, and after ignoring his request, the Parliament formally denied the information. The information was finally leaked but in any case transparency, which is a fundamental premise of liberal democracy, was ultimately undermined.

In this context, the new Prime Minister Mariano Rajoy’s government recently joined the Open Government Partnership, an alliance that seeks to improve participation, collaboration and transparency among country members. In this context the Spanish government promised a new transparency law which would certainly add respectability to his membership. This new law could pave the way for other initiatives much needed to regain the public’s trust. Nonetheless once more the path seems full of obstacles to test the real government’s determination to improve transparency.

A race with many hurdles

Paradoxically the first hurdle is the secrecy in the drafting of the transparency law. Even when the government is moving forward with the agenda, there is much to be done in terms of increasing consultation with other stakeholders such as civil society organisations. The Spanish government has drafted this law mainly behind closed doors receiving advice from a small group of experts and not opening up to dialogue. Of course, dialogue and consultation are no guarantees of better laws, but a transparency law designed to generate trust in the public, should be at least discussed with the public.  The government has been recalcitrant in terms of not releasing data about several issues such as the implementation of the convention on the fight against corruption, and even the recommendations received from the Chilean Transparency Council on drafts about the law. Oddly enough, the Chilean Transparency Council released the advice under its own law, allowing Spanish people to know better what the Spanish government was planning.  Consultation is not an easy thing to do, but there is so much to be gained from free and frank exchange of opinions about the best way to go forward.

The second obstacle comes from the exceptions to disclose public information. Every transparency law has exceptions such as national security, international relations etc., and those are the rules of the game. Yet the exceptions need to be interpreted in ways that do not thwart the original goal of the law. Furthermore, exceptions should not be absolute: a public interest test should also apply. For instance the fact that information requested is about national security should not mean per se that it should be excluded, but the law should mandate that Spanish government consider if it is really necessary to withhold information, or if it is more to be gained from its release, even if it falls under this category. The fact that the government wants to exclude the drafts and reports used to make decisions from the transparency law is somewhat worrisome.

The institutional resistance to comply with the transparency law has become another salient issue. The main institutions in Spain such as the political parties, trade unions and business associations, the Royal Family and the Bank of Spain are confirmed to be included in the law. However the details on their inclusion are still far from clear and some of these institutions have already expressed their reticence to be subject to the new transparency law.

Finally, institutional design is usually the Achilles heel of several transparency regulations. Good laws without guardians to enforce them are usually a major source of frustration. Spain seems to be opting for a specialist independent institution, the Transparency Council, to move this policy forward. This is good news, and the government should make sure that appropriate funding, a smooth process to solve conflicts and clear competences covering all public sector bodies is in place. This is particularly important in the case of the multi-layered and decentralise Spanish administration.

Transparency cannot be considered as a magical solution to all political problems in Spain. But in the current context of deep institutional crisis, a new ambitious transparency legal framework can be construed as a basic condition to advance into an era of better governance. Transparency and public access to information can help implicating again the disenchanted citizenship in politics. Transparency would certainly strengthen Spanish civil-society and citizens by providing them with more information to monitor and judge the action of the public administration and political actors.

As mentioned above, this reform is likely to continue facing resistance during the drafting process and later at the time of its implementation. Public administrators and political actors may find it unsettling to give up the ‘opacity shield’ that for so many years they have wielded to defend their discretionary powers.  However there are also incentives that can facilitate such a decisive action now. The enactment of an ambitious transparency law would show the government’s commitment to make durable changes. This would be a sign of leadership and credibility vis-à-vis not only its Spanish voters but also the troika and foreign investors who are so closely examining the government’s performance. A wider ‘pact for transparency’ including the main political, social and economic actors although difficult to reach could become a solid ground for a much needed democratic regeneration process in Spain. The question remains whether inertia, party tactics and short-termism can be outweighed by compromise and consensus building.  A test for Rajoy’s leadership is to live up to this challenge.

This article is a version of one that first appeared at the LSE’s Eurocrisis in the Press blog.

Jose Javier Olivas – LSE Euro Crisis in the Press
Jose Javier Olivas is an LSE Fellow and Associate to the Southern Europe International Affairs Programme of LSE IDEAS. He holds a PhD in Government and other university degrees in Public Policy and Administration, Economics and Marketing. He has worked in the automotive industry and as consultant for European affairs. He is currently teaching at the LSE and preparing the publication of Iberian Military Politics: Controlling the Armed Forces during Dictatorship and Democratisation (2014, London: Palgrave Macmillan).

Fabrizio Scrollini – LSE Government
Fabrizio Scrollini is a PhD candidate in the Department of Government at the LSE. He has previously worked as a researcher for civil society in Uruguay on issues of access to information in Latin America, as well as governments in the region. He has also worked on state reform processes and public policy transfers in Uruguay, and on issues related to online participation for the government of New Zealand and for the British government. He is Co-Founder of the transparency NGO DATA.