Almost all Western economies have been hit by the crisis where household consumption and house prices have fallen. The question is how to lift the economy out of the slump. Might the solution lie in the housing market? If the housing market has driven the slump, then governments and central banks should adopt policies to stimulate the housing market. In fact, many governments and central banks pay close attention to how consumption tracks house prices because they believe that house prices drive aggregate demand and inflation. However, despite this link, we have found that rising house prices have only a very small effect on consumption, and in any case, this effect is only on young home owners. In general, it is unlikely that households perceive apparent wealth gains following changes in house prices as actual wealth gains.

It is a fact that house prices and household consumption move in tandem, but there is more to this connection than meets the eye, and economists disagree about the causes of this link. Do rising house prices fuel consumption, or are there other factors at play? One camp of economists argue that home owners think of their house as any other financial asset and even relatively small movements in house prices can have significant impacts on household wealth, since for most home owners this is their most important financial asset. When prices go up it is like winning the lottery; why not spend some of it? The other camp argues that a house is not just an asset. People have to have a place to live, and as prices change so does the cost of having a place to live. They argue that what is important are peoples’ earning prospects. When people expect their earnings to rise, then demand increases, and so do house prices, because people who expect higher earnings are also willing to pay more for houses. Another explanation is that as house prices change then so does the possibility to get credit based on the equity kept in the house, and therefore consumption tracks house prices. 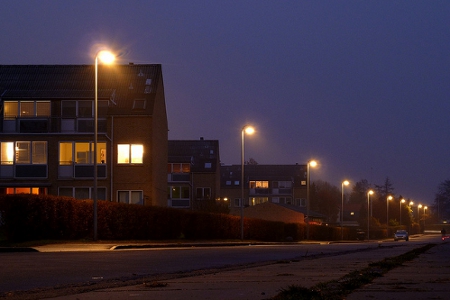 Explaining the connection between house prices and household consumption is important. The key is to look at the behavior of individual households as the different explanations for the synchronization of house prices and consumption behavior are relevant for different types of house owners. If the house is considered an asset alongside all other financial assets then one would expect older home owners to adjust their consumption the most when house prices change. If, instead, everything is driven by income prospects, then the data should reveal that young house owners adjust their consumption the most.

To distinguish between the competing explanations we turn to Danish tax-administration data with information about 90,000 individual households and almost 400,000 observations for the period 1987-1996. We use these data because they contain just the information needed to sort out the competing explanations. The data set is created from Danish tax records that combine information about income, wealth and saving as well as information about home ownership, age, education and family composition. We consider this period because it exposed house owners to a house price cycle in which house prices declined from 1987 to 1992 and then increased from 1993 to 1996. The period is also interesting because it was not possible for house owners to use the house as security for consumption loans before 1992. This is important as it enables us to establish how households take out consumption loans based on their housing equity when such loans were introduced.

We find that old house owners did not respond to house prices changes, and this rules out that the wealth explanation is driving the movement in tandem of consumption and house prices. We also find that young house owners who are short of finances exploited the opportunity to take out additional consumption loans when this opportunity was introduced suggesting that the house is used as an instrument to obtain credit, but this effect is moderate. For this group consumption increased only at a rate of about 5% of the increase in the house value. So, then what explains the link between consumption and house prices? The most likely explanation is that it is the prospects of income in the future that influence consumption. When households expect their income to rise in the future then they are also willing to pay more when they buy a new house and this pushes up house prices.

Our finding that it is unlikely that households perceive apparent wealth gains from rising house prices as actual wealth gains has important implications. Central banks and policy makers should not worry about inflationary pressures from the housing market. Our results also imply that it is probably not a very good idea to design policies targeting the housing market when trying to stimulate household demand in order to lift the economy out of the crisis. Of course, households knew this all along.

For a longer discussion of the topic covered in this article see: “Housing Wealth and Consumption: A Micro Panel Study” in the May 2013 issue of the Economic Journal.