Have former Italian Prime Minister Silvio Berlusconi’s scandals and court cases had a significant effect on the cost of Italian borrowing? Costas Milas and Gabriella Legrenzi assess the impact of “Berlusconi scandals” on 10 year Italian bond yields by using data from Google search queries as a proxy for interest in Berlusconi’s troubles. They find that over the last four years, valid questions about the lack of sustainability of Italy’s debt have been triggered not only by economic factors, but also by talk related to Berlusconi scandals. Indeed up to 10 per cent of the variance in the spread between 10 year Italian and German bond yields can be attributed to “Berlusconi talk”.

While Italy’s top court was confirming the tax fraud related conviction for former Italian Prime Minister Silvio Berlusconi last week, politicians, economic commentators and analysts have been trying to assess the possible impact of Berlusconi’s “scandal(s)” on Italy’s cost of borrowing. In fact, Silvio Berlusconi’s opponents have repeatedly claimed, in a largely speculative manner, that part of the rise in the Italian cost of borrowing over the last four years (relative to the cost of borrowing in Germany) has been linked to the scandals Berlusconi might (or might not) have been involved in.

The main argument is that all the on-going talk related to Berlusconi has added to investor uncertainty and has therefore put upward pressure on the yield investors demand to hold Italian bonds. We argue that the negative impact in investor sentiment is largely due to increased political risk related to a sudden collapse in Berlusconi’s government followed by new elections in the Eurozone’s third largest economy which, according to Eurostat data, produces around 17.3 per cent of the Eurozone’s Gross Domestic Product. Our dataset ends in May 2013 which covers both the Monti and Letta goverments; therefore, political risk is also part of this period because the life of both governments was/is largely dependent on the support of Berlusconi’s political party. We feel this is a particularly important issue to examine because higher Italian borrowing costs have weighed heavily on the potential unsustainability of Italian public debt.

We test the above claim, without prejudice, by looking directly at Italian data. In ongoing research (a Working Paper of our research will be available in early autumn), we use weekly data over the last four years to test the impact of a “Berlusconi talk” index on changes in the Italian spread (the spread between the yield on the 10-year Italian government bond and the yield on the 10-year German bond). We proxy the “Berlusconi talk” index by the Google trends search queries index for “Berlusconi scandal” (see here for the data source). The index refers to world-wide interest in the Berlusconi affairs and therefore provides a reliable source of interest in Italian politics. To fix ideas, our Chart plots (based on weekly data over the 2009-2013 period) the “Berlusconi talk” index together with changes in the 10-year spread.  The results are shown in the Chart below, where the number 100 represents the peak Berlusconi search interest.

Note: The red line shows the number of search queries on Google for “Berlusconi scandal” based on the scale on the left axis (where 100 = peak search interest, and 0 = lowest level of interest). The blue line shows the change in the gap between 10 year Italian government bond yields and 10 year German government bond yields based on the percentages on the right axis (e.g. if 10 year Italian bond yields fall by 0.2 percentage points, and 10 year German bond yields stay at the same value, the blue line will show a value of -0.2 per cent).

The index peaks in the second week of December 2009, when Berlusconi accused Italian judges of making “political use of justice” by relying on prosecution to remove him from power. During the same week, Berlusconi fell victim to an attack that left him hospitalised with a fractured nose and broken teeth. The index scores highly in the second week of February 2011, when a judge indicted Berlusconi to stand trial on charges related to paying for sex with a teenager. These charges carry a maximum of 15 years in prison. The index also scores highly in the first week of November 2011, which coincides with Berlusconi rejecting financial aid from the International Monetary Fund but, nevertheless, accepting official monitoring of his policies in a bid to restore investor confidence in the country. Berlusconi’s government collapsed the week after.

From the Chart, the two variables appear to be weakly correlated (their correlation coefficient is equal to 0.04). Correlation itself does not constitute proper econometric analysis; let alone causation. With this in mind, we estimate the impact of the “Berlusconi scandal” on the Italian spread over and above the impact of economic/financial controls, namely (a) liquidity risk (the difference between bid-ask spreads for Italian and German bonds), (b) default risk (the difference between Credit Swap Spread (CDS) premia in Italy and Germany) and (c) international financial stress (proxied by a financial stress index compiled in the United States by the Federal Reserve Bank of St. Louis). We do our empirical analysis in the context of a Vector Autoregressive (VAR) model and then run a variance decomposition analysis to assess the impact of the above factors on the variance of the 10-year spread.

Gabriella Legrenzi – Keele University
Gabriella Legrenzi is a Lecturer in Economics at Keele Management School, Keele University, and a Research Fellow at the Rimini Centre for Economic Analysis, University of Bologna. Gabriella’s academic work also focuses on the sustainability of debt policies in the Eurozone’s peripheral economies, the so-called GIIPS (Greece, Ireland, Italy, Spain and Portugal). 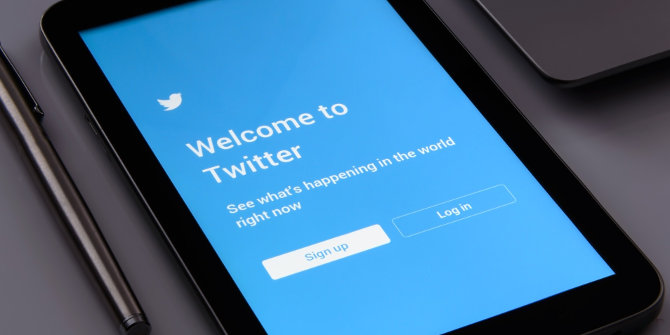