The incumbency-oriented hypothesis sees the economy as a valence issue: that is, all voters are in wide agreement that a healthy economy is a ‘good thing’, they simply disagree on which party is able to provide this. On the other hand, the policy-oriented hypothesis views the economy as a positional issue, where there is wide disagreement between voters. Pure policy-oriented economic voters, then, select a party closer to their issue position, regardless of its incumbency status. Further, policy-oriented economic voters may continue to select that same party, election after election, if that party appears to “own” the issue. Such issue voters become the “clientele” of the party, continually favouring it at the ballot box.

We examine the impact of economic policy-oriented voters in Western European national elections, focusing on the unemployment question. While unemployment has, of course, been subject to other electoral research, this has typically been in the context of unemployment as a classic valence issue, or as a trade-off issue vis-à-vis inflation. However, the notion that unemployment stands as a positional issue along a left-right scale has been virtually absent from the traditional economic voting literature. Here we expand this limited literature by articulating a positional perspective on unemployment.

Previous research suggests that changes in unemployment levels can influence the vote share of left-wing parties. However, studies vary by country and by time period. Further, they are inconclusive with respect to the form this relationship takes: e.g. is it positive, negative, or interactive? To answer this we look at a large number of countries over a long period. Our hypothesis is essentially that as unemployment rates worsen, the share of the vote for parties on the left of the political spectrum increases.

This hypothesis suggests a general monotonic relationship between unemployment rate change and left vote. However, some empirical case studies imply that incumbency itself may condition the relationship. In particular, it appears that when left-wing parties are in office, they may benefit less electorally from worsening unemployment. Therefore, we offer a follow-up hypothesis: as unemployment worsens, the share of the vote for left-wing parties does not increase as much when there is a left-wing incumbent government.

When investigating the electoral success of left-wing parties, one has to decide what definition of ‘left-wing’ parties to rely on. For the calculation of the left vote share, we combined the electoral results of Communist/socialist and Social democratic parties (for more information on classifications, see the full article). By doing so, we focus on the traditional left vote. We investigate our hypotheses on a sample of established Western European democracies, with parties and voters accustomed to participating in legislative elections. For an overview of the countries and the number of elections included, see our Table below.

Table: Elections included in the analysis 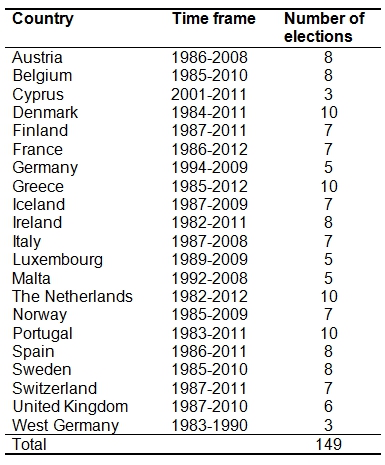 To investigate the conditioning impact of incumbency on policy-oriented voting, we include a measure for the ‘Left incumbency share’. This is essentially the percentage of incumbent seats in parliament that are held by left parties. We additionally control for a number of other factors that could potentially affect the left vote share. We include the left vote share in the previous election, the time elapsed between two successive elections, the effective number of parties in a system, and the turnout level.

Our results provide confirmation for both of our hypotheses, as shown in the three figures below.

Figure 1: Effect of change in unemployment rate on the vote share of left-wing parties when they make up 0 per cent of the governing majority 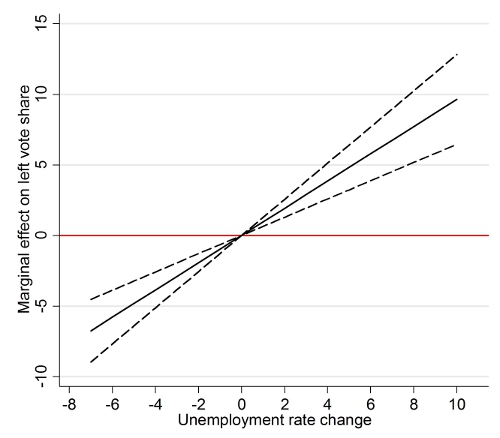 Figure 2: Effect of change in unemployment rate on the vote share of left-wing parties when they make up 50 per cent of the governing majority 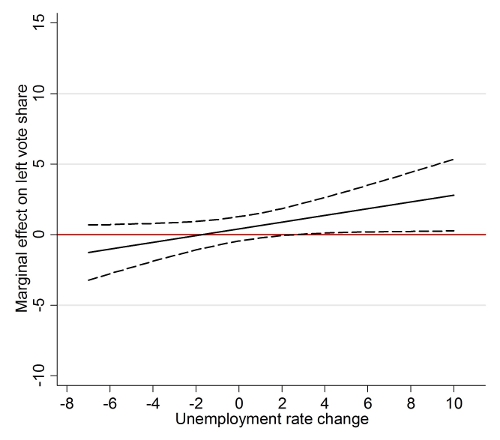 Figure 3: Effect of change in unemployment rate on the vote share of left-wing parties when they make up 100 per cent of the governing majority 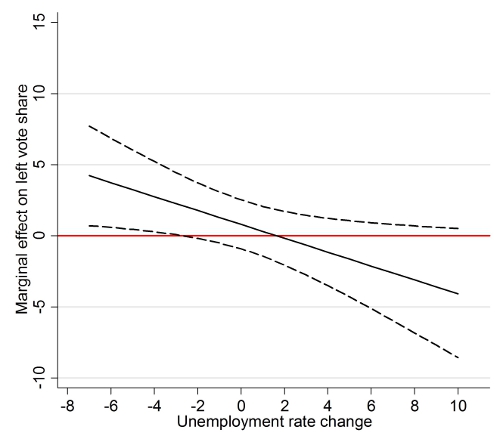 As Figure 1 shows, growing unemployment rates increase the vote share of leftist parties when they are all in opposition. Further, decreasing unemployment rates are associated with a significantly smaller left vote share when all left-wing parties are in opposition.  However, as the left incumbency share increases, the positive effect on the left vote share begins to decline (compare Figure 1 to Figure 2). As Figure 3 shows, by the time the left incumbency share reaches 100 per cent, the impact of rising unemployment is highly negative. Taking the confidence bands into account, the left only makes gains in this graph at the higher ends of decreasing unemployment, and that effect appears quite small.

Our analysis offers some initial evidence for the policy-oriented hypothesis of economic voting, according to our Western European pool. In general, an increase in the unemployment rate appears to lead voters to reward left parties. However, the presence of positional economic voting, as discerned here, certainly does not negate the theory of incumbency-oriented voting entirely.

When left-wing parties are in office, the left receives smaller gains from rising unemployment. In fact, voters seem to hold the ruling left responsible, to a considerable degree, for the deteriorating unemployment rate. At least a faction of them punish the left by withdrawing their support. Overall, the punishment is severe enough that it largely cancels out any long-term benefit coming from left “ownership” of the unemployment issue. According to our central finding, a finding sustained under tough statistical testing, left-wing governments clearly lose votes from hikes in the unemployment rate.

Ruth Dassonneville – University of Leuven
Ruth Dassonneville is a PhD candidate in the Research Foundation Flanders (FWO) at the Centre for Citizenship and Democracy. She is preparing a PhD on the topic of electoral volatility in Western Europe.

Political communication in the age of austerity: Unless you can claim genuine authenticity – like UKIP’s Nigel Farage – then you will struggle to convince 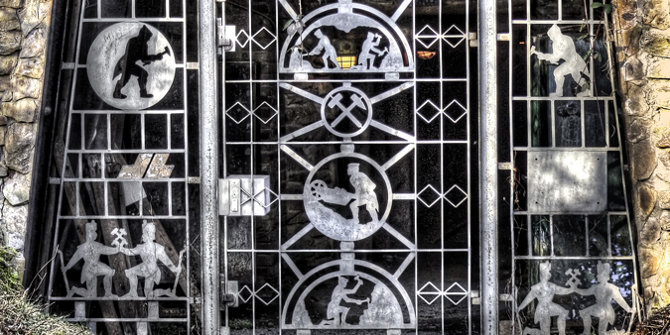