Last week, the magazine Closer published allegations that French President François Hollande had been involved in an affair with a French actress. John Gaffney writes that the fallout from the article highlights the changing attitudes toward the private lives of French Presidents. He notes that while rumours concerning previous French Presidents were largely inconsequential at the political level, the scandal could have a significant impact on Hollande.

François Hollande joins a tradition of French Fifth republic Presidents who have had affairs. Widespread attachment to France’s privacy laws, and a press corps who generally agree with them, combined with a generalised reverence for the office of the presidency, have meant that rumours always remained largely rumours, until today.

And the rumours did no harm because there was always – and still is – a generally more indulgent attitude to affairs of the heart and tolerance of ‘liaisons’ by both French men and women (especially men). There has also been throughout French history the conviction that power is the strongest aphrodisiac, both for those who exercise it and those fascinated by it.

Giscard d’Estaing set the tone, although scandal (probably a secret service smear) surrounded the Pompidous (wife-swapping parties, no one is still quite sure). The nearest de Gaulle got was his wife Yvonne being asked by an English reporter to identify the most important thing in her life, to which she replied ‘a penis’ (say ‘happiness’ slowly with a French accent).

But Giscard set the tone, and he encouraged it, seeing himself as a true Don Juan. Rumours still abound of many liaisons – did he and the softcore star Sylvia Kristel have an affair in the Elysée? Who was the woman in the Ferrari he was with when driving though Paris in the early hours when he hit a milk van? He even happily encouraged rumours about himself: for example, that a President just like him had an affair with a princess just like Diana.

Mitterrand was also linked to many women, including the editor of Elle, Françoise Giroud, the singer Dalida, and many more. Rumour became fact when he revealed also that he had raised a second secret family, and a secret daughter Mazarine, and this at the state’s expense. The tone changed from the stylish and Romanesque to testosterone-fuelled vulgarity with Jacques Chirac, known by his chauffeur (and then the world) as ‘Mr fifteen minutes, shower included’. His highly popular and respected wife, Bernadette Chirac, started a sea-change in attitudes when, in her best-selling autobiography, she wrote touchingly and honestly how painful that aspect of her marriage had been.

The political ramifications of Hollande’s affair

There are five things which make Hollande’s affair with the actress, Julie Gayet, sadly comical and politically dangerous. First, is the sea-change mentioned earlier. Attitudes have changed, not so much about sexual mores and the weaknesses of the flesh – in fact, with the decline in religious observance, things are even more liberal. But cheating on your wife or partner, with such intensity and frequency, is seen – even in France – as sexist and the sign of a patriarchal society of inequality and disrespect. And sending your partner, Valérie Trierweiler, into hospital in a state of nervous collapse is not seen as the act of a man of integrity (particularly as he told Gala magazine a while before that she was the love of his life…).

Second, Hollande came in to stop all this stuff. He was ‘Mr normal’ who was going to bring exemplary conduct to political life, and stop all the tabloid press gossip lowering the status of the presidency. He said so himself. In fact, his somewhat tortured relationships with Ségolène Royal, Valérie Trierweiler, and now Julie Gayet have never been out of the headlines.

Third, there is something comical and diminishing of the presidency in his slipping out not in a Ferrari, but on the back of a Vespa (driven by his chauffeur who also buys the croissants – you could not make this up), the easy victim of the Closer paparazzi, Sébastien Valiela, waiting, camera at the ready, across the street. Fourth, there is the question of security. Why does he need bodyguards all around him in public when he takes such risks in private? It was fortunate that it was not an Al-Qaeda hit squad on the other side of the street.

Finally, even before this incident, he was the most unpopular President of the Fifth Republic to date. If he had had any success with the unemployment figures or the stagnating economy since he had been elected, perhaps the French might think he deserved a night off; the French presidency is now like the post of a CEO whose full-time job it is to sort out France Inc., and the efficiency and health of its political and social institutions. Affairs at the office are no longer part of the job description.

French commentators in the political class and the media seem only very slowly to be catching up with the significance of all these things. There seems to be on their part a severe case of cognitive dissonance regarding what is at stake here, for, of course, the President does not have a private life like everyone else. He’s the President!

Besides, when things are going well, the ‘private life’ is deliberately on display for all to see. That is how the French presidency thrives. Before his press conference on Tuesday 14 January which, for once, everybody watched, he had three choices regarding his very public affair: say something before, say something during, or say nothing. Each would be consequential in its effects. He chose the last, almost, saying he would not answer questions on issues of his private life, but would respond in the coming days (before he – and Valérie – are scheduled to visit the Obamas in mid-February).

A version of this article also appeared at the Conversation

Both Sarkozy and Hollande are victims of the French culture of scandal, but the real loser is democracy 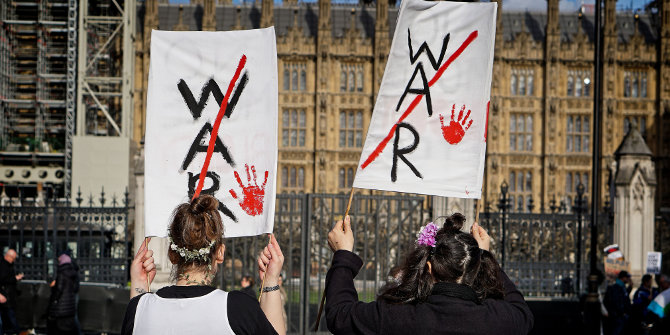