Contrary to popular opinion, Eurasian economic integration is not driven solely by Russia

The ongoing protests in Ukraine, which began after the country failed to sign an Association Agreement with the EU, have brought the issue of Eurasian economic integration into the spotlight. Julian Cooper provides an overview of the developments which have led to the creation of the Eurasian Economic Community. He argues that while Russia is the largest and strongest member of the organisation, it would be wrong to view the process of Eurasian economic integration as merely reflecting Russia’s desire to re-establish its authority over former-Soviet states. He notes in particular that other members, such as Kazakhstan, have played a key role in shaping the organisation’s structure.

Recent news of Ukraine’s relations with the European Union and Russia has focused attention on the processes of economic integration in the countries of the ex-Soviet Union. With claims that in promoting integration, at times with resort to heavy handed methods, Russia is seeking to assert its control over the former Soviet space, the discussion at times has echoes of the past. For a more nuanced understanding it is necessary to review the development of Eurasian economic integration over time and examine the role of the different actors in the process. 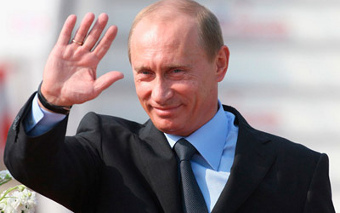 The Customs Union of Belarus, Kazakhstan and Russia has been in existence since 2010. Its formation marked a new stage in a process dating back to the early 1990s. As early as April 1994 there was an agreement to form a CIS free trade area (FTA). However, the agreement had no practical impact as Russia failed to ratify it. But in January 1995 the creation of a ‘customs union’ was declared, initially involving Belarus, Kazakhstan and Russia, but later extending to Kyrgyzstan and Tajikistan.

These initiatives met with little success. The first priority of the ex-Soviet countries was market transformation, not integration, and the integration efforts took no account of the implications of potential World Trade Organization (WTO) membership. In reality, CIS economic relations were regulated by a complex network of bilateral agreements. An ambitious proposal of 1994 by Kazakh President, Nursultan Nazarbaev, to form a Eurasian Union, was not well received, for Boris Yeltsin of Russia and most other leaders it was premature, being too reminiscent of the USSR.

After the 1998 financial crisis in Russia, interest in economic integration revived but now on a more realistic basis. The formation of the Eurasian Economic Community (EurAsEC) in 2000 by the members of the ‘customs union’ opened a new stage of development. Its basic purpose was declared from the outset, the creation of a customs union and then a single economic space (SES). Agreement in principle to establish a Eurasian Customs Union (ECU) of Belarus, Kazakhstan and Russia within the framework of EurAsEC was reached in August 2006.

This time trade practices would be in full accordance with WTO rules and norms. The Commission of the Customs Union was organised in 2009, with the well known Russian economist and political figure, Sergei Glaz’ev, as executive secretary. (In July 2012 Glaz’ev was appointed Putin’s advisor on Eurasian economic integration). The ECU was declared to exist formally from the beginning of 2010. Given the likelihood of early Russian accession to the WTO, the harmonisation of customs duties was facilitated by adopting Russian rates whenever possible. In July 2011 all border custom controls between the three countries were eliminated. There is no doubt that the rapid development of the ECU was promoted by the global financial-economic crisis, which had a severe impact on Russia and other CIS economies.

In August 2012 Russia finally joined the WTO and the accession of Kazakhstan is now progressing well, with membership by the end of 2014 a realistic goal. Belarus, until recently a laggard, has stepped up its efforts to join, but accession is unlikely before 2015. Thus there is now a functioning ECU formed on WTO principles, although much work remains to complete the process and ensure its fully effective operation.

It has been made clear from the outset that the ECU is open to other economies, in particular to full and observer members of EurAsEC. A working group for Kyrgyzstan’s accession to the ECU (but not the SES) has been established, opening the possibility of membership by 2015. However, there are many problems, not least poor border security making the country a favoured channel for informal imports from China. In March last year Tajikistan joined the WTO and formal application to join the ECU is now likely. However, recent border conflict with Kyrgyzstan is not a good omen.

Armenia, Moldova and Ukraine have observer status in EurAsEC. A condition of joining the ECU is that a country must have a border with an existing member (hence the delay in Tajikistan’s application). However, this has not prevented Russia from urging Armenia to join, culminating in a decision of September last year to apply for membership. An accession ‘road map’ has been agreed and Armenia hopes to become a full member of the ECU and the SES by the end of 2014. Similarly, there have also been efforts to attract Moldova to the project; in this case with little practical impact.

But for Moscow the biggest prize would be Ukrainian agreement to join the ECU. To date Ukraine has made no formal application to join. Russian pressure on Ukraine has at times been heavy, especially in recent months, with a prominent role being played by Putin’s advisor Sergei Glaz’ev, a vigorous proponent of Ukrainian accession, a stance possibly influenced by the fact that he was born in Zaporizhia in the South-East of the country. Whether Ukraine would gain economic benefits from accession remains an open question, as discussed recently by Rilka Dragneva and Kataryna Wolczuk.

The governance of the ECU is multi-tiered. Overall strategy and objectives are decided by the Supreme Eurasian Economic Council, at the level of heads of state, or heads of government. The permanent regulatory body is the Eurasian Economic Commission, formed in early 2012, replacing the earlier CU Commission. Chaired by the former Russian industry minister, Viktor Khristenko, the Commission has developed rapidly and has already gained authority as a supranational agency.

The Council of the Commission consists of three deputy prime ministers, Sergei Rumas of Belarus, Kairat Kelimbetov of Kazakhstan and Igor’ Shuvalov of Russia. Its board, chaired by Khristenko, consists of three Commission ministers from each member country. Located in Moscow, the Commission now has a staff of around 1,100. Its approach is technocratic and professional, leaving the politics of integration to political leaders. It has an ever-expanding range of supranational competences, including determining and adjusting import tariffs, non-tariff measures, technical regulation, anti-dumping investigations and sanitary, veterinary and phytosanitary regulation.

A major focus of activity is now the development of the single economic space (SES), formally declared to exist from 1st January 2012. The intention is to secure the free movement of goods, services, labour and capital, and harmonised policies for macroeconomic management (with Eurasian counterparts to the Maastricht criteria), competition, industry, agriculture, transport, energy and other spheres. At present, the free movement of goods is well-advanced, with the notable exception of energy, but less so for services, while progress with respect to capital and labour has been modest.

The next stage of integration, agreed in principle at the end of 2011, will be the formation of a Eurasian Economic Union. The evolution of the idea of the Union is instructive. From available documentation, it is clear that the initial preference of Russia had to be amended to meet the objections of Kazakhstan. In early 2011 Russia favoured a Union concerned not only with economic issues, but also defence, border security and foreign policy. This was opposed by Kazakhstan, insisting that it had to be an Economic Union only; the view that prevailed.

This serves to illustrate an important reality of Eurasian economic integration. Contrary to a widely held view, it is not driven solely by Russia. Kazakhstan has played a significant role in shaping the process and, while Belarus has tended to follow the Moscow line more closely, at times it has also asserted its own national interests. Efforts are now underway to draft a treaty on the Union by the beginning of May in order to secure its approval and ratification by national parliaments in time for its creation by the beginning of 2015.

Consideration of Eurasian economic integration would be incomplete without mention of another development within the CIS. Now, according to a decision of eight CIS member states (EurAsEC members and observers plus Uzbekistan), a CIS free trade agreement is being created anew on a WTO-compatible basis. All countries except Kyrgyzstan have ratified the agreement. It is sometimes argued that this trade grouping could create the basis for a future free trade agreement with the European Union.

Eurasian economic integration is making progress notwithstanding many difficulties and tensions. By its very nature this is an asymmetric economic arrangement, with Russia by far the largest and strongest member. Clearly, its future evolution will depend on the extent to which the focus of integration remains the economy, leaving security and other potentially contentious issues to alternative structures, national and supranational.

In this process Kazakhstan is likely to prove crucial, as will the Commission itself. The ECU and the Commission are now realities with which governments, international organisations and businesses have to work. In the author’s view it is not adequate to view these developments simply as a product of Moscow’s urge to re-establish Russian dominion on the territory of the ex-USSR.