What factors influence whether political parties support European integration? Patricia Esteve-González and Bernd Theilen assess the role that economic factors have played in determining support for the integration process. They note that while the issue has tended to be explained in political terms, with radical parties assumed to be more Eurosceptic than those in the centre of a country’s party system, economic developments have a clear impact on party support. As a result, any future integration will depend on accentuating the potential economic benefits.

Throughout most of this process there seemed to be a consensus that more integration was beneficial for all EU members. As a consequence, the European Union has assumed more and more competences from its member countries and has steadily gained new members, with its membership expanding from 6 countries in 1952 to 28 in 2013.

However, recently, scepticism on the benefits of European integration has grown in many member states. In 2005, France and the Netherlands rejected the proposed EU constitution in a referendum. As a consequence, referendums in six other EU member countries were cancelled or postponed indefinitely. In Spain, the supporters of EU integration are now in the minority for the first time. In the UK, David Cameron’s Conservative Party is even questioning EU membership and planning a referendum on whether to remain a member of the EU in 2018. 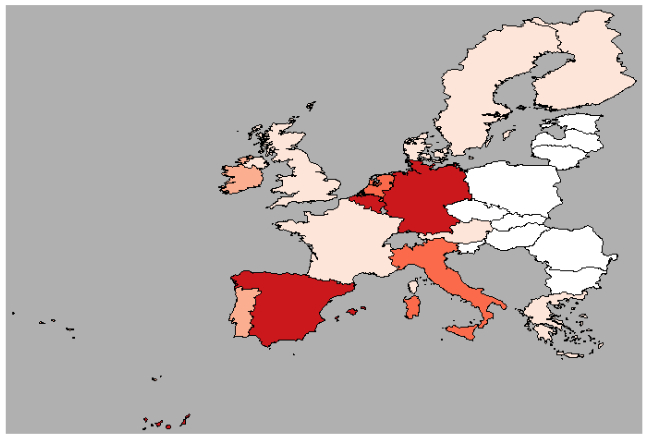 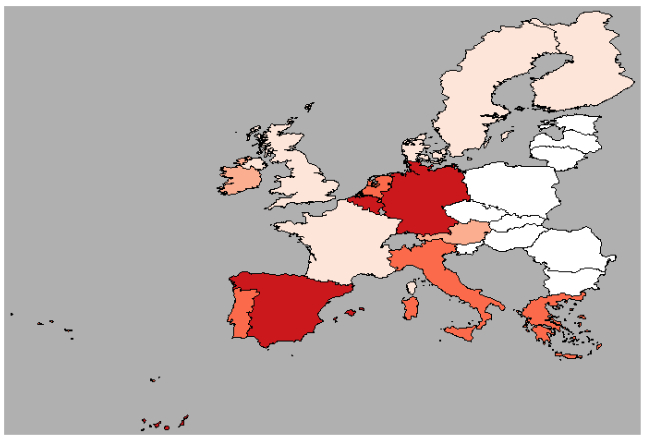 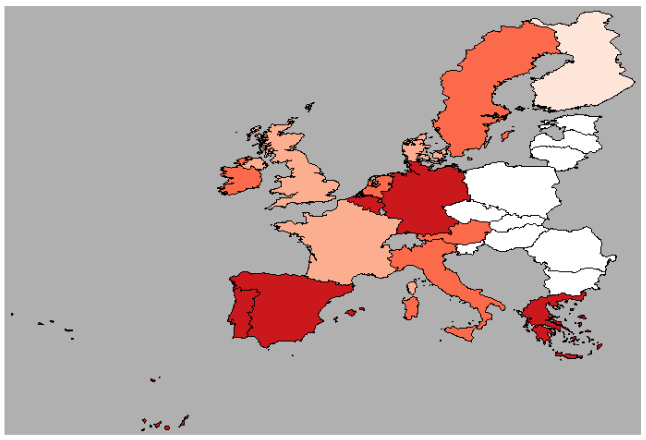 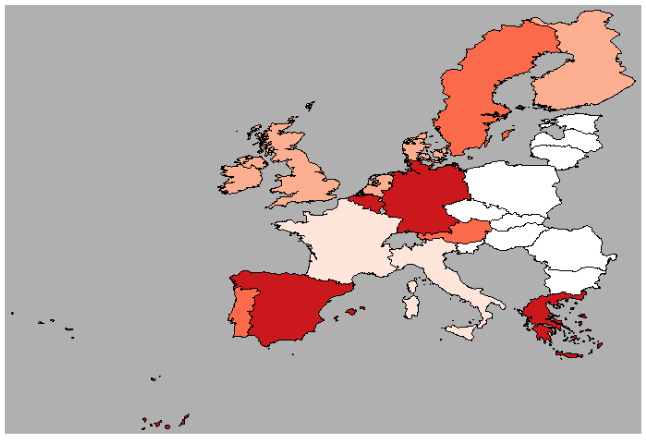 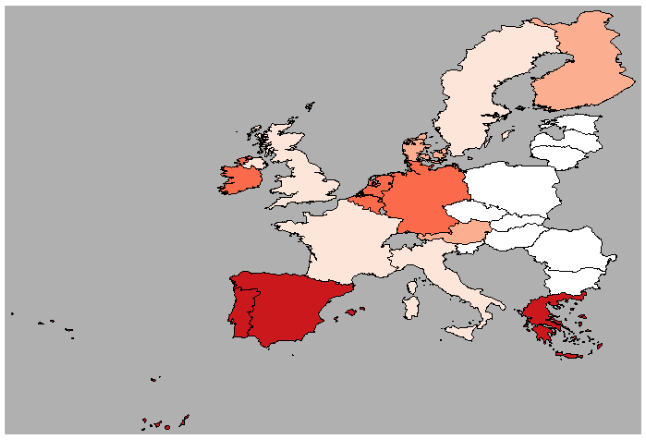 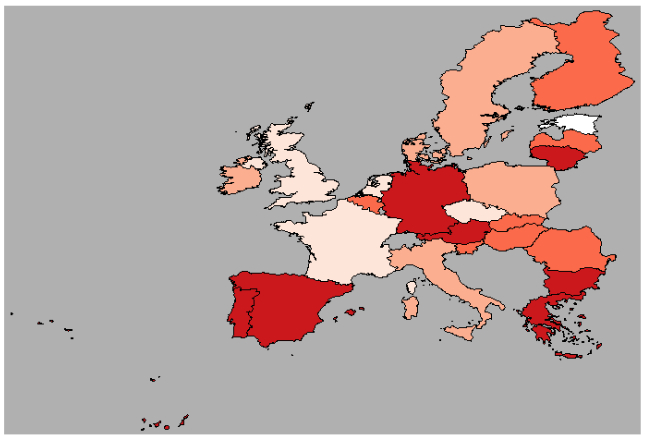 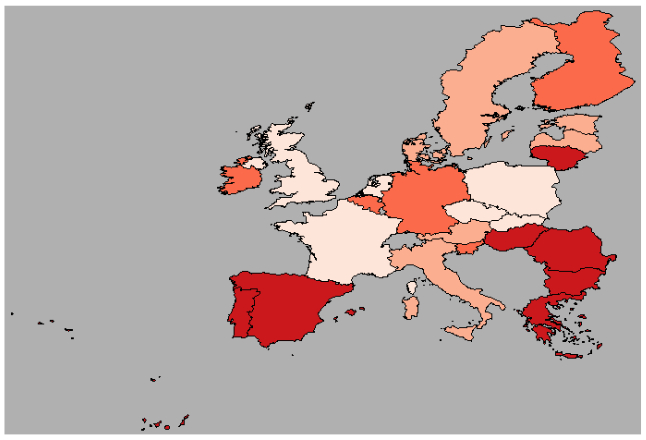 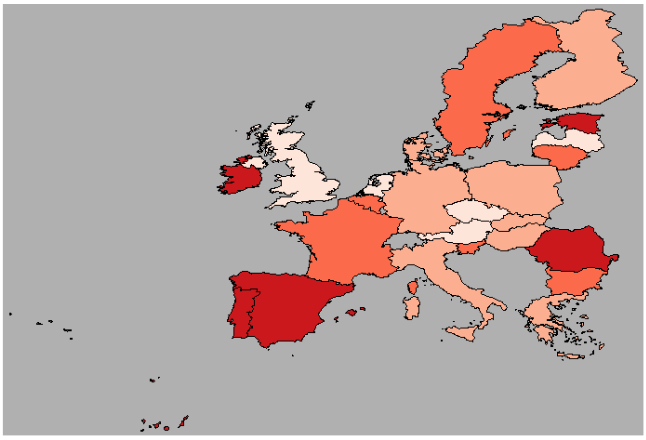 Note: Each map shows a representation of the mean partisan positions toward European integration in each country for the relevant year (click on the tabs to cycle through the years). In simple terms, the darker the shade of red, the more supportive of European integration parties were in each country. White means that there was no information for that country, while the intensity of the red (from light to dark) corresponds to four different intervals of support: specifically the quantiles of the distribution of the mean partisan support for European integration.  Source: Chapel Hill Expert Survey

Second, mean partisan support increased in almost all countries from 1988 to 1996, after which it started to decrease, with the exception of the new EU member countries. From 1999 to 2010, we observe a downward convergence leading to medium or low partisan support in most of the EU member countries. One might argue that this increased scepticism is related to the economic crisis that started in 2008. However, in our work we find that economic factors have played an important role in European integration from its beginning and, therefore, have always determined partisan support for European integration.

The role of economic factors in partisan support for European integration

With regard to economic benefits, we define financial benefits as the difference between payments a country receives from the EU and the country’s contributions to the EU budget, benefits from trade creation due to the adoption of a common currency under the European Monetary Union (EMU), and general economic benefits due to the convergence of countries under the integration of product, labour and financial markets.

Implications for the future of the European integration process

Moreover, while the European integration process unquestionably has its historic specificities, which can be traced back to experiences during and after World War II, it seems that this process, after considerable advances, has now arrived to a ‘normal’ state of affairs in which the economic benefits of further advances in this integration process play a prominent role.

Note:  This article gives the views of the authors, and not the position of EUROPP – European Politics and Policy, nor of the London School of Economics. Feature image credit: © European Union 2014 – European Parliament (CC-BY-SA-NC-ND-3.0)