The United Nations adoption of the Convention on the Rights of Persons with Disabilities (CRPD) has been seen as a paradigm shift in attitudes and approaches to disability rights, marking the first time in history that people with disabilities participated as civil society representatives and contributed to the drafting of an international treaty. This book aims to set out vivid and personal accounts of the paths to victory, including stumbling blocks – not all of which were overcome. Kate Donald finds the book a hugely enlightening collection that gives behind-the-scenes glimpses into the political wrangling and fast-paced, high-stakes moments of critical negotiations.

Human Rights and Disability Advocacy provides a fascinating insight into the evolution of the newest international human rights treaty, the Convention on the Rights of Persons with Disabilities (CRPD), which came into force in 2008. This edited collection is emphatically not a legal analysis of the specific provisions in the Convention (and all the better for it) – although the reader will certainly finish the book better informed about the content and purpose of the treaty itself. Rather, the book concentrates on the process of elaborating the Convention – the heated negotiations and high-stakes advocacy – from the point of view of different actors involved in the disability rights movement.

The ground-breaking nature of the CRPD stems first and foremost from its status as the first binding international treaty to focus on the right of persons with disabilities. It provides an official, global acknowledgement of the need for a paradigm shift in how all societies understand and deal with disability; moving from the medical/charity model to a social model which emphasizes that ‘disability’ is caused by environmental and attitudinal barriers towards persons with certain impairments. Its explicit invocation of “reasonable accommodation” and “respect for difference” is unique in human rights treaties, as is the specific requirement that States are obliged to include the subjects of the Convention (persons with disabilities) in its implementation

However, it is the manner in which the CRPD was elaborated that makes it such an interesting subject for a book like this. Although all international treaty negotiations doubtless feature their fair share of wheeling, dealing, and behind the scenes intrigue, the CRPD process was quite exceptional (and one hopes, game-changing) because of the unprecedented involvement and influence of civil society. NGOs, ranging from grassroots Disabled People’s Organizations (DPOs) to international disability rights networks were present in large numbers at every stage of the 5-year drafting process, and were granted significant access to the negotiations and to States’ delegates. Through personal and often moving accounts and reflections, the book shows the ways they were able to exert their influence, share their knowledge and experience, and ultimately improve the treaty. ‘Nothing About Us Without Us!’ became the unofficial motto of the effort – an apt rallying cry when the subjects and supposed beneficiaries of international diplomatic processes are so rarely granted a voice or a space in the room.

Human Rights and Disability Advocacy is not only a fascinating insight into the evolution of the CRPD, but also an extremely valuable exploration of how advocacy works in practice. Each of the contributions shares lessons and tools that can inspire and inform all advocates for social justice. Some of these are well-worn advocacy strategies adapted for this particular process; others are innovative new tools pioneered by DPOs during the negotiations. As several authors note, the participating DPOs had fewer ties to traditional legal thinking than many more traditional human rights organizations; it is quite possible that this worked in their favour, untethering them from dry legal and diplomatic orthodoxy and freeing them to use testimony and creative thinking instead. Indeed, many of the contributors emphasize the importance of story-sharing and personal testimony in getting their points across, changing attitudes and catalyzing acceptance for more progressive, empowering language in the text. The personal interaction with persons with disabilities in a professional context may have been a first for many States’ delegates, and many of the authors emphasize its crucial role in deconstructing stigma. As Molina Toledo writes, “persons with disabilities who were at the UN showed just how capable we are to exercise, defend and even teach our rights”.

Aside from the enlightening content on advocacy strategies, the discussions about the internal politics of the movement are particularly thought-provoking. Coming into the negotiations, there was not a history of collaboration and unity in the disability community. Nevertheless, a coordinated and united front was a strategic necessity in commanding respect from States and garnering a fair hearing. The authors share their revealing reflections about the politics and compromises inherent in coalition-building, and the challenges of reconciling their role in a wider movement with remaining faithful to their constituencies. As MacQuarrie and Laurin-Bowie honestly admit, the tensions and difficulties among and within the DPOs were, in a way, more difficult and more important to overcome than the divisions between civil society and States. The tensions are made very clear over the issue of inclusive education, which is discussed from different perspectives by a number of the contributors. While certain groups – in particular those representing persons with intellectual disabilities – were adamant that the Convention should mandate fully inclusive education and even prohibit separate ‘special’ schools, the deaf, blind and deafblind advocates held a long-standing position that their constituencies wanted and required separate schooling among their own peers in order to fully develop and preserve their language and cultures. It is fascinating to read about these conflicting positions and the various efforts at persuasion, reconciliation and compromise, and reflect on how these influenced the final wording of the treaty.

The editors have done a wonderful job in selecting the authors; a wide diversity of perspectives, institutions, and experiences of disability are represented. They do, however, lack a contribution from a State’s delegate (there is one chapter by a disability advocate who was invited to join her State’s delegation for the CRPD negotiations, but none by a full-time diplomat) – this viewpoint would certainly have been a worthwhile addition. However, this is a minor omission in what is a hugely enlightening collection; one that is also very enjoyable to read, especially the sections that give behind-the-scenes glimpses at the political wrangling and fast-paced, high-stakes moments of critical negotiation. On the whole the contributors offer a balanced and honest assessment of their strategies, successes and failures.

It is too early to say how successful the CRPD will be in terms of its implementation and effecting real positive change for persons with disabilities. However, it is clear from this volume that already, it has created a wealth of experience, capacity and solidarity that the disability rights movement and the wider human rights community can draw on and learn from. The CRPD process provides hope that a more inclusive, participatory model of treaty-making and developing international law can be adopted and sustained, although it will take concerted efforts to resist backsliding. It also provides conclusive proof that involving “real people” and extending more meaningful participation to civil society does not necessarily overwhelm, stagnate, or slow down a law-making process: the CRPD was in fact the most rapidly negotiated international human rights treaty in history.

Kate Donald
Kate Donald is a human rights researcher and advocate. Since graduating from the LSE with a Masters in Human Rights in 2009, she has worked as Adviser to the United Nations Special Rapporteur on extreme poverty and human rights, at the International Council on Human Rights Policy and the UN Office of the High Commissioner for Human Rights in Geneva. 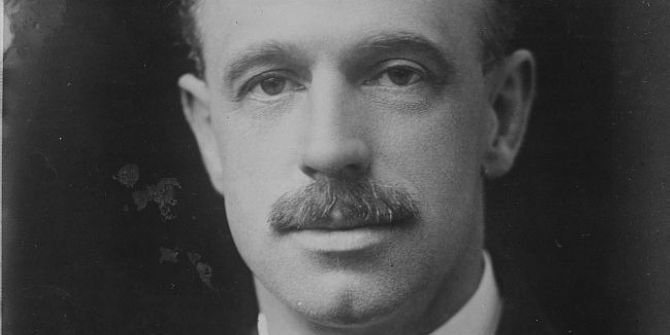 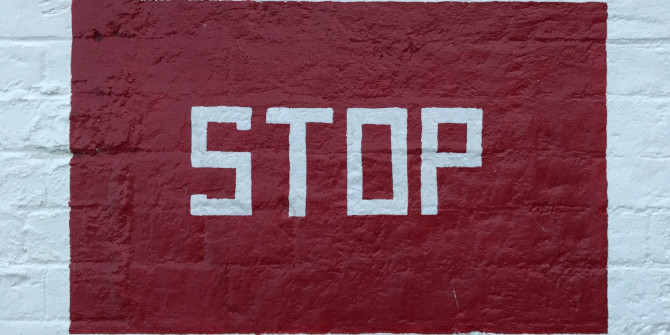