Germany has generally been assumed to have a more conciliatory foreign policy approach toward Russia over the Ukraine crisis than other European states such as Poland and the UK. Jocelyn Mawdsley writes on whether the crash of Malaysia Airlines Flight 17 (MH17) could harden the German stance. She notes that comments by Angela Merkel and German Foreign Minister Frank-Walter Steinmeier since the crash suggest Germany may be ready to re-evaluate its approach.

The British government has made it clear that it considers the shooting down of the Malaysian Airlines passenger plane over separatist-controlled eastern Ukraine to be a game changing moment for the EU’s relationship with both Russia and Ukraine. But for the British and Dutch calls for much tougher sanctions against Russia to be successful, they needed to convince Germany.

Did the loss of four German citizens on flight MH17 mean that Germany would endorse a policy shift in EU-Russia policy that it has previously been wary of? Germany is heavily reliant on Russian energy supplies and is the biggest EU exporter to Russia, so serious sanctions would mean economic pain for the country. Angela Merkel’s surprisingly strong support for tougher sanctions following the EU foreign ministers’ summit this week, suggests that Germany is indeed changing track.

German foreign policy is often considered to differ markedly from the other main EU foreign policy powers of France and the UK, chiefly in its rejection of military means in global politics in favour of economic power. Some see this culture of restraint as a pacifist legacy from World War Two, while more critical observers, including the German President Gauck, argue that it is more about a public preference for disengaging from the world’s problems.

Whatever cause is ascribed to German military reluctance however, as the German foreign policy analyst Hans Kundnani has argued, since the end of the Cold War, Germany has come to conceive of its national interests in terms of geo-economic rather than geo-political interests. Cooperation rather than confrontation is the rule. Trade interests are thought to dominate German foreign policy decision-making, even on topics where previously concerns about human rights would have been predominant. German critics even dubbed the previous CDU-FDP administration’s practice of condemning military interventionism but selling high-tech weapons to crisis regions as the ‘Merkel doctrine’.

Has Germany’s policy towards Russia over the Ukraine crisis therefore been any different to standard German foreign policy? Certainly German business leaders were quick to oppose sanctions against Russia after the annexation of Crimea, and to decry EU policy towards Ukraine as damaging Germany’s economic interests. In the midst of the crisis over Crimea, the head of Siemens made a personal visit to President Putin to assure him of the relationship of trust between the two countries. The extent of German business involvement in Russia and the acceptance of dependence on Russian energy supplies mean that the powerful industrial lobby is unlikely to favour sanctions even after the attack on flight MH17. Economic concerns do seem to have played a key role in policy-setting.

Public opinion also matters, and polls have suggested in the past that sanctions against Russia lack popular support. On the surface this is slightly surprising given the annexation of Crimea was against international law, and this is something that the German population are usually very concerned about. However one influential newspaper, Die Welt, has repeatedly claimed that supposedly neutral bilateral forums have been taken over by Kremlin apologists, and that this coupled with intense pro-Russia lobbying by economic interest groups is strongly influencing the German media and public debate.

Here it is important to understand the role of the so-called ‘Russlandversteher’ in German foreign policy discourse. Found mainly but not exclusively on the left, this is a group of influential Germans who believe that from the 1970s, and Willy Brandt’s Ostpolitik onwards, it has been shown that rapprochement with Russia produces political change where confrontation does not. Their views have received considerable media attention.

The question of whether the shooting down of flight MH17 should alter German policy on Russia also comes at a time when the German public and political elite are disillusioned with the foreign policy of their traditional ally, the United States, being understandably angered by the revelations that not only had the US government tapped Angela Merkel’s phone, but that the CIA resident in the US embassy in Berlin had recruited two German civil servants (from the Ministry of Defence and German secret service) to spy for the US. Some US commentators have claimed that Germany’s close relations with Russia legitimised this espionage against an ally. Germans, who are uncomfortable with what they see as US militarism, may well have found the more soothing arguments of the Russlandversteher more convincing.

So is the shooting down of MH17 likely to be a game changing moment in Berlin or not? The significance politically of Germany’s new harsher tone towards Russia is perhaps not because of what is being said, but because of who the German politicians most closely involved in the matter are. The German foreign minister, Frank-Walter Steinmeier, has long been known for his pro-Russia views and has consistently favoured engagement with Putin. While not usually labelled a Russlandversteher himself, he is considered to be politically close to the group.

In an earlier period as foreign minister during the 2005-2009 SPD-CDU/CSU grand coalition, he was thought to prefer a German foreign policy stance that set it as equidistant from Moscow and Washington. Mr Steinmeier also arguably owes his political career to the patronage of the former German chancellor and Russophile, Gerhard Schröder, who since leaving office has been noted for his lobbying on behalf of his German-Russian business interests, even celebrating his 70th birthday with Vladimir Putin earlier this year; an act that deeply embarrassed Berlin. For Steinmeier, moving towards a confrontation with Russia is a step that he will not have taken lightly.

Chancellor Angela Merkel’s own background in the former East Germany leaves her less enthusiastic about Putin’s Russia, but her foreign policy record shows a consistent inclination for favouring German economic interests over normative concerns, and a preference for engagement rather than confrontation. She is said to be the European leader who has been in the most regular contact with President Putin throughout the crisis in Ukraine.

The statements made by both Merkel and Steinmeier this week reflect their anger that Putin has rebuffed German diplomatic efforts, with the Foreign Ministry quoted as stating ‘Russia has promised a lot up until now and not delivered. This is enough now’. While the devil may well prove to be in the detail where harsher EU sanctions are concerned, and Germans may prove reluctant to accept the economic consequences, Berlin does appear to be re-evaluating its policy towards Russia. 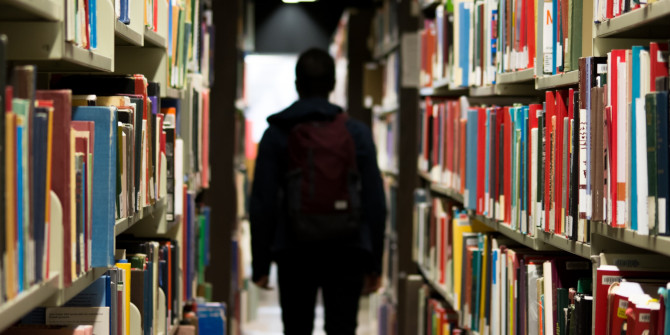