Scotland will hold an independence referendum on 18 September, but what would actually happen if voters opted to back independence from the UK? Norman Bonney assesses how the Scottish and UK governments would seek to negotiate Scotland’s independence, noting that the task would be far from straightforward.

If there is a majority of ‘Yes’ votes on 18 September 2014 in favour of the Scottish independence, the UK will be plunged into the most severe constitutional crisis since the Irish wars of nearly a century ago. The Edinburgh agreement of 15 October 2012 in which the UK Government accepted an accretion of legal powers to the Scottish Parliament to conduct the referendum, with certain safeguards involving the Electoral Commission, concluded that “the two governments [i.e. UK and Scottish] are committed to continue to work together constructively in the light of the outcome, whatever it is, in the best interests of the people of Scotland and of the rest of the United Kingdom.” This broad statement would, however, allow of a considerable variety of interpretations as to what actions by either government or others might follow a ‘Yes’ vote.

It is clear from existing Scottish Government policy documents that it would in such circumstances seek to gain an initiative in shaping the course of the independence negotiations. It has stated, without consultation with the UK government, that it is planning for independence to be achieved by March 2016 prior to the Scottish Parliamentary elections due two months later in May that year and that it would seek the transfer of some powers from the Westminster UK Parliament in 2015 so that the “Scottish Government and the Scottish Parliament would take the lead in making preparations for independence. That would mean that it would be the people of Scotland that would shape and define an independent Scotland, not Westminster”.

While the Scottish Government states that it would negotiate these steps in the spirit of the Edinburgh agreement, the UK Government and Parliament would be under no obligation to accept these demands since authority over constitutional matters would remain with these UK bodies, as determined by the affirmative devolution referendum of 1997 and the subsequent Scotland Act of 1998 and subsequent legislation, until independence legislation is finalised by the UK Parliament. The current posture of the Scottish Government, proposed without the agreement of the UK Government, thus sets the scene for a major constitutional crisis, in the event of a ‘Yes’ vote, as to which Government and Parliament should take the lead in determining the timing and terms of Scottish independence.

There is also the issue of who the negotiating parties would be. The Scottish Government would claim this right on behalf of an independent Scotland in that it would have successfully conducted a referendum that favoured the option of independence and it has also stated that it would “invite representatives from the other parties in the Scottish Parliament, together with representatives of Scottish civic society, to join the Government in negotiating the independence settlement”. Undoubtedly, the other negotiating party would be the UK Government whose party-political composition may change in the May 2015 general election. Its policies on the timing and terms of Scottish independence would be heavily influenced by the views of the UK parliamentarians. Adding to the atmosphere of crisis precipitated by a ‘Yes’ vote the SNP might well decide to boycott, and not stand candidates in the May 2015 UK elections claiming that the Westminster UK Parliament had lost its authority in Scotland due to the referendum outcome.

In as much as the Scottish Government has published its forward plans and proposals for achieving independence the subsequent initiative, in the event of a ‘Yes’ vote, would fall to the UK Government to respond with a comprehensive set of proposals for implementing Scottish independence. These would have to cover the numerous major issues with which the Scottish and UK electorate has now become familiar – the division and organisation of the armed forces, the civil service and diplomatic representation, the arrangements for a currency for the newly independent state, border control and immigration policy, university research funding, the initial constitution of the newly independent state and its consequences for the UK, and so on. 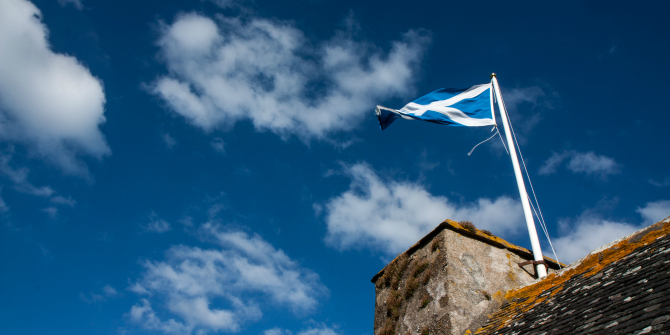 Current Scottish Government plans envisage only an all-powerful unicameral legislature extending the powers of the current Scottish Parliament into the complete range of governmental functions such as defence, foreign affairs and macro-economic management which would be inherited from the UK. The prospect of one party SNP majority government initially in an independent Scotland controlling such a powerful Parliament might well lead a substantial body of the Scottish citizenry to demand of Holyrood and Westminster that the independence settlement should incorporate an elected second parliamentary chamber based upon an alternative form of proportional representation to the system that prevails in the current Scottish Parliament. Otherwise there would be an unprecedented concentration of power in the hands of a few party political leaders in the new state until any new constitution was eventually implemented several years later.

So immense are these issues that the UK Government is likely to conclude initially that the proposed deadline of independence within a year and a half of the referendum, with a possible change of the UK government in the middle of that period, is not realistic. Hard bargaining, with no guarantee of what the outcomes would be, would then also follow over the many weighty issues involved. And, of course, only through extensive horse trading could there eventually be an agreed settlement. In all likelihood there would be considerable political and social tensions through this period and many interests could end up feeling aggrieved.

Such negotiations would not take place in a vacuum. In Scotland expectations would be high amongst those who supported the ‘Yes’ campaign, particularly in the Scottish Parliament. The referendum has witnessed vigorous campaigning from both sides with the ‘Yes’ campaign arguing, often from a near utopian perspective, that independence will raise wages for the lower paid, transform social benefits and living conditions for the least well-off and promote a higher level and quality of public services.

All types of radical causes have attached themselves to the referendum campaign. Nuclear disarmers, gay rights activists, socialists, republicans and Scottish Greens seek an affirmative outcome to the referendum to promote their causes and while they might not achieve their aims initially they see the prospects of achieving them heightened by the possible establishment of an independent Scottish Parliament and the promised constitutional convention. In their exuberance following a ‘Yes’ vote they are likely to continue to campaign vigorously for early independence and the implementation of radical measures by the Scottish Parliament. And as with the Scottish Constitutional Convention which ahead of the game planned, in the 1990s, the details of future devolution, such groups may also initiate measures to plan for profound changes in the government of an independent Scotland well ahead of the arrival of the proposed constitutional convention.

Reaction, too, from the continuing United Kingdom would also be a major factor influencing Westminster parliamentarians as they sought a solution that was acceptable to their electorates. A ‘Yes’ vote in the referendum would be a profound shock to the existing governance arrangements of the UK. It would set in motion an exceedingly complex set of negotiations which would produce outcomes that would not necessarily always be satisfactory to the involved interests and which could fall well short of the ambitions of those seeking independence for Scotland. Negotiations could well result, when set against the high ambitions of the ‘Yes’ campaigners, in a continuing sense of national grievance north of the border. And the continuing UK would be faced with major dilemmas as how to respond to the many difficult issues involved in dismantling a 300 year old parliamentary, social and governmental union.

Note: This article is provided by our sister site, British Politics and Policy at LSE, and gives the views of the author, and not the position of EUROPP – European Politics and Policy, nor of the London School of Economics. Image credit: Barney Moss (CC-BY-2.0)