Earlier this month, the UNHCR announced Syria’s refugee population had reached a staggering three million, now the largest refugee population in the world. The bulk of refugees are resettled or in camps in neighbouring countries, mainly Lebanon and Jordan. Syrians taking the incredibly treacherous journey to Europe by foot or by boat, face complex and varying immigration policies. As the refugee crisis worsens, many fear that Europe’s slow and uneven reaction will exacerbate the strain on states in the Middle East. As part of our ‘Expert Voices’ series, Multimedia Editor, Cheryl Brumley, asked four high-profile experts for their thoughts on what Europe should be doing to help ease the crisis: EU Commissioner for International Cooperation and Humanitarian Crises, Kristalina Georgeiva, the European University Institute’s Philippe Fargues, UNHCR representative, Andrej Mahecic, and Iliana Savova from the Bulgarian Helsinki Committee.

In the last years, I witnessed, women, men and children, crossing the borders of Syria in search of sanctuary. These people are caught in the crossfire of war and have lost everything. By the time they arrive to the safety of neighbouring countries, they are tired, hungry, traumatised, by what they have experienced. We in the European Union are on the frontline, helping these refugees with over 2.8 billion euros.

Europe is the largest provider of humanitarian aid for them. We are giving tents, blankets, distributing food or cash vouchers, providing healthcare and education to children. We can help the refugees best by working for a peace settlement which will allow them to return home but until then, the European Union will continue to stand with the people of Syria as well as with the generous communities in the neighbouring countries who are hosting them.

More than three million refugees have fled Syria and the flood continues to gain momentum.
Hardly three percent of them could enter Europe. All the others found shelter in the neighbouring States and across the Arab world.

Europe cannot accept to betray its founding principles of justice and protection. It cannot content itself to support regional protection programmes, in other words pay for refugees to stay where they are. It must open visa facilities in all the countries hosting Syrian refugees, whatever the kind of visa.

Nor can Europe accept that the biggest wave of refugees since WWII risk setting ablaze fragile states in the Near East, with unpredictable consequences on the security of the whole Mediterranean. It must help local actors to create jobs that will transform the burden of protracted refugees into an asset for the economies of their host states. The incoming European Commission is certainly faced with a historical challenge.

“There is something profoundly wrong when people who are fleeing one of the worst conflicts in recent decades, are forced to take rickety boats from Northern Africa as the only way for them to reach safety in Europe.”

There is something profoundly wrong when people who are fleeing one of the worst conflicts in recent decades, are forced to take rickety boats from Northern Africa as the only way for them to reach safety in Europe.

“What seems to be happening instead is that there’s an ever-growing divide between two halves of Europe where the rich North is merely paying out the poorer South to keep the refugees in Europe’s periphery, or in Bulgaria’s case  – outside at any cost.”

Greater solidarity is what Europe needs if we are genuine in our statements about protecting Syrian refugees and other refugee populations coming to Europe from places like Afghanistan and Kurdistan.

What seems to be happening instead is that there’s an ever-growing divide between two halves of Europe where the rich North is merely paying out the poorer South to keep the refugees in Europe’s periphery, or in Bulgaria’s case  – outside at any cost.

External border countries cannot cope alone, neither with the refugees’ reception, but even less with their integration. Freedom of movement within Europe should be extended to refugees so that they can indeed find a safe haven and start rebuilding their lives. Anything else would be a hypocritical and would result in closed borders, barbed wires and new Berlin Walls. 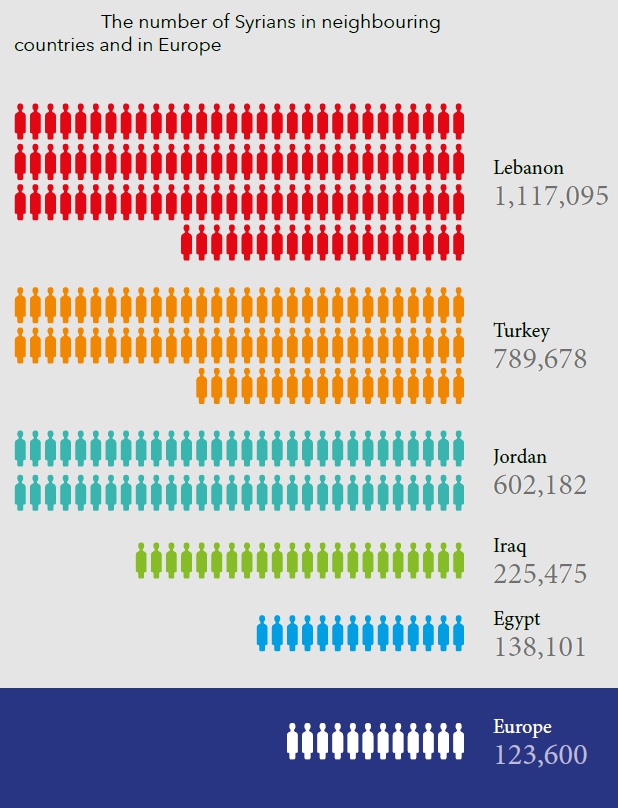 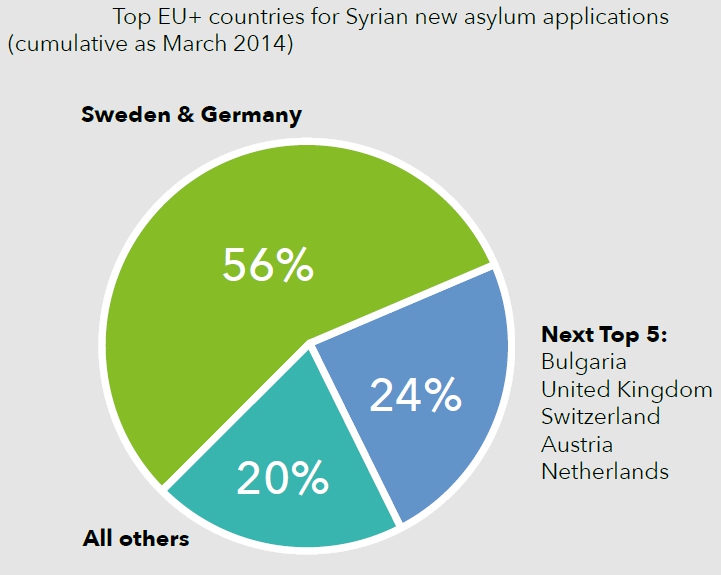 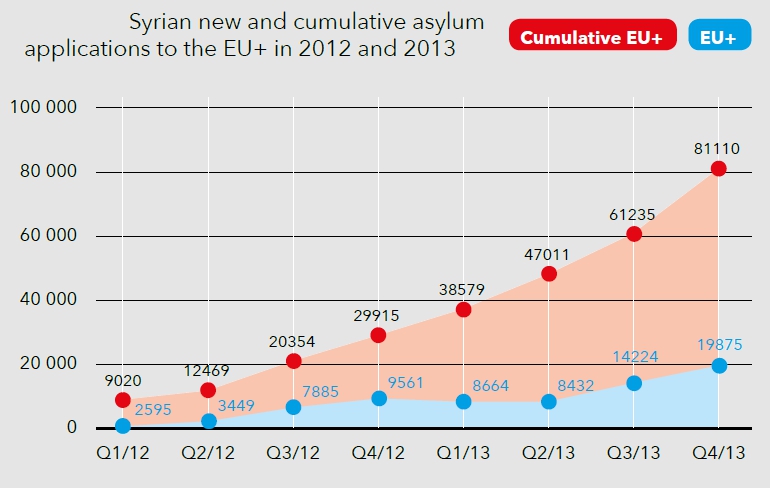 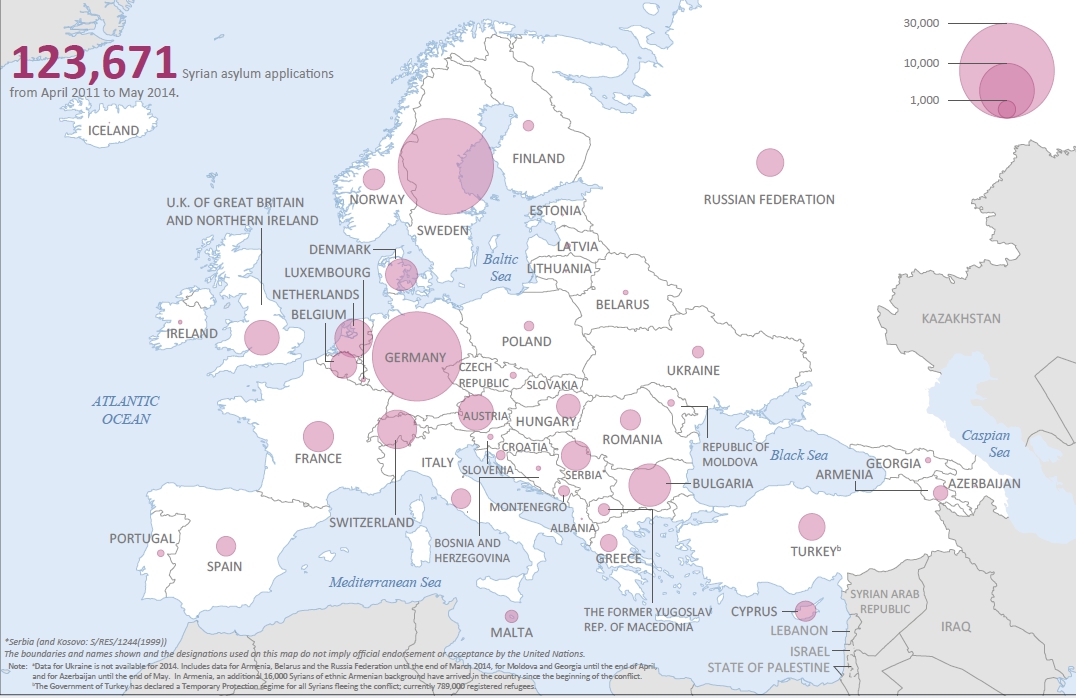 Note: This article gives the views of the participants, and not the position of EUROPP – European Politics and Policy, nor of the London School of Economics. Featured image credit: UNHCR