The United States has put together a coalition of several western and Arab states to support military action against Islamic State (IS) forces in Iraq and Syria. Laust Schouenborg writes on the participation of Denmark in this coalition. He argues that the decision to take part reflects a principle of ‘ethical militarism’ which the country has adopted in previous conflicts over the last 25 years.

Why did Denmark decide to participate in the anti-IS coalition? Why did a small Scandinavian country, traditionally known for its do-gooder approach to international affairs, with no direct stake in Middle East politics and an insignificant military budget, join a coalition of mainly medium-sized and great powers in a very hot conflict thousands of miles away? The simplest answer is that Denmark, since the end of the Cold War, has come to view military means as a force for good in international relations. To be sure, there are some significant caveats to this conclusion, but it nevertheless seems irrefutable that the Danes have become model believers in ethical militarism in one short generation.

There are a number of factors which back up this reading of events. First, Denmark has had an unbroken pattern of military action over the past 25 years, with and without UN authorisation. It started with a modest contribution to the coalition assembled to eject Saddam Hussein from Kuwait in the First Gulf War and continued with participation in the UN mission in the former Yugoslavia in the 1990s.

Then it took a more radical turn with the non-UN authorised bombing campaign against Serbia in 1999 in response to events in Kosovo, and continued with active participation in the US-led Iraq and Afghan wars in the 2000s. In the latter, Danes fought alongside UK forces in the fiercely contested Helmand province and suffered significant casualties. In the 2010s, Danish fighter planes helped impose the no-fly zone over Libya, Denmark provided a contribution to the military action in Mali and now the country is again readying itself for war against IS in Iraq and possibly Syria.

Were these genuine acts of ethical militarism and not just enlightened self-interest? This is a harder case to make. Yet a number of things point in that direction. True, participation in military action was often couched in the language of self-interest by Danish politicians. A standard refrain was that problems in a globalised world respect no borders. Moreover, terrorism, following 9/11, was presented as a direct threat to Denmark and its allies: we have to fight them abroad so we do not have to fight them at home. This line of reasoning received a boost in the wake of the so-called ‘cartoon crisis’ in 2005 when the Danish daily Jyllands-Posten published a number of cartoons of the prophet Muhammad. This resulted in attacks on Danish embassies in the Muslim world and several terror plots at home.

However, this is only one side of the story. Equally often, if not more, Danish politicians have presented military action in ethical terms: to prevent Saddam from undermining international order in Kuwait; to protect civilians in Yugoslavia, Afghanistan and Libya; and to promote the cause of human rights and democracy in general. This opinion on the benign effects of the application of force seemed to solidify in the Danish public over time. Again, I do not want to overstate the case. The decision to support the US in its war in Iraq in 2003 was fiercely contested in ‘Borgen’ (the colloquial name for the Danish parliament popularised by the famous television series), and was only voted through by a narrow majority. But subsequent decisions, including committing forces to Iraq in the post-invasion phase, have been based on broad bipartisan support.

Perhaps the clearest expression of this was when all parties voted for military action in Libya, even the far left Unity List (they later withdrew their support for the mission). Another emblematic example of this was when the foreign minister at the time, Lene Espersen, presented the decision to the media as ‘good news’. And it has to be emphasised that this does not depend on the party in government. In the 2000s and early 2010s, policy was in the hands of a centre-right government. Today it is a centre-left government committing to the coalition against IS in Iraq, and who was also very vocal in its support of harsher measures against Assad last autumn in response to the alleged chemical attacks on civilians. This is also borne out in a comparative perspective. Looking at opinion polls, Danes were some of the most ardent supporters among the NATO allies of the war in Afghanistan, and of using force to prevent Iran from acquiring a nuclear capability.

A final objection to this argument may be raised. To dabble a little in academic realist jargon, perhaps Denmark has just jumped on a bandwagon with the world’s only remaining superpower over the past 25 years? But why has it done this? Many of its neighbours, and many other countries of similar size around the world, have not been as consistent as Denmark in their support of the different US-led military operations.

However, this policy fits perfectly with the Danish tradition of being a ‘do-gooder’ in international affairs. This is a tradition that goes back to at least the Second World War and is characterised by such things as strong support of multilateral institutions, international order, human rights, international law and, paradoxically, peaceful conflict resolution. Moreover it finds expression in the unusually high level of international development assistance, and more recently the effort to combat climate change.

Although the different military operations covered here may be argued to contradict some of these principles in their substance, they seem to be propelled by the same basic ethical impulse. Denmark has simply come to view military means as a potential force for good in international affairs over the past 25 years, more so than many other countries. They may even amount to a duty. As Danish prime minister Helle Thorning-Schmidt put it while announcing the decision to send seven F-16s against IS in Iraq, ‘No one should be ducking in this case. Everyone should contribute’.

Laust Schouenborg – Roskilde University
Laust Schouenborg is associate professor in Global Studies at Roskilde University, Denmark. His recent book is entitled The Scandinavian International Society: Primary Institutions and Binding Forces, 1815-2010 (Routledge 2013). He holds a PhD in International Relations from the London School of Economics and has been a visiting fellow at Stanford, SOAS, The New School and La Trobe University. 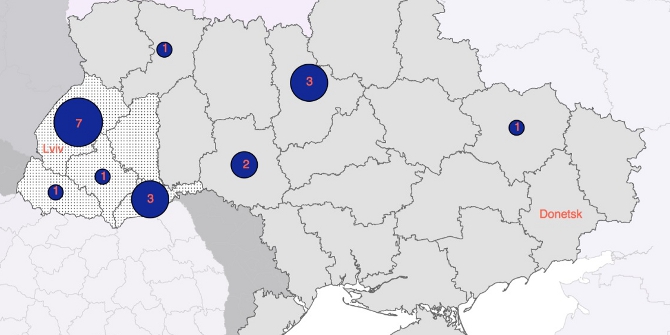 Russia’s sluggish economy is not a function of the Ukraine crisis or sanctions, but reflects long term economic trends