During the Eurozone crisis the term ‘PIIGS’, denoting Portugal, Ireland, Italy, Greece and Spain, gained traction as a shorthand for referring to the countries worst hit by the crisis. But did this term have an actual impact on the way each country was treated by financial markets? Sam Brazys and Niamh Hardiman present an analysis of how the PIIGS term affected Ireland. They find that the term had a clear negative effect on the country’s market treatment, indicating that acronyms can act as signals that guide and shape market perceptions.

We’ve become familiar with country acronyms such as BRICS (Brazil, Russia, India, China and South Africa), or MINT (Mexico, Indonesia, Nigeria, Turkey). Terms such as these group countries that are supposed to share some features in common by virtue of being at a similar stage of economic development and having similar growth prospects. The Eurozone crisis gave us a new country acronym, the PIGS (Portugal, Ireland, Greece, and Spain) to add to the alphabet soup. The term PIGS (or sometimes PIIGS, including Italy) seemed to capture something about countries that were at the epicentre of the European financial crisis. All had experienced a severe economic downturn, budgetary and debt crisis, and intervention by international institutions.

But what if the very use of an acronym does not merely reflect reality? What if using the acronym can itself change the way the countries are assessed by markets? Country acronyms are not necessarily based on a close analysis of economic fundamentals. They capture some quick-and-dirty commonalities. Some quite important differences persisted between the so-called PIIGS – in their relative size, in the underlying causes of their economic woes, in their responses to crisis, and in their prospects for recovery.

We think analysts have not taken seriously enough the ways in which mental maps of the world shape market behaviour. In a recent paper, we show that increasingly similar market treatment of the members of the ‘PIIGS’ has resulted in an increased usage of the PIIGS acronym in print journalism (using data from the LexisNexis database). We would expect this. But we also show that an increased usage of the term ‘PIIGS’ itself led to changes in the market treatment of these countries.

The PIIGS acronym and market treatment

Acronyms, even if they are not based on clear or precise definitions, can quickly turn into cognitive maps of the world that shape the way we view the world. The financial world is fraught with uncertainty. A common strategy for taming uncertainty is to convert it into risk that is assumed to be quantifiable. Heuristic devices based on country acronyms can provide market analysts and investment managers with a short-cut for assessing risk. Change in the anticipated risk associated with a particular country’s sovereign debt can be ‘read off’ from expectations about the cluster of countries with which it is associated, without necessarily requiring further examination of other aspects of economic structure or performance.

But analytical categories for interpreting the world are freighted with value-laden assumptions. Classification systems can themselves generate beliefs about the world that have consequences for actors’ expectations, preferences and decision-making. As Marion Fourcade asks: ‘Who would you rather put your money on – the BRICS or the PIGS? The terms (which evocate, respectively, a sturdy material and a filthy porcine) are not irrelevant here: we think and feel through language’. The unflattering associations of ‘PIGS’ or ‘PIIGS’ were not much improved by Paul Krugman’s preference for the acronym ‘GIPSI’. Fourcade concludes that ‘the economy is always and everywhere a morality play’.

And if this is the case, it is a play in which market actors take their cue from one another. The Eurozone sovereign debt crisis revealed the full extent to which investors make market decisions in herd-like ways, on the basis of shared subjective ambiguous beliefs about outcomes that are inherently uncertain. Keynes’s ‘beauty contest’ analogy comes to mind here. Once group heuristics have been established then, even if an individual investor may not believe PIIGS to be a useful mechanism for inferring information sets, if that investor believes that the rest of the market, on average, does believe in the PIIGS heuristic, the investor is individually rational in adopting it too.

It’s true that market volatility in the PIIGS countries may lead to a surge in usage of the PIIGS term. But we argue that the increased usage of ‘PIIGS’ or ‘PIGS’ may also influence bond-spreads in the constituent countries. We take Ireland as the critical case, because until the crisis hit it was not normally grouped together with Spain, Portugal, Italy, and Greece. ‘Club Med’ was a more common umbrella term for the latter cluster of countries (presumably Portuguese sunshine compensated for its distance from the Mediterranean); though this had a shifting cast of members that sometimes dropped Greece or Italy, and included France or, somewhat mysteriously, Belgium.

We investigate whether increased usage of ‘PIIGS’ over time led to changes in the daily spread between the Irish and German ten-year bond yield. To examine the bicausal relationship between PIIGS usage and bond yield change we employ the concept of Granger Causality using Vector Auto Regressions (VARs), which has been widely employed in the international finance literature.

Our results suggest that a credit event in a PIIGS country in a given period (t–1) triggers increased usage of the term PIIGS in time t, which leads in turn to increased change in the Irish bond-spread in t+1 and t+2. We find no relationship between Irish credit events and the Irish bond-spread, or between Irish credit events and PIIGS usage. It appears then that the ‘PIIGS’ grouping is acting as a mechanism to transmit information about non-Irish PIIGS countries, and that this is having an impact on Irish market outcomes. The social construction and use of the ‘PIIGS’ term seems, at a minimum, to facilitate and perhaps even to create this contagion.

What has emerged from our empirical study is evidence that the impact of using country acronyms as heuristic shortcuts is real and observable in the financial markets. An acronym for a group of countries, used as a heuristic to guide risk assessment in inherently unstable conditions, can have a causal effect on the very uncertainties it seeks to model. When economic journalists treat these countries as a bloc in their commentary, the effect is that they are treated as a bloc by investment managers.

The implication of our study is that labels are not just naming devices, but are signals that guide and shape market perceptions about opportunities for profit, or the hazard of losses, under conditions of uncertainty. ‘Ideas’ are the interpretive filter through which actors interpret the world and frame their responses, and heuristics can be understood as a particular kind of ‘idea’. In a world of uncertainty, in which rational risk assessment is extremely problematic and response time is extremely limited, shorthand ideas captured in acronyms guide behaviour in materially significant ways. And yet this kind of heuristic use of acronyms is as susceptible as others to the hazards of group-think and herd behaviour.

Language, therefore, is freighted with performative power; the economy can indeed be viewed as a morality play. Far from providing a rational guide to action, the too-ready use of acronyms as a heuristic can intensify crises unnecessarily.

Note: This article gives the views of the authors, and not the position of EUROPP – European Politics and Policy, nor of the London School of Economics. Featured image credit: Albert Mestre (CC-BY-SA-3.0)

Niamh Hardiman – University College Dublin
Niamh Hardiman is Associate Professor of Political Science and Public Policy at University College Dublin. She is currently Director of Graduate Studies in SPIRe, and Director of the interdisciplinary Public Policy Programme. She is currently working on a co-authored book on the political economy of the European periphery (to be published by OUP). 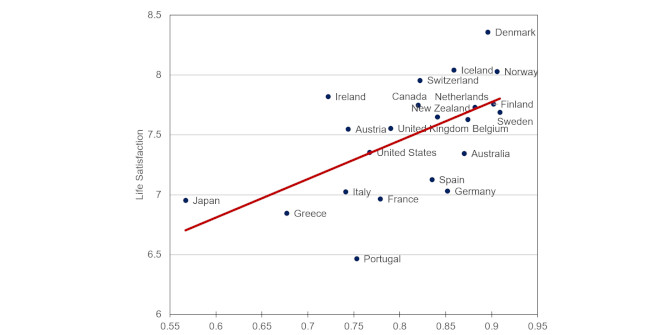