This collection presents a comprehensive guide to Islamic movements in Europe, aiming to offer original, definitive perspectives on Muslims and Islam in Europe today. Louise Pears finds this essential reading for policy makers and academics alike with an interest in Islam or Islamophobia.

Analyses of political Islam are often located within Muslim majority countries, whilst considerations of Islam in Europe are more likely couched in terms of fundamentalism and threat, or alternatively integration and cultural cohesion. Islamic Movements makes an important intervention into these debates by considering the interaction between Islamic movements, a growing Muslim population, and the structures of European nations. In doing so it contributes to a growing literature within Western scholarship that challenges the distinction between the religious and the secular which is itself a production of a distinctly European conception of politics. It attempts to give a consideration of European Muslim organisations that reclaims them from the highly charged political debates.

It differs from texts that have preceded it by emphasising the European context to consider “how the anxieties associated with radical Islam relate to the emergence of a Europe which is inclusive of Islam- and not merely to the features of radical Islamic groups” (p.xiii). With over 70 contributions the text conveys the complexity of the picture. These contributions are organised into three parts, which gives a clear structure to what might otherwise seem a disparate collection of essays. In turn these are supported by effective introductory chapters by the editors that help to build the contributions into interventions into the political and academic literature. In these introductions, the editors grapple with the debates around the terms used to describe political Islam, the public, and political debates that this text keys into and the conceptual work around politics and religion that set up the contributions effectively.

Part one considers a range of Islamic movements that have originated in Asia and Africa. This immediately demonstrates the diversity of context, aim and beliefs across these movements showing how the term “Islamism” cannot stand in for a range of Islamic groups that engage with and conceive of the political in different ways. Part two, Islamic movements in Europe, builds on this with essays that consider particular groups and federations within specific national settings and essays that consider Islamic guidance and public debates as well as Islamic knowledge and education. The final section, Islamic Movements in Europe: Islamism and Islamophobia, takes eight European countries as case studies to give an account of Islamophobia that does not accept the underlying assumption that it is motivated by security fears or a clash of civilisations, but rather considers how these debates emerge from within national contexts.

Working through examples from each part of the book shows how they combine to build narratives about the interaction of political Islam and specific European national settings. For example, in part one Taji-Farouki writes an introduction to Hizb ut-Tahrir that is thorough, accessible and coherent (p.44). This is built upon in part two by Hamid who gives an account of Hizb ut-Tahrir in the United Kingdom, that stresses the locally specific articulation of this group (p.201). Still within part two, in the section on Islamic guidance and public debates, Lewis takes the UK as a case study to consider how Imams are taking part and framed within a context of de-radicalisation (p.237). Whilst in the final section of part two, on Islamic knowledge and education, Nabi looks at the Federation of Student Islamic Societies (p.301). Then in the final part, the UK case is examined again in Allen’s chapter on the British National Party in which he considers how Islamic movements have been framed to enable a resurgence of far right politics in the UK (p.374). Whilst each chapter provides only a brief snapshot, taken as a group these contributions give a more nuanced account of Islamic movements within the UK.

There is considerable variance in the quality of scholarship between the chapters – this is an issue common to edited collections – but the book would be improved by a more consistent standard. For instance, returning to the Hizb ut-Tahir example, the chapter by Simonsen on Hizb ut –Tahrir in Denmark is just over one page long and provides only a cursory account (p.205).

A chapter that stood out was Sayyid’s “Poltics of Islam”in which he considers how Islamism presents a challenge to the West, not on the old ground of existential threat, but because it opens up “the gap between what is universal and what is Western” (p.77) In this chapter Sayyid considers how the Western state centric conceptualisation of politics has presented Islamism as anti-politics. He presents an alternative definition of the political as decision making, which takes into account social relations, subjectivity, and identity and the friend/enemy distinctions that result. Sayyid reframes Islamism “not [as] any particular organisation or movement, but rather it is an expression of Muslim political agency.” (p.77) This powerfully argued piece helps to underline the challenge put forward by this book to understand “the anxieties associated with radical Islam” and how they “relate to the emergence of a Europe which is inclusive of Islam” (p. xiii).

One criticism of this book as a whole is that despite the fact that it challenges the boundaries that have been drawn up around the political, it maintains a division between the public and private realms by focusing on active political groups, and institutions, thereby reifying a traditional and gendered conception of political space. Perhaps as a consequence there is little discussion of Muslim women within this book.

The strength of this edited collection is its wide ranging scope, but this is at once its weakness because each short chapter can only offer a shallow account. Overall this book is useful for those who have an interest in political Islam because it offers a broad brush picture of Islamic movements in Europe. However, it is essential reading for policy makers and academics alike who are concerned with Islamism (and indeed those who aim to tackle the Islamophobia that has produced conventional understandings of Islamism as threat), because it presents an account of Islamic movements of Europe that can move the debate on productively from the much criticised “clash of civilisations” narrative.

Note: This article gives the views of the author, and not the position of EUROPP – European Politics and Policy, nor of the London School of Economics. Featured image credit: Bob van Hesse (CC-BY-SA-3.0)

Louise Pears – Leeds University
Louise Pears is a PhD Student in the Centre for Interdisciplinary Gender Studies at Leeds University. Her research is on the representation of terrorism on television and she uses gender theory, critical race studies, critical terrorism studies and cultural studies. Her research interests are popular culture, feminism, race, whiteness, and security. She also teaches on research methods. She has an MA in Gender Research, an MSc in Gender and International Relations, and an MA(Cantab) in Social Political Science. 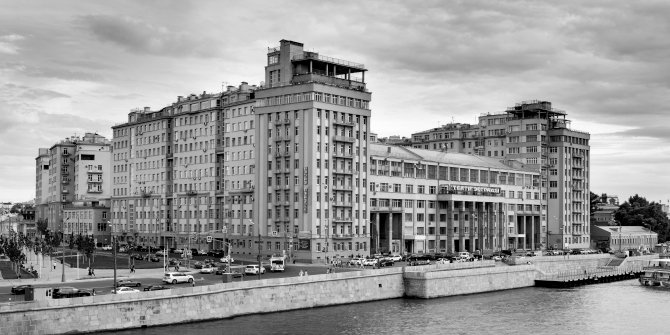