Over the past two decades, European governments have adopted conflicting approaches to prostitution. While the Netherlands and Germany have legalised it under certain constraints, Sweden, Finland, Iceland and Norway have decriminalised the sale of sex and criminalised buyers. Academics have come to describe the latter position as ‘the Nordic model’.

Typically, the Nordic countries – in this book comprising Sweden, Norway, Finland, Denmark and Iceland – are seen as innovators in policy reform. Their laws are referred to in debates and often imitated in other European countries. A form of the Nordic model, for instance, was passed in the French parliament before being rejected by its Senate. In the UK, with a debate still ongoing, there were calls as recent as last month for legislation similar to that of Sweden. In addition, an all-party parliamentary group report, published in March 2014, recommends adopting the Nordic model

However, Prostitution Policy in the Nordic Region: Ambiguous Sympathies, by May-Len Skilbrei and Charlotta Holmstrom seeks to challenge the view that a ‘Nordic model’ even exists, by highlighting the difference in aims and practical implications of the legal framework of Sweden, Norway, Denmark, Finland and Iceland. They consider how social work and the criminal justice system contribute to each country’s stated aims, and chart how each reform came about. In addition, Holmstrom and Skilbrei discuss how globalisation of the market for sex and issues of trafficking and immigration have contributed to the policy.

Both authors are involved in existing research on the issue previously. May-Len Skilbrei is Associate Professor at the University of Oslo and at the head of a multi-disciplinary research project funded by the Research Council of Norway on social and health services for women who sell sex and are victims of trafficking. Charlotta Holmstrom is Assistant Professor at Malmö University.

Chapter 5, “Regulating Prostitution through Social Welfare Policies”, starts with giving an overview of attitudes to prostitution in the 19th century in Nordic countries. Governments then saw prostitution as inevitable and needing regulation to reduce its risk to public health. This is known as a functionalist approach. There was an emphasis on where prostitutes could work and what they should wear, in part, the authors argue, in order to help differentiate them from ‘decent’ women. Skilbrei and Holmstrom conclude that these measures were as much driven by the wish to control women as by a public health rationale.

This changed little until the late 1970s, when the perception of prostitution shifted from being a public health problem to a social one. Women who sold sex were seen as victims of structural factors such as gender and class. Some countries came to define prostitution as a violence of men against women, and a mark of gender inequality.

This is where Skilbrei and Holmstrom note a divergence within the Nordic region, and discuss social work more specifically. The ideologies driving social work differ. Services divide between those who only offer help to women determined to exit prostitution (a zero-tolerance approach), and those who provide assistance unconditionally (a harm-reductive approach). Services in Norway and Finland are based on a harm-reduction model. In Sweden most agencies take a zero-tolerance approach. In Denmark, social work surrounding prostitution principally targets victims of trafficking.

The authors then raise issues encountered in social work in these countries. For example, the harm-reductive approach implies that prostitution, if conducted in certain conditions, is acceptable. Some have criticised providing separate welfare for prostitutes – what defines them as a group with common interests and needs? What’s more, Skilbrei and Holmstrom note that little research has been done about the effects of social services – are they providing what is actually needed? When exercising a zero-tolerance policy, making help conditional on exit puts the impetus on those selling sex to change. Skilbrei and Holmstrom find this paradoxical sitting alongside laws which aim to redistribute blame on buyers.

Arguments in this chapter are persuasive and well researched. Skilbrei and Holmstrom’s consider not only the social services offered, but their implied message – which is how individuals in real life experience them.

In Chapter 6, “Regulating Prostitution Through Criminal Justice Policies”, the authors note an increased legal intervention in prostitution. They chart how the criminalisation of the purchase of sex was passed in each of the countries in their study. The most striking example is Sweden, where the law was passed in 1999. Prostitution is defined as an expression of gender inequality, and a form of violence against women. The country took a strong normative stance, one of the aims of the law being to change societal norms. Sweden also took to promoting the measure abroad, putting together something the Economist has termed ‘a roadshow’. These efforts are seen as key to being a society where ‘full gender equality is the norm’. Norway and Iceland followed in its footsteps.

Finland is another interesting case. The country chose to implement partial criminalisation, making it a crime to purchase sex from someone who is a victim of trafficking or procuring. Full criminalisation has been debated since, with the argument of promoting gender equality, and noting the difficulty of enforcing partial criminalisation. Meanwhile, after a debate, Denmark chose not to criminalise the purchase of sex, concluding from studies that it would not affect prostitution in a positive way, but rather, lead to increased stigmatisation.

Here again, Skilbrei and Holstrom raise issues regarding these criminal justice policies. The Aliens Act in Sweden, Denmark and Finland allows for foreigners to be deported if it is assumed that the person will be making a living in a dishonest way. Finland prohibits the selling and buying of sex in public places, which implies that those selling sex are a nuisance, rather than victims. This measure is also biased against foreign women as they make up the majority of those who sell sex on the street, while those native to the Nordic countries tend to participate in indoor prostitution. Finally, defining prostitution as a violence of men against women excludes other types of prostitution; these become invisible.

Implementation raises issues too. For instance, in Norway, the police punishes landlords, hotel owners, and hotel employees who rent out rooms to women who sell sex. This makes it more difficult for women of a certain background to rent, and makes women who sell sex more likely to go through a third party to do so. As such, they are more likely to be homeless and vulnerable to discrimination.

The effects of the laws are unknown – Sweden’s is most debated, where researchers both argue strongly that the system has succeeded or failed the law’s aims. The authors suggest that criminalisation of the purchase of sex has led to increased insecurity, risk of abuse, and drawn individuals into a more competitive market. Skilbrei and Holmstrom conclude that the policies have ambiguous sympathies; women in practice still carry blame for prostitution and the law treats foreign women differently to those native to the Nordic region.

Some weaknesses should be acknowledged, including that some chapters seem like they are arranged in the wrong order – the sixth chapter, explaining the legal framework for each country, should really come first to help understanding of the others. The chapters in themselves could also benefit from being more strongly structured. The first four are meandering discussions of academic literature that may easily lose the unfamiliar reader.

In terms of content, the book could have been improved by extending its aims and contributing original research, rather than remaining an extensive literature review. Skilbrei and Holmstrom are excellent at raising thoughtful questions, but the reader may be left wondering why they haven’t attempted to address them. Prostitution Policy in the Nordic Region is targeted at the academics and researchers involved in the debates surrounding prostitution policy, and it is highly recommended to those who work in this area.

Note: This article gives the views of the author, and not the position of EUROPP – European Politics and Policy, nor of the London School of Economics. Featured image credit: Cédric Puisney (CC-BY-SA-3.0)

Mario Koob
Marion Koob has a BSc in Government and Economics at the LSE and and MPhil in International Relations at the University of Cambridge. She has worked in Polis, the LSE’s journalism think-tank, and is now at the British Film Institute. 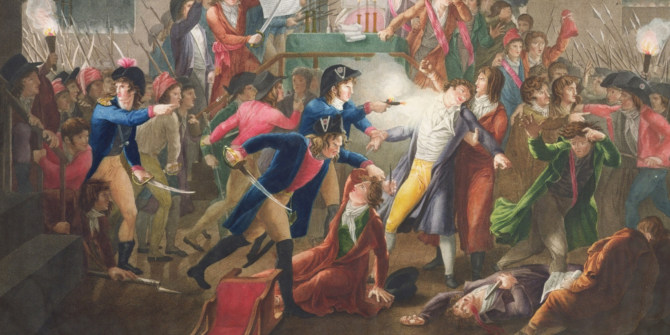