Russia, Ukraine, France and Germany met in Minsk on 11 February to negotiate a solution to the ongoing conflict in Ukraine. Anna Wieslander writes on the EU’s use of sanctions against Russia throughout the crisis. She notes that with tough negotiations to come between EU states, it is vital that Europe’s political leaders form a coherent long-term strategy if they are to exert real pressure on Russia.

A ‘roadmap’ to peace in Ukraine was negotiated between Russia, Ukraine, France and Germany on 11 February, but the issue of EU sanctions against Russia remains on the agenda, with a tightening of sanctions previously having been agreed on 9 February. In the short term, EU unity on sanctions against Russia represents a success for its common foreign and security policy. In the long term, sanctions cannot compensate for the lack of a coherent strategy in the EU’s relationship with Russia.

Fighting in Eastern Ukraine intensified at the beginning of the year, while the Russian annexation of Crimea is still in place. As voices in the United States have risen on the need to arm Ukraine, France and Germany are grasping the last straw to – once again – negotiate a peace agreement, following the failure of Russia to comply with the Minsk Protocol from September 2014.

So far, EU leaders have managed to stay united on maintaining the sanctions and to tighten them if necessary. At the same time, tension remains between the Member States on how to deal with Russia in the long term. The views of President of the European Council, Donald Tusk, and EU High Representative, Federica Mogherini, represent different trajectories within the EU. While Mogherini is focusing on ways of creating a dialogue, Tusk’s main aim is to send clear messages to Moscow in order to discourage Putin from creating future problems.

Attitudes toward Russia in the EU have worsened in recent years, although they vary on the basis of geographical proximity, dependence on trade and energy, historical ties and political governance. As the Chart below shows, based on the 2014 Transatlantic Trends report, countries such as Spain, Poland and Sweden are among the most sceptical toward Russia, while Greek citizens express the most favourable attitudes. Following the country’s elections on 25 January, Greece is now led by a new government whose Prime Minister, Alexis Tsipras, believes that the EU is “shooting itself in the foot” by introducing sanctions against Russia. Fears have grown that Greece will use its veto on stronger sanctions against Russia or, in the summer, on the extension of the existing sanctions.

Chart: Responses in selected EU countries to the question: “How desirable is it that Russia exerts strong leadership in world affairs?” 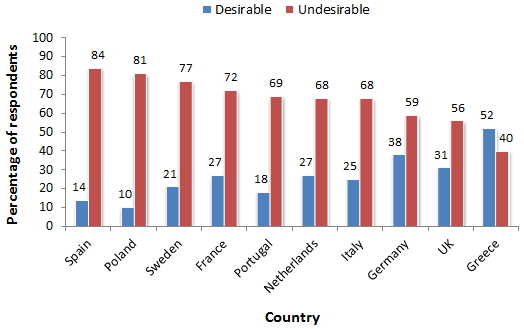 Which factors were decisive for the success of EU unity with regard to sanctions? First and foremost is Angela Merkel’s leadership. Without the pressure applied by Merkel in various capitals, the sanctions would not have reached their present level. And that pressure was not given from the start.

On one hand, Germany has traditionally defended European agreements and international law, which Russia so clearly breached in its annexation of Crimea. On the other hand, Germany’s special relationship with Russia, the so-called “Ostpolitik”, favoured a dialogue about, rather than any move against, Russia’s actions. Following fruitless negotiations aimed at making Putin change his plans for a “referendum” on Crimea, in spring 2014 Germany shifted away from its old policy. Merkel clearly seemed to have become tired of Putin’s transgressions. For Germany, the transition is a major one, and it remains to be seen whether the country will persist with its new, tougher line.

In addition, the shooting down of the Malaysian Airlines flight MH17 in Donetsk in Ukraine on 17 July last year, probably by anti-aircraft fire from pro-Russian separatists, generated more impetus behind the push for harder sanctions. The incident resulted in the deaths of 298 passengers: two thirds of them Dutch citizens. When Russia continued to provide the separatists with weapons and practical support, EU Member States were able to rally around the adoption of effective sectoral sanctions.

Finally, the United States and the EU were in agreement about the need for economic sanctions as a tool to deal with Russia. The US is not as vulnerable economically and therefore found it easier to enter the fray, which was useful as a means to get all of the EU’s Member States on board.

Since the beginning of March 2014, the EU has created three different packages of sanctions – aimed at individuals in Ukraine, imports/exports from and to Crimea, and against Russia (individuals and sectors). These packages essentially run on a one-year basis. The extension of the packages and, if appropriate, a widening of their scope, will prove difficult stumbling blocks when the current one year term expires.

Cards will have to be put on the table. How should developments on the ground in Ukraine really be interpreted with reference to the Minsk Protocol and possibly additional agreements? How much weight should be attached to Russian commitments? Have the sanctions really had an effect or reached the end of the road?

To continue its external unity, the EU is dependent on internal cohesion. There are several challenges in this regard. First, there are the economic tensions between north and south in the wake of the financial crisis, which have still not been overcome. Greece’s economic problems and a potential Greek exit from the Eurozone risks creating a domino effect on countries such as Italy and Spain. The north-south split is also increasingly visible in security discussions, where threat perceptions from the East versus the South have started to compete in light of scarce resources.

Second, an additional challenge lies in political leadership. The balance between the major countries has been broken as UK Prime Minister David Cameron is faced with the threat of the UK leaving the EU, while French President François Hollande is suffering major domestic policy problems. Merkel has reluctantly accepted the leader’s jersey, but will she maintain this position? Finally, cohesion is also threatened by Putin’s proactive approach to create divisions within the Union by means of propaganda and political alliances with both right-wing extremists and anti-American left-wing groups.

Even now, the Georgia crisis of 2008 continues to cast long shadows. After only a few months, the EU and NATO resumed “business as usual” with Russia. It is plausible to argue that a tougher line against the country at this time could have prevented the present disintegration of the European security order.

When Russia ignores European standards and principles, the question for the EU Member States themselves becomes even more crucial: what actually governs the EU’s course of action? The EU already possesses a unique range of tools. But a strategy towards Russia must be based in the first instance on the fundamental values and vital interests that are actually crucial to the Union. The EU now has urgent homework to do.

Note: This article gives the views of the author, and not the position of EUROPP – European Politics and Policy, nor of the London School of Economics. Featured image: Vladimir Putin during a visit to a university in St Petersburg in January 2015, Credit: Kremlin.ru (CC-BY-SA-3.0)

Will the assassination of Daphne Caruana Galizia lead to wholesale institutional reform in Malta?

Greece illustrates how the politics of lending can undermine its effectiveness 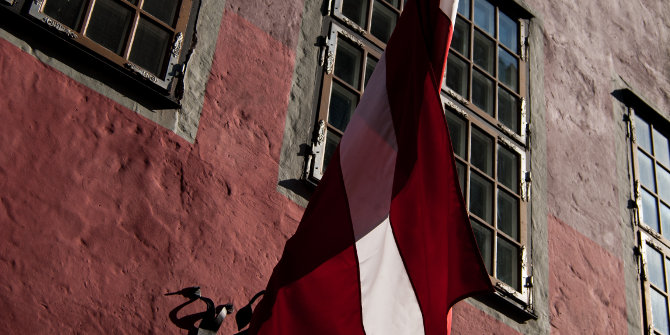