To what extent have Russia’s actions in Ukraine reflected Vladimir Putin’s domestic political situation? In an interview with EUROPP’s Stuart Brown and LSEE’s Tena Prelec, Konstantin von Eggert and Nikolay Petrov discuss the domestic side to Russia’s foreign policy, what a Russia without Putin would look like, and why the West should avoid backing Putin into a corner over Ukraine.

Konstantin, it is probably fair to say that analysts in the West have struggled to understand Russia’s recent foreign policy actions. What are we missing and what were the actual motivations behind Russia’s approach during the Ukraine crisis?

I think that one of the main problems with Western analysis of Russian foreign policy is that the domestic dimension of Putin’s foreign and security policy is largely overlooked. That is why over the last year we have had such a huge volume of analysis of Moscow’s actions, which in the end turned out to be completely wrong – because if you look at it from a geo-strategic point of view, a lot of what Putin did was completely senseless.

But if you look at it from the point of view of the domestic prestige of his political regime, of the legitimacy of the Kremlin, it makes complete sense. You start realising that most of Russian foreign policy – and here Ukraine is really the best example – is, to a large extent, domestic.

The ruling elite in Russia has two main interests: it is interested in staying in power, and it is interested in promoting its own economic well-being. This means promoting the interests of Gazprom, Rosneft and similar companies. In a wider sense this is also aimed at keeping western influences in check because essentially the Kremlin is concerned about the spread of western democracy to Russia. It would like to operate with the façade of democracy on its own terms, but it knows that if you return to the kind of situation we had in the 1990s then the regime would be finished.

And in this respect Russian foreign policy is heavily focused on tying up the hands of the West, creating problems for the US and Europe, as well as controlling the post-Soviet space – because the conviction of the Kremlin is that America and the EU want regime change in Russia and they operate via Russia’s neighbour states. So this makes the Ukrainian crisis a domestic crisis. This makes Ukraine a domestic issue, not only about legitimacy, but about keeping power in Russia.

Nikolay, do you agree that Ukraine is very much a domestic crisis for Russia and if so how should the West be engaging with Putin?

If we get Russia wrong, not only can the West not foresee Russia’s next moves, but its reactions can be counter-productive. And to a certain extent, the reaction of the West to the Ukrainian crisis was in Putin’s favour, because his initial idea was not only to strengthen his legitimacy with this war, but to construct a fence between Russia and the West; and the West did contribute when it chose to put in place personal sanctions. These personal sanctions helped Putin to consolidate his position among his elites.

Not all of the sanctions are wrong: I think that the last wave of sanctions is extremely important and extremely effective, and it is important to understand that its effect cannot be immediate. It would be foolish to remove the sanctions before seeing their final result. But the initial decision to place sanctions on some of those within Putin’s circle helped Putin to foster a siege mentality and allowed him to craft a narrative around the notion that the West’s actions are somewhat arbitrary and not based on any clear legal grounds.

So I completely agree that Putin’s actions are connected above all with domestic politics. This doesn’t mean that the confrontation between Russia and the West was inevitable, but I think Putin and his inner circle were well prepared for it. However due to a combination of factors – the fall in the oil price in particular – the sanctions are having some effect. The debate in Russia is now very much focused on how the sustainability of the political system can be ensured under the current sanctions.

Would you say, Nikolay, that the sanctions are damaging the stability of Putin’s regime?

I believe that in politics, as in physics, if you win in something you should lose in something else. So Putin did win in terms of increasing his popularity during the Ukraine crisis in a very particular way, but he has paid for this in terms of time: the crisis has brought about a situation which will limit the amount of time he has left in power.

In my view, it is very important to understand that the very top of the Russian elite is eager to hang on to its monopoly of power, but the next level of the elite below this in the hierarchy is now in a complicated position as they have lost a lot. Putin decided not to let them go to the West, which means a huge change in their lifestyle because they intended to make their money in Russia, but spend it abroad. Now they are being told that they have to spend this money in Crimea. Ultimately there is a tension developing between the top level of the Russian elite and the medium level and this situation cannot last for long.

Konstantin, if we accept that the situation is deteriorating for Putin, is the end of his regime a genuine possibility?

The late, great, Boris Nemtsov once cynically observed that Putin wants to rule like Stalin, but live like Abramovich. I think that to a large extent that could be applied to the Russian political class as such. I think that where Nikolay is very much spot on is when he says that they did not subscribe to live in Moscow. Because of fear of reprisals from the Putin regime, they will not act for some time. But I suppose that what we see is also something that impacts on Putin personally.

Putin’s role over the years was that of a chief arbiter between warring clans inside Russia’s political class/ruling regime, and his ability to be such an arbiter was based on the fact that the Russian economic ‘pie’ was huge, and increasing. For some time it remained flat during the crisis, but still, people would be told not to worry, as “today he has this piece of the cake, but tomorrow you will have this other piece”.

Today, however, Putin’s ability to play this game has been shrinking because of the shrinking revenues – and this happened not only because of the crisis and the sanctions, but also because of the system of governance, which was based until recently on a very simple principle: impunity in exchange for loyalty. In other words, you can plunder the state budget as long as you provide what the Kremlin wants you to provide. If you are a governor, you provide rigged elections; if you are an oligarch, you finance the Sochi Olympics.

Now, this period is over. Putin now only offers sticks to the Russian elite, not carrots. Loyalty is no longer necessarily rewarded. We have seen a few examples of this, notably the governor of Sakhalin who was recently charged with bribery: it was well known and now suddenly he has been charged despite the fact that actually his performance as a governor (stability, vote for United Russia, lack of opposition) has been pretty satisfactory for Putin. So I think this is the most important thing: the strategic trend goes against Putin. I have to say that I was in a minority of people who, after the protests in Moscow in 2011-12, started saying that Putin will not last until 2018. Now I am even more convinced of that.

Nikolay, what would a Russia without Putin be like?

Russia without Putin would likely not be any better than Russia under Putin. There is the famous saying that “the government is the biggest European” – meaning that the government is more democratic than the people. Unfortunately, I do not have any great hopes as to what would happen if Putin left power.

It is important to understand that 2013 was the year when the already weak Russian institutions under Putin weakened more: its judiciary, its local administration, its elections and its society, which is now in poor shape. There is a general feeling in Russia that Putin is not only a great leader, but also that the problems faced by Russian society (corruption, the Caucasus and so on) are far less serious than they used to be a year ago.

This is worrying because it implies that if we were to remove Putin from the equation there would be almost no Russian institutions at all that would have independent legitimacy – at present they are popular because Putin is popular and if Putin were to leave there could well be chaos. From this chaos the forces that could organise themselves the fastest could be able to take power.

If Putin is under threat domestically would this have implications for other countries beyond Ukraine? For instance we have seen countries like Lithuania expressing concern about Russian actions in recent months.

I do think so. The problem is that Putin now acts like a Tsar. His dependence on political elites is much lower than it used to be. If the West backs Putin into a corner, nothing can be excluded. So it would be better not to put him into a corner. Putin once told a story about how, as a teenager in a poor neighbourhood, he once put a rat into a corner and the rat attacked him. This is a good metaphor for what could happen if he is put into a corner now.

It would represent a threat to the world because in that case his actions can become irrational. So far, his actions in Ukraine have been rational. This rationality can be lacking from a democratic or liberal perspective, and it is not understood in full by the West, but it is very rational behaviour given the circumstances. Now, when so much depends on his personal decisions, the danger of the irrationality of his decisions is increasing – so we should not let him act irrationally.

Note: Konstantin von Eggert and Nikolay Petrov were both speakers at a recent event held by LSEE – Research on South Eastern Europe. A video of the event is available here and a write up of the material in this interview is available on LSEE’s blog. This article gives the views of the interviewees, and not the position of EUROPP – European Politics and Policy, nor of the London School of Economics. Featured image credit: Kremlin.ru (CC-BY-SA-3.0)

Konstantin von Eggert
Konstantin von Eggert is a Russian analyst, consultant and commentator. He is presenting a current affairs programme on Kommersant FM, Russia’s 24-hour news station. In 2009-2010 he worked as Vice-President for Public and Government Affairs for ExxonMobil Russia Inc. He is also a former BBC correspondent from Moscow and a member of Chatham House. He was awarded an MBE in 2008.

Nikolay Petrov
Nikolay Petrov was the chair of the Carnegie Moscow Center’s Society and Regions programme. Until 2006, he also worked at the Institute of Geography at the Russian Academy of Sciences, which he joined in 1982. 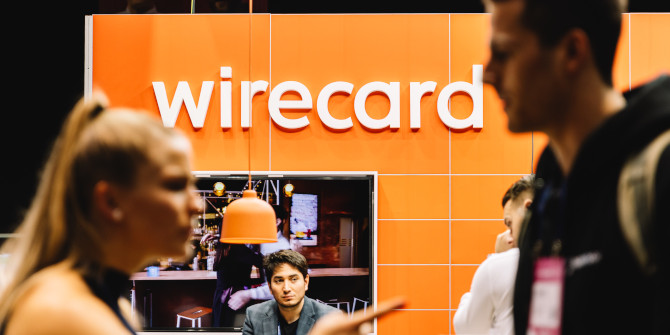