In ‘Beppe Grillo’s Five Star Movement: Organisation, Communication and Ideology’ the contributors cast a critical view over the history and development of the Five Star Movement – from its origins as a small protest movement to its present status as a major political player in Italy. Kally Zarali finds the book provides extensive answers to questions concerning the Five Star Movement’s organisational model, Grillo’s style of politics and the incentives of the party’s voters.

In 2013 the marginal political movement of Beppe Grillo, a controversial Italian comedian and environmental activist, shook the Italian political scene that was already crumbling due to the decay of the traditional political parties and the financial crisis. Nine million Italians voted for the Five Star Movement (Movimento 5 Stelle- M5S), which came out of the pages of a popular blog created in 2005, turned into a political party in 2009 and achieved its first, unexpected success in the Italian regional elections in 2012. An outcast from the mainstream media – due to his harsh critique against the traditional political, medial and economical system (the “establishment”) – and a demagogue himself, Beppe Grillo appealed to the voters through a seemingly revolutionary, anti-system political movement.

As it is described in Beppe Grillo’s Five Star Movement: Organisation, Communication and Ideology, edited by Filippo Tronconi, the movement gained much of its popularity through its populist rhetoric, which extends from the juxtaposition of the rogue elites and the honest and virtuous people, to the emphasis on the undeniable qualities of the leader (who is “one of us”, “a man in the street”). Within this context, public events such as the “V-days”, “V” stands for “vaffanculo” (bugger of), inspired and led by Beppe Grillo and generally addressed towards the Italian political elite, as well as slogans such as “Clean up Parliament”, provide some evidence of the style of politics M5S has adopted. In terms of ideology however, the movement has little to do with the rightist or extremely rightist leaning that is usually associated with populism. The introduction and the first two chapters of the book describe how post-materialist and environmentalist values form the basis of its ideological framework, while the innovative use of the Internet – both as an organisational and communication tool and the ability to appeal to voters beyond the traditional left-right distinction – differentiates the M5S from other populist parties across Europe and designates it as a special case phenomenon.

But is there something so special about M5S that accounts for its unprecedented success? Using a wide range of research tools the contributors to this volume offer a comprehensive approach to the party, describing and often deconstructing the characteristics and paradoxes that account for its unexpected popularity that could eventually determine its future political viability. Firstly, the notion of the “leaderless Ideology”, the non-hierarchical structure and the slogan “one counts for one”, which constitutes the founding myths of the movement, are regarded as completely paradoxical, since the presence and role of its leader, Beppe Grillo, is considered not only indisputable but also vital for its whole existence. The “commercial ownership” of the party logo by Beppe Grillo himself (as ratified by the statute of the movement), his decisive role over the selection and participation of individual representatives in parliament or local institutions (several of them have been expelled or disavowed by him), and the fact that he has the last word on everything from the party’s rules to its political agenda, constitute evidence of the prevalent “leaderist character” of the movement. Furthermore, its name and symbol “are registered in the name of Beppe Grillo” as the only title-holder of the rights to their use, thus depicting “the party as a sort of commercial enterprise headed by a ‘boss’ who is its owner”.

Secondly, but for the rhetoric of direct democracy, the scarcely formalised, hierarchical organisation of the party as described in chapters 2 and 5, and the centralisation of the decision-making process at the expense of party activists and simple members, limits the autonomy evangelised by its founders. Of course the movement has enabled people belonging to previously unrepresented social categories to enter politics, or even be elected. However, the fact that such citizens lack any previous political experience leads to strong dependence on the guidance of their leadership.

A third characteristic of the movement overstressed by its founders is the narrative of the power of the Internet as a means of direct democracy and political emancipation. The analysis considers it quite hyperbolic (chapter 6), emphasising the malfunctions discerned in the organisational decision-making within the party or the way disagreement is managed by its leader.

Irrespective of the structure – the participation and decision-making process, and the distance between the rhetoric of its leader and the reality – the message of the Five Star Movement proved attractive for a wide range of people. According to the data presented in chapters 8 and 9, the ambiguity that surrounds the profile and structure of the party reflects upon its appeal to the voters, since their electoral behaviour is described more as protest, anti-political, and an angry vote, and less as a decision congruent with the political agenda of Beppe Grillo. More specifically, discontent towards the political elites is higher among voters of the M5S, whereas 40% of them show minimal (or zero) confidence in parliament and 60% has no trust in political parties. Regarding ideology, few of the M5S voters display a consistent left or right ideological orientation, while most of them place themselves in the centre of the political spectrum.

The volume concludes with some reservations about the future of the movement regarding its potential institutionalisation and its adaptation to the Italian political system. As the editor deduces, the success of the 5 Star Movement hinges on the use of a mix of new and old means of communication, the personal charisma of its leader, and primarily on the fact that it was a political party “in the right political space on the right time”. Whether it survives and consolidates its position in the otherwise turbulent Italian political scene remains to be seen. However, as the editor of this volume believes, if it wants to become a permanent feature of Italy’s party system, it needs to adapt.

The volume, product of a research project launched by the Istituto Carlo Cattaneo in 2012, consists of 10 chapters that present extensive data on the characteristics of the party and its voters, based mainly on face-to-face interviews and quantitative analysis. More elaborate concentration on the message and the rhetoric of the M5S, especially in terms of its Euro-scepticism and populist discourse, would have added more to the description of its profile. However, I consider this a comprehensible guide to the rise of the M5S and an essential reading for those interested not only in Italian politics, but also in anti-system, Euro-sceptic and populist movements in Europe.

Kally Zarali – Aristotle University of Thessaloniki
Kally Zarali is a PhD student in Journalism and Mass Media at the Aristotle University of Thessaloniki in the field of External Policy and the Media. Her special interests focus on new media and identity issues. Currently, she is researching the expression of nationalism and cosmopolitanism in the Greek blogosphere. She also works as a journalist for the Greek Public Television, ERT, covering international news, academic and scientific issues. 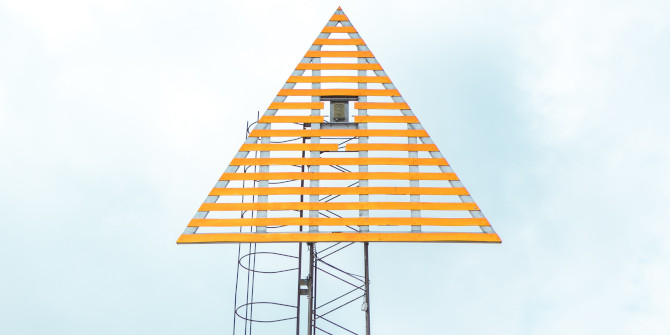 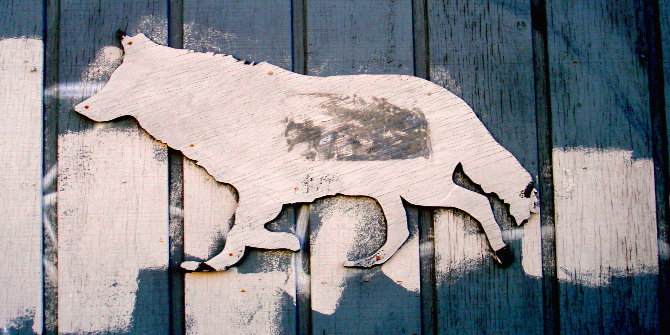