In his latest offering, The Lure of Technocracy, Jürgen Habermas argues for Europe to continue working toward a closer political union based upon a discourse-theoretical model of politics. Elizabeth Folan O’Connor writes that this model can help the continent reach a place where all the nations of Europe stand alongside each other as equals in a democratically legitimate political union, as opposed to creditor and debtor member states of a dysfunctional monetary union. With a fragmenting European Union threatening to unravel all progress to date, Jürgen Habermas’s latest book, The Lure of Technocracy, the third book in a series, explores a crisis-stricken EU as it struggles to deal with the banking and sovereign debt crisis in the aftermath of the global financial collapse of 2008. Beginning with an analysis of the structural design flaws that made the EU vulnerable to crisis, the first two sections of the book explore the obstacles that threaten the project, and a pathway for moving closer towards political unification via the transnationalisation of democracy.

From the perspective of the philosophy of law, Habermas sees the main obstacles facing the EU today as a crisis of legitimacy. Arguing against a retreat back to the defensive position of the nation state that other leading European intellectuals prescribe, including Wolfgang Streeck, Habermas makes a case for Europe to continue working towards closer political union. Fearing the ‘abject spectacle of a capitalist world society fragmented along national lines’, the only way forward is to progress beyond what is, in effect, a monetary union designed by elites towards a democratically-legitimate supranational political union of equal states and equal peoples legitimised not only in law, but by a rational and robust European public sphere.

Key to achieving this in the short term, according to Habermas, will be to elevate the European Parliament to the same status as the Council. It will also require Germany to accept short and medium-term negative redistributive effects in its long-term interests, and for the UK to vote to stay the course. All of which will necessitate brave leadership similar in scope to the kind Churchill demonstrated after the Second World War.

The longer-term, however, will need a monumental leap of faith from politicians, political parties and citizens alike. They will have to move beyond the loss of decision making power that has them paradoxically clinging firmly to traditional notions of the nation state (and its porous borders), towards a higher level, constitutional process. What Habermas prescribes is nothing short of a philosophical recalibration of the politics of the left and the right: something that will require moving beyond the politics of divide towards a discourse-theoretical model of governance that acknowledges the legitimacy of both.

With this, Habermas advances an argument first developed in Between Facts & Norms (1992). He does so as a way to bridge the gap between the two conceptions of political theory that have divided politics ever since the first French assembly took their seats according to their differing opinions about the demise of the ancien regime – those on the right of the assembly seeking to preserve the republican rule of law (the ‘ancients’) and those on the left seeking to embrace progressive liberal democracy (the ‘moderns’). Bridging this divide will require each to acknowledge the legitimacy of both via a discourse-theoretical model of politics that does ‘justice to the intuition that democracy and the rule of law are co-original’.

If Europe is to succeed in progressing towards a closer political union, European politicians, political parties and peoples will have to realise that the ancient rule of law and modern democracy are in fact, ‘co-original’ and not left versus right, ancient versus modern, republican rule of law versus liberal democracy, but both at the same time, buoyed by the informed discourse of a rational public sphere. It will need solidarity, Habermas argues, that is closer to the original meaning of fraternité, before processes of modernisation hollowed out the idea and led to class antagonisms.

It may take a good deal of commitment, transparency and leadership in an age when access to information (and misinformation) is only a click away, but for Habermas, only the discourse-theoretical model of politics can help member states move beyond the politics of divide. This argument continues one of the most enduring threads in his intellectual life: the call for the nation states of Europe to embrace historical progress by continuing, not abandoning, a model of global governance derived from Kant’s cosmopolitanism, which is predicated on the assumption that individual and political ‘basic rights’, on which democratic constitutions are founded, also apply to states and organisations across national borders. From this core conception, only when a constitutionally-legitimate supranational European political union of equals transcends its differences will an invigorated EU take a stronger and more coherent role in dealing with the problems facing world societies today.

Although a ‘translingual citizenship uniting such a variety of different languages is a novelty’, Habermas argues that Europeans already share the principles and values of largely overlapping political cultures. He reasserts his view of the importance of the public sphere in the processes of legitimation. A European-wide political communication within a rational and robust public sphere will help it abandon the ‘institutionally-frozen picture of the constitutional state’ because it will help us all see that there are certain issues that transcend the individual, culture and the nation state. We can already see the beginning of what this might look like as Manual Castells’ idea of the global public sphere demonstrates how individuals all over the world are beginning to coalesce arguments around similar themes, such as inequality, global warming and human rights.

Although it will be no small feat to move beyond over 30 years of embedded neoliberal capitalist organisation that sees member states categorised according to creditworthiness, in many ways there is no alternative – one only needs to have witnessed the impact of the banking crisis on some of Europe’s weakest members to see that the costs of failure are too great, that Habermas is right when he says that renouncing the difficult work of closer European unification will in the long-term mean turning our backs on world history, and, in particular, social gains and normative achievements of the democratic state are under pressure as much from a resurgent Russia as they are from global capitalism.

With this book, Habermas, philosopher, social theorist and leading European intellectual, outlines the main obstacles dividing Europe so that it may continue the ‘civilisational achievements’ it managed to forge out of the ruins of the Second World War, to reach a place where the all the nations of Europe stand alongside each other as equals in a democratically legitimate political union as opposed to creditor and debtor member states of a dysfunctional monetary union. But don’t just take Habermas’s word for it – as he cites in the preface to this edition, Churchill himself made the case for ‘a kind of United States of Europe’ in a speech he gave at the University of Zurich on 19 September 1946, asking a question that might be asked again today: ‘Why should there not be a European group which could give a sense of enlarged patriotism and common citizenship to the distracted people of this turbulent and mighty continent?’

Note: This article gives the views of the author, and not the position of EUROPP – European Politics and Policy, nor of the London School of Economics. Featured image credit: MPD01605/Flickr (CC-BY-SA-3.0) 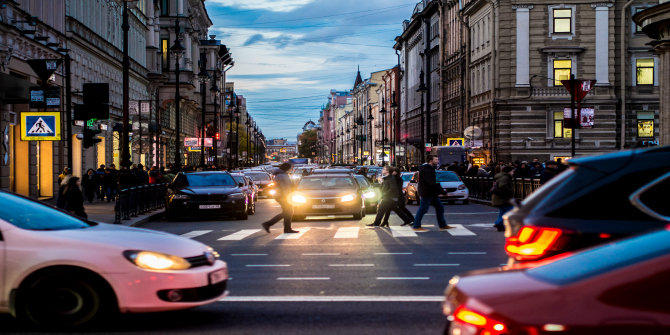 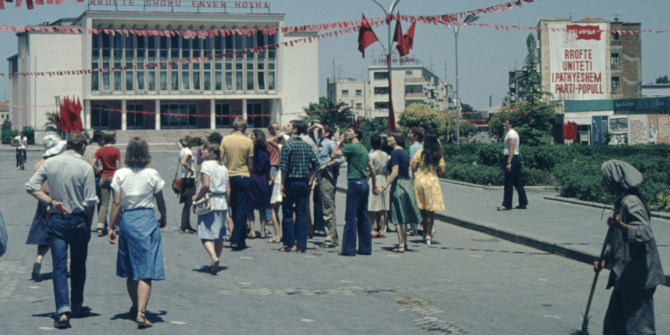