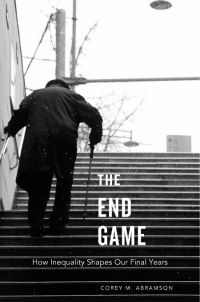 Corey Abramson’s book, The End Game: How Inequality Shapes Our Final Years, takes readers on a journey through geriatric inequality to illustrate how the supposed golden years of retirement remain an illusion for many individuals. Michael Warren writes that the book offers an admirable attempt to assess a key question, namely how the provision of services for the elderly can cater to individual circumstances rather than treating pensioners as a unified group.

The End Game has been produced from two and a half years of fieldwork in four neighbourhoods of the California Bay Area whilst Abramson was a PhD student at Berkeley (he is currently Assistant Professor of Sociology at the University of Arizona). The book takes its title from using facets of baseball to explain inequality in the latter years of American lives. Even for non-baseball aficionados like me, the analogy works. In fact, bafflement at baseball is the desired effect! For it is only when Abramson watches a baseball game with an interviewee that he realises in spite of knowing all the parts of the game, he only has a ‘superficial’ understanding and did not fully comprehend baseball’s ‘connections between the players, team dynamics, rules, strategies, individual backstories…’. Accordingly, the book is organised into five sections alluding to the game: “(1) Who gets to play, (2) the rules of the game, (3) the shape of the playing field, (4) the strategies of the players, and (5) team dynamics”.

In a similar vein to a good cartographer, Abramson maps the archipelagos of social networks and how they help seniors prosper both in terms of economics and happiness. Seniors with a dense network of family and friends often fared better in the ageing process, as they could count on those relations to give them lifts to destinations and deliveries of food, engage in conversation, and other actions that are taken for granted by younger citizens. When the archipelago of friends is minimal around an elderly person, life becomes tougher. For example, they are forced to take a bus to obtain required items. It is a testament to Abramson how well he portrays the draining effect of taking the bus, or the act of waiting for a clinic operative to provide older citizens with the necessary drugs that can be more easily procured by wealthier geriatrics or those with strong social networks.

He succinctly observes: ‘While being forced to wait is an inconvenience for a healthy person in middle-age, for seniors with limited energy, waiting an extra half hour is not only anxiety-producing but potentially dangerous, because having less available energy increases their chance of a fall’. It is not uncommon that seniors with smaller social networks are poorer and are trapped in a vicious circle where they cannot afford to go out and meet other people or hire the necessary helpers to aid them, and are thus sent into a spiral of further unhappiness and isolation. There is some solace though in that the existence of a social network does not necessarily mean it will be advantageousness. In fact, one interviewee found her family to be a continual source of stress where her brother forced her to move out of her mother’s house.

Avoiding reductionist frameworks and showing the hugely varying lifestyles of Californian seniors, The End Game poses a profound question: how can the provision of services for the elderly cater for individual circumstances and not merely treat the aged as one grey block? Abramson eloquently and comprehensively expounds this complex question, but an adequate answer is still in the earliest stages both in the book and society at large.

Michael Warren
Michael Warren completed an MSc in Empires, Colonialism and Globalisation at the LSE in 2012, having graduated from the University of Sheffield (studying on exchange at the University of Waterloo, Ontario) with a BA in Modern History in 2011. He has researched as part of an open data project for Deloitte and the Open Data Institute, and worked for the All-Party Parliamentary Health Group. He is an Analyst at Accenture. 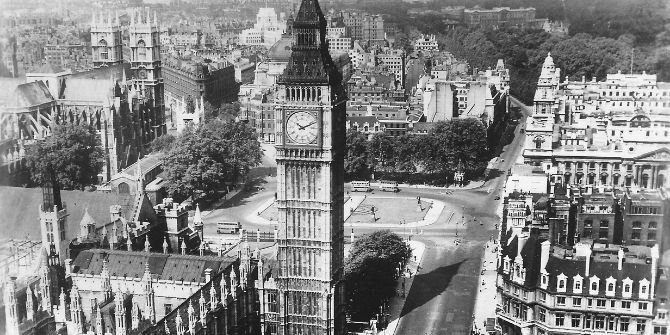