What effect has European integration had on inequality? Tobias Tober writes that while from a theoretical standpoint both economic and political integration can be linked to inequality, there is a lack of conclusive evidence on the actual effect in practice. Based on a study of 14 EU member states from 1999 until 2010, he illustrates that although economic integration appears to have no statistically significant impact on levels of inequality, political integration is consistently associated with a more unequal distribution of income.

For quite some time now, social scientists have been concerned with the possibility that European integration might cause rising levels of income inequality in member states. This concern is based on a wide range of arguments, which – despite their diversity – can be classified into two groups: inequality-enhancing effects of economic integration on the one hand, and the effects of political integration on the other hand.

The link between economic integration and inequality

The theoretical arguments linking economic integration – that is the openness of national economies for intra-regional trade – to inequality build on the assumption that economic integration within the European Union adheres to similar laws as on the global scale. Thus, the mechanisms behind the distributional implications of globalisation should be relevant in the regional context too. The literature identifies three ways in which European economic integration might affect inequality.

The Common Market has created a huge labour pool and has opened up new opportunities for investment in other European countries. The quantity of production factors available to firms has therefore been greatly expanded. This, in turn, puts wage pressure on domestic workers because these workers can be more easily substituted by foreign labour and non-labour factors of production.

Secondly, economic integration has decreased the bargaining power of unions and so weakened their ability to protect workers from possible adverse effects of a system of free markets. This is not only a consequence of growing wage pressure, but also follows from the fact that capital is more mobile than labour within an internal market, whereas unions are mainly organised nationally.

Thirdly, the loss of control over national boundaries has made it increasingly difficult for governments to tax mobile factors of production. Thus, national governments feel forced to engage in regulatory competition with each other in an attempt to attract these mobile factors by low taxes. Since fiscal capacity determines what policymakers can do, a lower tax yield is associated with less redistribution.

The underlying logic of the effect of political integration – that is the allocation of political competences to institutions of the European Union – on inequality is much more specific to the European context. Here welfare state research has argued that the process of European political integration is biased in favour of economic interests and neglects the social policy dimension, essentially undermining the viability of national welfare states. Particularly the impact of the Economic and Monetary Union (EMU), often described as the biggest step in European integration, has been discussed in this vein (for instance here).

The argument rests on the so-called euro convergence criteria. With the signing of the Maastricht treaty in 1992, the member states obliged themselves to meet these criteria before entering the EMU. The convergence criteria require compliance with specific inflation targets, annual government budget deficit and debt-to-GDP limits, exchange rate rules, and interest rate levels. To ensure compliance not only at the time of adopting the euro but also in the following years, the Stability and Growth Pact (SGP) entered into force in 1998. Since then, various efforts have been made to tighten the regulations of the SGP and introduce greater macroeconomic surveillance.

Despite these attempts to impose tighter fiscal rules on EMU members, critics have questioned both their effectiveness as well as their successful implementation from the beginning, and the ubiquitous trends of high deficit spending and accumulating debt in euro countries seem to confirm this point of view. A first statistical analysis of this matter, however, suggests that overall government debt would be even higher if the SGP had not been introduced. This finding supports the claim of those commentators who argue that membership of the EMU induces fiscal pressure on euro countries by obliging them to adhere to stricter budgetary rules.

Due to these budget constraints, in turn, governments are forced to curtail public expenditure, in particular social spending. Even though the degree to which welfare states contribute to the mitigation of inequality depends on their respective institutional design, there is sound evidence that post-tax and post-transfer levels of inequality are on average lower in more generous welfare states. Thus, the spending depressing effect of political integration should lead to higher levels of inequality.

In a recent study (co-authored with Marius R Busemeyer) I have applied statistical regression techniques that take advantage of yearly variation for the time period 1999-2010 in 14 European union member states. This analysis shows that, while economic integration exhibits no systematic relationship with inequality as measured by the Gini coefficient, political integration is consistently associated with a more unequal distribution of income. The result is robust to the inclusion of a large number of control variables and to different statistical specifications.

Third, the current institutional and political setup of the European Union certainly does not seem to be an effective counterweight against the ubiquitous trends toward rising inequality. On the contrary, political integration in its current form contributes to this trend by threatening the financial viability of national welfare states.

More research is needed to substantiate these conclusions, especially since both the sample of countries as well as the observed time period are fairly limited. Furthermore, another interesting avenue for future research is to examine the individual-level implications of European integration. For instance, although economic integration seems not to have an effect on inequality, it still might affect individual citizens and their policy preferences.

Note: For a longer discussion of this topic, see the author’s recent paper in European Union Politics. This article gives the views of the author, and not the position of EUROPP – European Politics and Policy, nor of the London School of Economics.

Tobias Tober – University of Konstanz
Tobias Tober is a member of research staff at the Political Science division, Policy Analysis and Political Theory unit, in the Department of Politics and Public Administration at the University of Konstanz. His research interests include comparative politics, political economy, and applied quantitative methods. 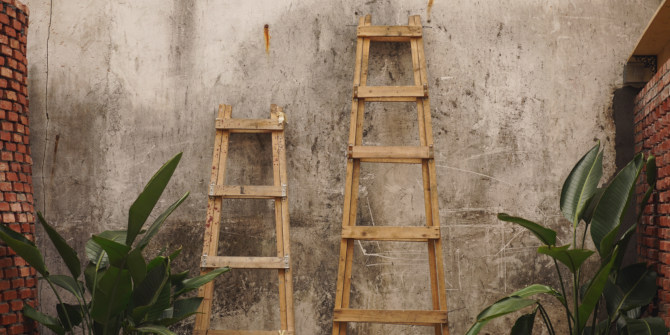 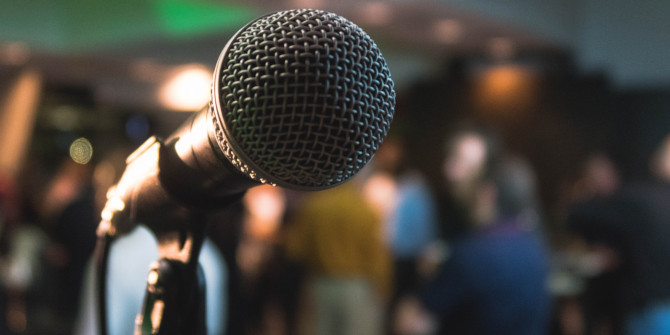