To what extent has there been a shift in attitudes toward asylum seekers in the UK during the refugee crisis? Bridget Anderson writes that in the wave of support for welcoming refugees there has been a surprising silence about the situation of asylum seekers already in the UK. She argues that if we are to avoid a competition between marginalised and impoverished groups it is necessary to make the case that better services for Syrian arrivals must mean better services for everybody.

There have been two big shifts in British public debate in recent months. The first is the growing discontent with the politics of austerity, most evident in the startling election of Jeremy Corbyn. The second is the popular groundswell of support for refugees. A few months ago, who would have anticipated demonstrations proclaiming “Refugees are welcome here”? However, unless anti-austerity politics addresses migrants’ rights, and support for refugees extends to those marginalised by the cuts to welfare, both movements will be fatally weakened.

It has become commonplace for politicians of all parties to recite standard references to the Huguenots and Jews and Britain’s ‘proud history of welcoming refugees’ as a prelude to introducing ever harsher immigration and asylum laws. Over the summer months, confronted with the deaths, violence and misery at the borders of Europe and the port of Calais, such claims began to increasingly ring hollow.

The government has clearly recognised the strength of public sentiment and David Cameron has promised to accept 4,000 refugees a year from camps in Syria. Many local authorities are willing to support this initiative, but they are calling for more money to fund the housing, school places and other local services that this will require. For local authorities are, as we know, extremely hard pressed. We have seen drastic cuts across the board in care provision, libraries and leisure facilities, infrastructure maintenance, community centres and other services. We have also seen dramatic rises in poverty for people living in the UK. Bedroom tax and benefit caps have hit the most vulnerable British residents – the necessary price, we are told, to balance the books.

George Osborne has proposed to redirect money from the foreign aid budget to cover the costs for one year. This is a financial move reminiscent of the Newton Fund, which saw the transfer of 365 million pounds from DfID to BIS to support science and innovation partnerships with researchers from middle income countries, meaning the money could go towards the government target of 0.7% of GDP on international development while also being counted as part of the UK’s science budget. It is, one might argue, an interesting recognition of the relation between development and global mobility.

It is not only the Treasury offering monies. There has been an unprecedented show of public support for new arrivals, and people are promising to open their houses to refugees from Syria in particular. This is an exciting development, but it is possible, though not easy, to live with strangers (who, it may turn out, one does not particularly get on with, and who may be unable to find work, ending up sitting at home all day under stress about their longer term prospects). It is even less easy to live with them as equals. Such generous gestures will require considerable support after the initial wave of enthusiasm has worn off.

But in the genuine wave of support for welcoming refugees there has been a surprising silence about the situation of asylum seekers already in the UK. Some organisations – RAMFEL for example – have been making the connections between refusal of entry to the UK on the one hand, and the deliberate production of a ‘hostile environment’ for asylum seekers and undocumented migrants inside the UK on the other. This began with the Labour Government’s pursuit of ‘bogus asylum seekers’ and has been allowed to gather pace with very little public criticism.

Asylum seekers have to wait months or years for the outcome of their asylum claim, during which time they are not allowed to work and are allocated just £5 a day cash or card support. Those who are refused have access to nothing, even if it is accepted that their country is too dangerous of them to return to. Destitution is a serious problem for these people. New refugees may be welcome, but long-term resident asylum seekers can be found sleeping outside your local supermarket.

Levels of poverty are increasing in the UK, and not only for asylum seekers. How will the promises of support extended to Syrian refugees be perceived by the hundreds of thousands of people who have had their benefits stopped or capped, who are sofa surfing, scraping by on minimum wage salaries, or dependent on working tax credits that are soon to disappear? Or the people on housing lists or going to food banks who see that Syrians are accommodated but not them?

If we are to avoid a competition between marginalised and impoverished groups it is necessary to make the argument that better services for Syrian arrivals must mean better services for everybody. This takes supporters of refugees off the terrain of humanitarian responses, and demands they argue for common interests rather than special cases. We can all agree that the current situation needs bold thinking and new paradigms. I would suggest that connecting the discontent with austerity and support for migrants is a critical first step.

Note: This article was originally published on Oxford University’s COMPAS blog. It gives the views of the author, not the position of EUROPP – European Politics and Policy, nor of the London School of Economics. Featured image credit: Mstyslav Chernov (CC-BY-4.0) 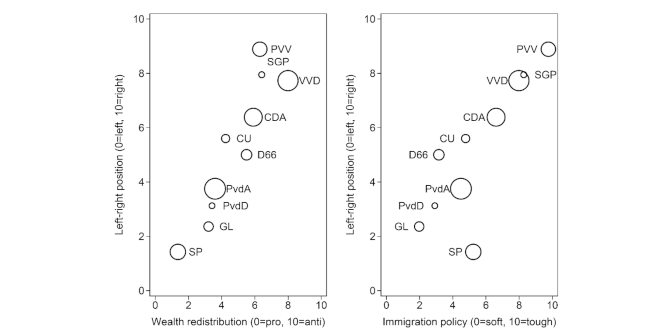