With a general election in the Republic of Ireland imminent, gender quotas have already doubled the proportion of women candidates relative to the 2011 general election. In most cases the implementation of quotas at constituency level has been straightforward. However, problems have arisen largely due to ‘local’ versus ‘central’ conflict, writes Claire McGing. Here she explores how the tensions between gender quotas (system democracy) and decentralised selections (party democracy) might be managed.

Though not without its critics – the legislation is currently being challenged in the courts – the quota was introduced by the Fine Gael-Labour Party coalition in response to the overwhelming under-representation of women in Dáil Éireann (the lower house of the Irish Parliament). Despite of the use of proportional representation (STV) and a long-standing multi-party system (factors often associated with helping women’s seat-holding), female legislative representation in the Republic of Ireland has yet to rise above 16%. By contrast average female representation in lower/single houses across the EU-28 is currently at 28%.

With a general election due to take place in the spring, data collected by my colleague Adrian Kavanagh shows that the quota has already doubled the proportion of women candidates relative to the 2011 general election. 31% (133 out of 429) of candidates selected/declared so far are female, up from just 15% in the last election. Nearly all parties have recorded significant increases in female candidacy. This has been most notable in the social conservative Fianna Fáil and Fine Gael parties where male over-representation has been historically institutionalised. Each ran just 15% women candidates in 2011: impressively after the quota, the former is currently on 31% and the latter on 29%.

While in most cases the implementation of quotas at constituency level has been relatively straightforward – few grievances have been aired in the Labour Party or Sinn Féin, for example, at least not in  the public eye – where problems have arisen, mainly in Fianna Fáil and Fine Gael, I would argue that it has largely been a ‘local’ versus ‘central’ conflict. The problem is not with women per se (although there may be an element of cultural conservatism, especially in rural constituencies), but what local party members regard as elites taking party democracy ‘out of their hands’ by issuing gender-based directives (e.g. Fianna Fáil in Longford). In some constituencies local papers have reported on party members comparing selection conventions to North Korea!

In many ways this local dissent is understandable. While party national executives in Ireland are playing an increasingly influential role in determining how many candidates are to run in each constituency and in dictating any other criteria for selection (e.g. gender or geographical balance), party selections in Ireland remain a largely local affair. Headquarters regularly add candidates to locally-selected tickets but the vetoing of nominees is extremely rare (the last case was in the 2002 general election).

All Irish parties now employ One Member One Vote (‘party primaries’ are they are referred to in the recruitment literature), with Fianna Fáil being the last to adopt this in 2012. And while this is certainly a ‘plus’ on the balance sheet for internal party democracy, scholars show it  is more difficult to select socially-balanced candidate slates when the selectorate is large (Rahat, 2009). Decentralised selections tend to be based on patronage and individualism and favour the nomination of well-networked party members, who are usually ‘local’ men (Bjarnagard, 2013; Kenny 2013; McGing & White, 2012). By contrast centralised party selections with many women and/or equality-conscious men in the party leadership, seem to be more inclusive of female candidates (Kittilson, 2006).

Thus, as Childs (2013) and Rahat (2007) and have pointed out, we need to draw a distinction between party-level and system-level democracy. “In short, there is a tension between the fullest participation and the most comprehensive representation, since maximising the former may impinge upon the latter (Rahat, 2007: 166)”. To enhance women’s representation, in Ireland and elsewhere, internal party democracy may need to be ‘managed’ in some cases if it does not encourage the electoral progression of women from the grassroots, at least in the short term until female candidates become more of a norm. In the Irish case, candidate selection by rank-and-file members has simply not resulted in more women being approached to run and/or selected (McGing, forthcoming). Socially-balanced representation, in terms of gender and otherwise, is in itself a democratic indicator and political parties remain the main ‘gatekeepers’ to political office (Hinojosa, 2012). Party selection is the ‘choice before the choice’ (Rahat, 2007).

The optimal situation would be to create localised competition amongst women nominees – if party headquarters specify that a certain constituency must run a woman candidate, local parties could aim to find a number of interested female nominees (all parties in Ireland have between one-third and one-half women members) and allow card-carrying members to select the candidate/s at local conventions. This would allow women to come through the process more organically, thus satisfying members who may feel disenfranchised if candidates are imposed on them, while fulfilling the aim of increasing the number of female candidates nationally.

Note: This article was originally posted on Democratic Audit and it gives the views of the author, and not the position of EUROPP – European Politics and Policy, nor of the London School of Economics. Featured image credit: Aslan Media / Flickr (CC BY-NC-ND 2.0) 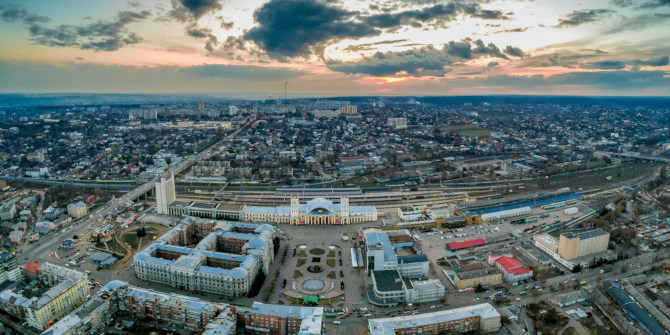