To mark the end of the year we’ve compiled the top five EUROPP interviews from the last year – measured by visits. 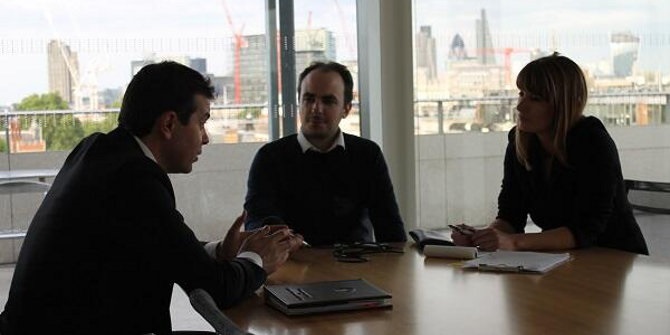 “The Eurozone has become a glorified debtors’ prison”

With no lasting solution yet found for dealing with Greek debt, and economies in the Eurozone continuing to suffer from weak growth, how can Europe finally solve the problems brought on by the financial crisis? In an interview with EUROPP’s editor Stuart Brown, Philippe Legrain discusses the policy failures at the root of the crisis, the need to stimulate demand in Eurozone economies, and why the German focus on cutting wages to improve competitiveness is simply exacerbating existing problems.

Are Europe’s welfare states fit to meet the demands brought on by the financial crisis? In an interview with EUROPP’s Managing Editor Stuart Brown, Tito Boeri discusses the need for a ‘stress test’ of the European welfare state, why citizens in southern European countries have been much more susceptible to poverty during the crisis, and the role that EU cooperation should play in providing a more effective safety net for European citizens.

How has opposition to the European Union changed in light of the Greek debt crisis, the UK’s planned referendum on EU membership, and the migration crisis in the Mediterranean? In an interview with EUROPP’s editor Stuart Brown, Catherine de Vries discusses the impact the UK’s referendum might have on the continent, the nature of left-wing Euroscepticism, and why immigration remains the most important issue for David Cameron in his efforts to reach a deal on EU reform.

Macedonia’s government has been accused by opposition politicians of operating an illegal wire-tapping programme, generating a major scandal. In an interview with LSEE’s Tena Prelec, Macedonia’s Deputy Prime Minister in charge of European Affairs, Fatmir Besimi, discusses the scandal, recent protests over education reforms, and efforts to increase media freedom in the country.

“The Brussels Agreement between Serbia and Kosovo was based on conversation, not on EU pressure”

In 2015, the leaders of Kosovo and Serbia met again to resume the dialogue which produced an agreement on normalising relations in 2013. In an interview with LSEE’s Joanna Hanson, Sir Robert Cooper, one of the lead EU negotiators in the process, discusses the logic behind the talks, his surprise at the 2013 agreement, and the prospects for reaching true normalisation between both parties.